How four cousins made wine a classless drink 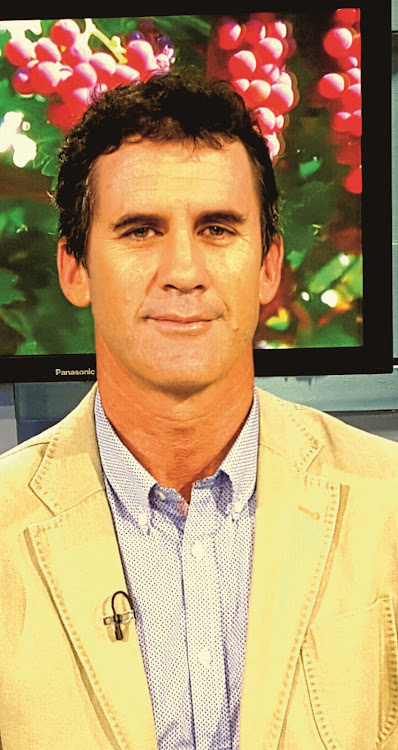 WITH gin and craft beer giving the traditional wine market a run for its money, brand identity and tactical advertising have become critical, says Phillip Retief, CEO of Van Loveren Vineyards, the company behind the ubiquitous Four Cousins label.

The first question everyone asks him is: do the cousins exist beyond the logo? He’s one of four family members who joined forces in the mid-1990s: Hennie and Neil are the viticulturists, Bussell is the winemaker and Phillip looks after the business and marketing.

The Four Cousins brand hit the shelves 15 years ago and is now a leader in the mass-market glass bottle category. Retief says the SA wine market is a dichotomous one. While the sector has grown 10% in the past decade, there are now 300 labels and margins are thin. “It’s vital to find clear brand differentiation and with whisky and cider also growing, the challenge to get share of throat is a real battle but one which I think we’re winning.”

Marketing wine, says Retief, has its own challenges, which are mainly about overcoming perceptions. The prevailing sentiment is that wine is for the affluent, but he contends it has become a classless drink with a specific taste that SA consumers like. “The industry talks dry but 80% of consumers drink sweet.”

Retief says the Four Cousins brand has simply exploited a disconnect in an industry that sometimes thinks “it’s more important than its customers”.

Brand building has been slow but deliberate and has been allowed to find its feet. Retief says it took six years for Four Cousins to find market traction, bolstered by gut feel and minimal advertising spending at first. He quips: “Had we done market research in the beginning we probably would never have launched the brand. We infiltrated it by stealth.”

While rosé and red variants remain cash cows, Retief says the brand is at a crossroads where leverage and extension are the logical next steps. A whisky is being launched under the name Scottish Cousin, as well as a range of ciders.

The brand will continue playing the lower and mid-level market and expects this loyal demographic will remain wine drinkers, “sweet now and dry later”. Being part of the giant Van Loveren operation means there are other varieties in the cellar that can be included in time.

There is no fascinating backstory to the brand name. “We thought everyone has a cousin; it was a name all consumers could relate to.” While word of mouth and recommendation remain a big part of the marketing strategy, it now uses above-the-line techniques, including television advertising, but Retief has yet to be convinced of the power of social media in the sector.

The brand is pursuing an aggressive export strategy, notably in Africa, where it is available in 20 countries.