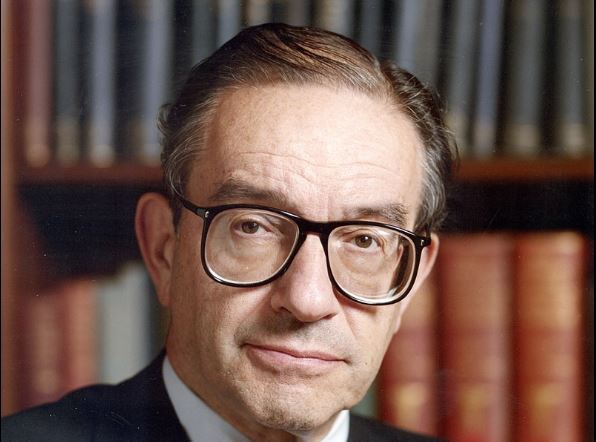 “It is just not credible that the United States can remain an oasis of prosperity unaffected by a world that is experiencing greatly increased stress,” opined Alan Greenspan almost exactly 20 years ago.

With the dollar’s surge and Turkey’s crisis threatening a far deeper implosion across emerging markets, his words are just as relevant today: how long can the Fed continue going it alone in raising interest rates?

If the 1998 parallels hold up - and they are plentiful and striking - probably not long at all. Just days after Greenspan’s speech on Sept. 4, 1998, the Fed was cutting rates and the dollar was falling, albeit only for a couple of months.

BARNEY MTHOMBOTHI: The mob rules in our lawless jungle while...

The source of the increased stress the then-Fed chairman referred to is pretty much the same as the root of emerging markets’ problems today: tightening global financial conditions stemming from rising U.S. interest rates and a stronger dollar.

It’s a dangerous cocktail which Fed officials, despite their comments to the contrary, will surely take into account when deciding policy in coming months. Will they raise rates twice again this year and three times next, as money markets suggest and policymakers themselves have indicated, if emerging markets are crumbling round their ears?

Greenspan’s Fed cut rates in September, October and November 1998 as the Russian and Long Term Capital Management crises rocked world markets. The safe-haven Japanese yen rose 18 pct that October, far and away its biggest monthly advance in at least 30 years.

Like then, the U.S. economy is currently enjoying a tech-led boom, policymakers are baffled by low inflation, suppressed long-end yields and the flat yield curve, and dollar-denominated debt across emerging markets is a record high. For Turkey in crisis today, read Russia in 1998.

History rarely repeats, but it rhymes. The systemic risks may be lower today because the global financial crisis and subsequent tightened regulations have reduced leverage across the financial system. But the dollar may complicate the picture.

The Fed’s trade-weighted dollar index against “Other Important Trading Partners”, essentially its value against emerging market currencies, is at its highest since January last year.

Crucially, it’s a whisker away from that peak. A break above it will lift the dollar to its highest against EM currencies since 1995, when the Fed started compiling the index, and probably since the mid-1980s post-Plaza Accord.

According to the Bank for International Settlements, dollar credit to non-bank borrowers in emerging markets rose to a record $3.68 trillion earlier this year. It’s a burden that’s becoming increasingly heavy to bear.

The dollar is up 8 percent since April, the 10-year Treasury yield is up nearly 50 basis points this year, and the two-year yield is up 75 bps at a decade-peak around 2.70 pct.

Worryingly for these borrowers, the dollar is showing no sign of pausing for breath. It’s rising against major and emerging currencies alike, with its push to within sight of 7.00/$ against the Chinese yuan catching the eye in particular.

Worryingly for markets in general, early signs of contagion, or at least increased investor hedging, are starting to appear, as shown by the Chicago Board Options Exchange’s Wall Street “skew index”. “Is the ‘skew’ index portending a major trend change again?” Smith asked in a note last month. “Only time will tell ... but there is an argument to be made that it may be worth buying downside protection over the near term, especially with the market floating on thin air.”

GARSEN SUBRAMONEY: How land expropriation will choke the economy
Next Article