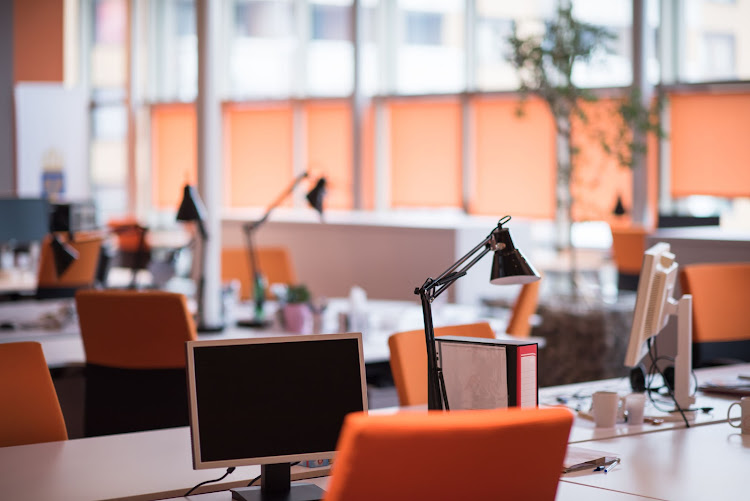 In recent years, a number of big companies – IBM, Bank of America, Aetna, Yahoo! under former chief executive officer Marissa Mayer – cut back on their telecommuting programs in the name of more interaction and cooperation between employees, supposedly fostered by being stuck together in an office. The business model of companies providing co-working spaces, such as $20 billion “unicorn” WeWork, is also based on the proposition that if people find themselves in a shared space, they’ll network and cooperate more.

It doesn’t quite work like that, though, recent research shows. At the office, be it a corporate one or a WeWork-style environment, workers these days are housed in vast open spaces designed to break down barriers. But in a just-published paper, Harvard University’s Ethan Bernstein and Stephen Turban showed, on the basis of two field studies of corporate headquarters, that the modern open office architecture tends to decrease the volume of face-to-face interaction by some 70 percent and increases electronic communication accordingly. With such a communication pattern, the workers might as well be anywhere.

JONATHAN JANSEN: 'We all have dirty hands, troubled by our divided...

The two companies Bernstein and Turban studied, both Fortune 500 multinationals, were transitioning to more open, modern office environments. One of them removed all the walls on one of its office floors. The researchers fitted workers from functions as varied as sales, technology, finance and human resources with high-tech tracking devices, so-called sociometric badges, for 15 days before and 15 days after they moved from walled offices to the new architecture. In the “walled” period, the employees spent an average of 5.8 hours a day interacting face to face; in the open space, that shrank to 1.7 hours. At the same time, they ended up sending 56 percent more emails and 67 percent more instant messages, which became 75 percent longer, too.

The second company was moving from cubicles to an open space design for its entire international headquarters. The 100 employees fitted with sociometric badges traded their seats, located some 2 meters (6.6 feet) apart but separated by cubicle walls, for workplaces located just as densely but without any barriers, in groups of six to eight desks. This decreased face-to-face interactions by 67 percent and increased e-mail traffic. Counterintuitively, the physical distance between the communicating employees had no significant effect on how they interacted. Physical proximity, it seems, is overrated as a cooperation enhancer.

Open offices, Bernstein and Turban wrote, tend to be “overstimulating.” Too much information, too many distractions, too many people walking around or even just staring at their monitors – all that “appears to have the perverse outcome of reducing rather than increasing productive interaction.”

“While it is possible to bring chemical substances together under specific conditions of temperature and pressure to form the desired compound, more factors seem to be at work in achieving a similar effect with humans,” the researchers concluded. “Until we understand those factors, we may be surprised to find a reduction in face-to-face collaboration at work even as we architect transparent, open spaces intended to increase it.”

The authors don’t psychoanalyze their results. One possible explanation is that placing people in an enormous fish tank in which they have no personal space makes people cringe rather than make them more gregarious. The corporate world pushes extroversion on people, most often through a relentless meetings culture. Some find that not only uncomfortable – they unconsciously try to minimize human contact and resort to less personal electronic communication. There could be other explanations: For example, it’s easy to see in an open space that someone is busy, so people may be reluctant to interrupt a colleague in the middle of a pressing task.

But no matter what’s going on psychologically, the changes in the communications mix can hurt the business. Bernstein and Turban noted that the first company’s executives reported to them “that productivity, as defined by the metrics used by their internal performance management system, had declined after the redesign to eliminate spatial boundaries.” That, they noted, was consistent with research that shows that declines in media richness – that in, in the involvement of all our senses in communication – adversely affect productivity.

Freelancers and small company founders should be mindful of this effect when they trade their home officers for WeWork subscriptions. In a WeWork office, one gets 60 to 80 square feet of space, compared with the U.S. corporate standard of about 200 square feet. Though some can use the proximity and the ingeniously designed common areas for networking, many could end up putting less effort into work while still communicating electronically rather than face-to-face. Recent research shows work effort to be higher at home than in any office environment. Even if a full-time telecommuter gets a little claustrophobic and begins to neglect personal care these can be reasonable sacrifices to make for higher engagement and productivity, not to mention the benefits of eliminating the commute to work.

For bigger companies that value human interaction and old-school face-to-face collaboration, eliminating open-plan offices altogether is not the answer of course. And there is no indication that people are working less productively or effectively just because there is less face-to-face interaction; quite the opposite might be true. Many employers already offer flexible working so that employees can work from home at times. There is no academic research yet into what such a mixed regime would do to the quantity and quality of interactions, but I suspect employers might find workers will develop a hunger for more human contact, not for more emails and messenger chats, while they’re cloistered at home.

Modern technology allows employers to test out all the options using the same kind of equipment as Bernstein and Turban. If the goal is to maximize productivity, they should do it rather than rely on intuition and anecdotal evidence.

1.
REVEALED: How Eskom load-shedding was a get-rich ...
Business
2.
SABELO SKITI: Dudu's gone but SAA's new pilot is ...
Business
3.
Meet Adila Chowan - the woman who brought down ...
Business
4.
What Judge Davis said about the Absa 'lifeboat' - ...
Business
5.
THE STEINHOFF SAGA: PART ONE - The making of a ...
Business

1.
REVEALED: How Eskom load-shedding was a get-rich ...
Business
2.
SABELO SKITI: Dudu's gone but SAA's new pilot is ...
Business
3.
Meet Adila Chowan - the woman who brought down ...
Business
4.
What Judge Davis said about the Absa 'lifeboat' - ...
Business
5.
THE STEINHOFF SAGA: PART ONE - The making of a ...
Business