The rise and rise of the big tech stocks 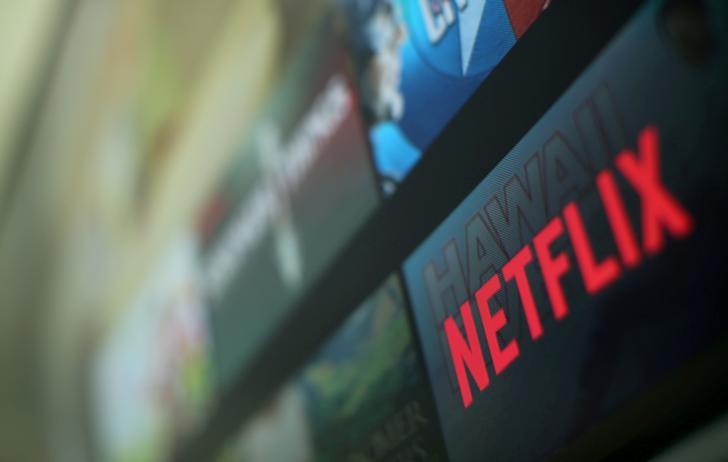 The Netflix logo is pictured on a television in this illustration photograph taken in Encinitas, California, U.S., on January 18, 2017. Pic: REUTERS/Mike Blake

Four of the five so-called FAANG stocks – Facebook, Alphabet, Amazon and Netflix – surged to all-time highs on Wednesday, with only Apple spoiling a perfect scorecard.

The five heavyweight stocks also powered the Nasdaq Composite .IXIC to a record high and helped the broader S&P 500 .SPX shrug off concerns over tariffs between the United States and China.

Trade war worries have limited the benchmark S&P 500’s gain to about 3.5 percent this year, but the FAANG group, whose businesses are largely immune to trade and tariffs, has surged 10 times in this period.

"We’re seeing a big question mark over global trade ... and whenever you see the market get in trouble, it’s always important to look for leadership and isolate strength,” said Adam Sarhan, chief executive officer of 50 Park Investments in New York.

Even among the group, there were clear winners.

Netflix has surged about 120 percent in 2018, more than double the roughly 50 percent increase in Amazon, the next best stock.

A distant third is Facebook, now up about 14 percent for the year after recovering from a slide in the wake of the Cambridge Analytica scandal. Just behind it is Alphabet, with a 11.5 percent gain.

Lagging the group with an increase of about 7 percent is Apple. Its stock this year has been weighed down by persistent fears over slowing demand for its new iPhones.

Nonetheless, the FAANG group, according to a Bank of America Merrill Lynch poll, was the most “crowded” trade by investors for the fifth month in a row in May.

JONATHAN JANSEN: Why comparing Zuma to Verwoerd achieves nothing
Next Article