Be sure to scrutinise your tax auto-assessment before accepting it 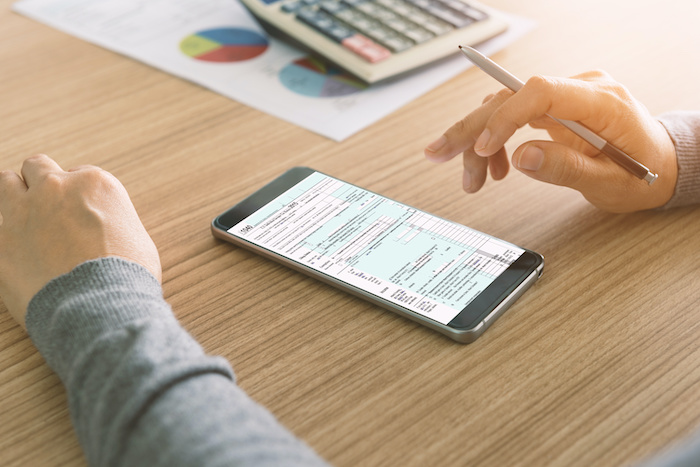 If you have simple tax affairs, an auto-assessment may have made your life easier but there have been plenty of errors on its debut. Picture: 123RF/PHONLAWAT CHAICHEEVINLIKIT

If you are one of more than three-million taxpayers to have received an auto-assessment, you need to go through your return very carefully before simply clicking accept.

If you have simple tax affairs, an auto-assessment may have made your life easier but Doné Howell, director of tax at BDO, says with it being implemented for the first time, there have been plenty of errors.

“This is only to be expected in the first year of implementation and most of the errors relate to discrepancies between the verification, which the third party institutions (banks, medical schemes, retirement annuity (RA) funds, and employers) provided to the SA Revenue Service (Sars), and the actual tax certificates. In other cases, there is simply no information prepopulated on the return,” she told Tax Indaba 2020 last week.

Howell explains that in the current tax year, Sars implemented a three-phase approach that was intended to focus more on verifying third-party data with a view to decreasing the effort and time required from taxpayers and tax practitioners.

The information that you previously would have filled in on your tax return is now being sent directly to Sars by several third-party providers and not just your employer. This would now include, for example, your medical scheme tax certificate, your IRP5 from your employer, your retirement annuity (RA) certificate and your interest certificate. This information is then used by Sars.to prepopulate your tax return. The idea is that when you receive an SMS from Sars to say that you have been auto-assessed, all you have to do is double-check the information already filled in for you and click “accept”.

However, since the notices of auto-assessments went out via SMS in August, some taxpayers and their practitioners have identified problem areas:

Joon Chong, partner at Webber Wentzel, warns that if any amounts on your third-party returns are not correct and your auto-assessment reflects the same incorrect information, you have to contact the relevant third party to amend the information they have sent to Sars before the Revenue Service will update your auto-assessment.

Howell says the initial concern is that the end of May was the deadline for the third-party providers to send their data to Sars.

The section showing the interest you earned on savings or investments for the year is prepopulated and you cannot rectify it if incorrect.

“Neither the tax practitioner nor the taxpayer can reduce that figure or remove it. You are only allowed to increase that amount,” Howell says. This is a problem because typically, interest received by or accrued to a nonresident from a source within SA is exempt from normal tax in SA.

She also notes that the interest is noted as a lump sum on the auto-assessment. This means, for example, if you have several different interest-earning investments, you must add up the different amounts as reflected on the actual tax certificates issued by your financial institutions and then check if the total tallies with the amount reflected on the auto-assessment.

Howell says if you disagree with any information on your auto-assessment, you should not click accept but rather take it up with your tax practitioner or with your third-party providers.

While Sars may have made a fanfare around the new auto-assessment process, in many cases it was eclipsed by Covid-19 news. The notifications alerting taxpayers that they had been auto-assessed were sent directly to the taxpayers in August via SMS.

“With so many fraudulent scams doing the rounds, many taxpayers either ignored the message or had no idea what to do with it. We had hundreds of irate clients contacting us to query these SMS notifications and they were frustrated that they had been contacted directly, when they have appointed tax practitioners to deal with their tax issues,” Howell explains.

At this stage, auto-assessment notifications are only sent directly to taxpayers and not to tax practitioners.

“Given the significantly shortened tax filing season for 2020, you should prepare for submission as early as possible and not wait until the last day to prepare supporting documents, check and submit your returns,” Chong warns.

When to reject an auto-assessment

Chong says you should reject your auto-assessment if you:

Q&A: Can I claim work-from-home expenses under lockdown?

The rules for who and what qualifies are specific, and getting a tax deduction might not be as simple as you think
Life
1 year ago

Q&A: My retrenchment pay was heavily taxed — is that because I withdrew from a fund before?

Beware nasty surprises in your tax after Covid chaos

Toxic cocktail of woes for taxman

Employers likely to default on retirement fund payments amid Covid-19

Sars could soon not want your tax return, just your money

Beware nasty surprises in your tax after Covid chaos

Toxic cocktail of woes for taxman

Employers likely to default on retirement fund payments amid Covid-19

Sars could soon not want your tax return, just your money