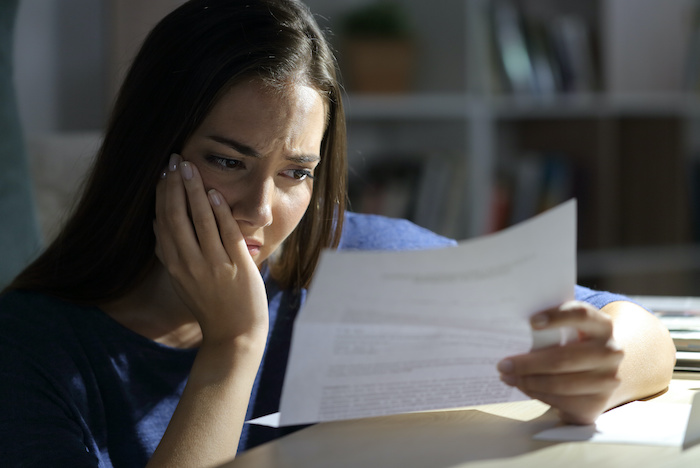 Women aged 40 to 49 are among the most claiming for income protection. Picture: 123RF/ANTONIO GUILLEM FERNANDEZ

Looking at the 2019 claims statistics of long-term life insurers Sanlam, Old Mutual, Momentum Life and Discovery Life it is clear that it’s never too early to sign up for risk cover such as life insurance, and severe illness and funeral cover.

Momentum is also paying claims for those who have enjoyed long lives. “2019 was the ninth consecutive year during which we made claim payouts for centenarians, with a total of eight death claims paid for clients over the age of 100. The oldest client for whom a death claim was paid out was a male client aged 104,” says George Kolbe, head of marketing for Momentum Retail Life Insurance.

Kresantha Pillay, Liberty’s lead specialist for Lifestyle Protector, says 26% of the group’s total income protection claims were paid out to people in the age band 31 to 40. A further 7% was paid out to those aged 20 to 30.

Momentum says the most income protection claims were for women aged 40 to 49, and the main cause was related to mental illnesses, such as major depression and anxiety.

“The increase in claims for psychiatric disorders was already emerging before Covid-19, so it is very likely that mental health conditions may increase even more due to the widely reported coronavirus-related stresses,” says John Kotze, head of protection products at Old Mutual.

Kolbe concurs, saying that Covid-19 is likely to create an increase in claims over the next year.

Momentum Life’s top causes for death claims in 2019 were cancer, cardiovascular diseases and unnatural deaths at 32%, 30% and 17%, respectively.

Kolbe says there was an alarming increase of 65% in the number of suicide claims, with men accounting for 88% of these.

Cassey Chambers, operations director at the SA Depression and Anxiety Group, notes that the suicide rate is an indication of how many people are completely overwhelmed by their problems and feel that suicide is the only option.

Typically suicide is excluded on most life insurance policies, which means that the policy will not pay out if you commit suicide. However, this exclusion is usually contingent on a waiting period of two years. Once the two-year period has expired, the exclusion no longer applies. The exclusion clause and waiting period will vary between insurers.

Kolbe says that, although the impact of Covid-19 on critical illness claims is still uncertain, Momentum has identified a number of events where it expects future claims to arise:

Sanlam product actuary Petrie Marx says the insurer paid out eight death claims during the Spanish flu of 1918, which was also the company’s first year in business.

“While we do not specifically cover virus infections other than HIV, Covid-19 will remain covered if it causes death or any other claiming benefit under a life policy,” he says. “If Covid-19 should cause you to be unable to do your work, or cause you, in terms of severe illness cover, some long-term lung damage, organ damage or cardiovascular problems, you will be covered regardless of whether it’s related to Covid-19 or something else.”

Discovery Life has already paid out 51 lump sum life insurance claims for deaths related to Covid-19 deaths and illnesses, including one for R12.5m.

Billions paid out collectively in 2019

Kolbe says that although Momentum Life has paid out more than R19bn in claims over the past five years, the payouts in 2019 were the highest to date with the single largest claims for disability (R16m), death (R27m), income disability (R167,299 a month) and critical illness (R8m).

The total paid out by Momentum Life in 2019 for individual insurance claims was R4.6bn, while Discovery Life paid out R4.8bn in claims for the same period. Liberty paid out a whopping R5.9bn in claims in 2019 — R4.2bn for life cover; R800m for income protection; and R900m for dread disease cover.

From cover for multi-organ failure, or personal cover you can change as your life changes, SA insurers are rethinking their product range
Money
11 months ago

The new wave of insurers

In the midst of a pandemic, your beneficiaries are also at risk of dying
Money
1 year ago
Next Article

Now's the time to drive your premiums down

Check your credit life cover before opting for debt relief

No blood tests if you buy life cover under lockdown

Now's the time to drive your premiums down

Check your credit life cover before opting for debt relief

No blood tests if you buy life cover under lockdown