Women not only earn less, but are paying the price of staying at home to look after children and living longer 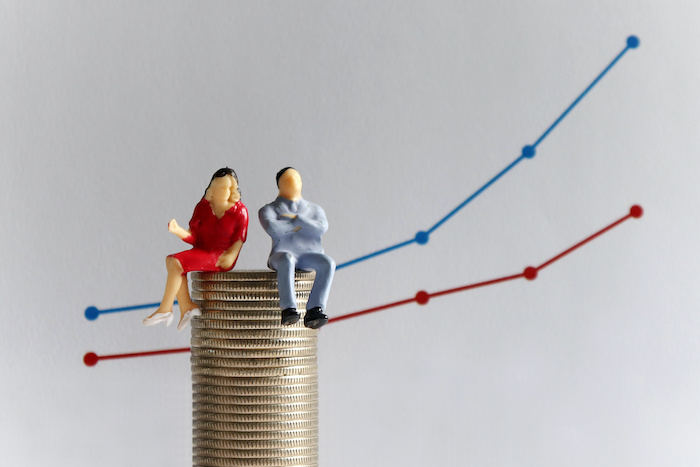 Currently, a man is able to buy an annuity with a higher guaranteed income for the rest of his life than a woman can, because life companies expect to have to pay women for longer. Picture: 123RF/HYEJIN KANG

While Women’s Day — or women’s month as it has become — is supposed to be a celebration of women, the articles and speeches about women and their finances seldom celebrate anything.

Instead they tell us the depressing things we already know — that we earn less and pay the price of staying at home to look after children and living longer.

While looking after children and living longer are blessings, financially they are not and together with lower pay leave us feeling helpless.

But we should celebrate the fact that as women, despite the odds against us, we may actually be doing better than men when it comes to managing our money.

The 2020 Old Mutual Savings and Investment Monitor shows that we’ve scored better on coping mechanisms when our finances are tight. It shows fewer women have done any of these not-so-great things with their money:

The only place where we are marginally worse than men, it seems, is on managing store card payments.

With these stronger money habits, we would be at an advantage if we enjoyed greater protection during child-bearing years and gender equal pay.

This year an article on the price we pay for motherhood in the Financial Times has a coronavirus twist. Women’s finances have been more severely affected by the lockdowns as mothers are more likely than fathers to have moved out of paid work by reducing their hours or resigning to look after children, the paper says quoting research done by the UK’s Institute for Fiscal Studies and the UCL Institute for Education.

The institutes also found that children meant women were only able to do an hour of uninterrupted work for every three that men did.

When it comes to the gender pay gap, the Financial Times, in a different article, quotes the World Economic Forum as saying women around the world had another two centuries to wait for the global gender pay gap to close fully.

Facebook COO Sheryl Sandberg told the Financial Times that 38% of the gap in pay between men and women cannot be explained by hours worked, experience and occupation — it is just employers paying less because they get away with it.

She says if the pay gap was fixed it would lift three-million women out of poverty in the US.

In SA, PwC has produced a report showing the gender pay gap for executive directors in companies listed on the JSE. The Executive Directors: Practices and Remuneration Trends report 2020 shows that the pay gap between men and women is widest in large listed companies — 45% — and differs according to industry type.

Executives in medium-sized companies earn on an average 39% less and those serving smaller companies 25%.

Why do we as women allow this pay gap and why do those who reach executive level not use their positions to campaign for an end to the gender pay gap?

When Game surveyed its shoppers this year, it found that 87% of 1,400 women surveyed were responsible for shopping decisions on household goods and groceries.

There is not a lot we can do about our longer lives other than save more than men for our retirement. But we could demand an end to discrimination on guaranteed annuities (monthly pensions).

Currently, if a man and woman have the same amount to invest at retirement, a man will be able to buy an annuity with a higher guaranteed income for the rest of his life than a woman can. This because life companies expect to have to pay women for longer.

Gender discrimination on annuities came to an end in the EU in 2012 following a ruling by the European Courts of Justice. It has never been raised in SA.

It may mean we’d pay more for car insurance and life assurance policies — we currently enjoy discounts for driving better on the whole and living longer — but it's in our vulnerable older years that we probably need the gender discrimination removed.

• Du Preez is the editor of Money

Casual bad monetary habits, or keeping up with the Khumalos, may be holding you back financially — here’s how to change that
Money
1 year ago

E-commerce and the dangerous rise of screen scraping

Women are from Venus, planet of multitasking and stability

Baby on the way? Prepare for possible pay pain

E-commerce and the dangerous rise of screen scraping

Women are from Venus, planet of multitasking and stability

Baby on the way? Prepare for possible pay pain