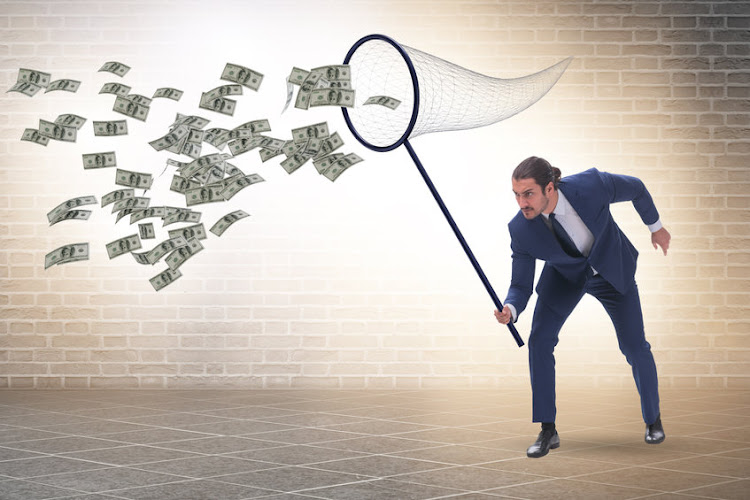 A strong and prosperous middle class is essential to a "successful economy and a cohesive society", given its purchasing power and contribution to the tax base, says the Organisation of Economic Co-operation & Development.

Yet, years after the globalisation of trade and liberalisation of markets boosted the growth of the middle class across emerging markets, financial and economic crises, and events such as Covid, have resulted in its steady erosion. This has been underscored by rising income and wealth inequality.

In SA, such socioeconomic hardship is not new. But Covid dealt the middle class a further blow, forcing many to change their expenditure patterns or turn to debt to make ends meet. At the same time, wealthier individuals experienced a faster recovery in jobs and income alike, and the lower end of the income-earning spectrum received some shelter in the form of government support efforts.

Data from the Southern Centre for Inequality Studies at Wits University shows that consumption taxes — including VAT, fuel levies and trade and excise taxes — account for the largest source of revenue locally (see graph).

Then consider the contribution of the middle class to aggregate consumption, and the "bracket creep" that arises from an increase in income taxes without an increase in real income.

And factor in the extra costs middle-income earners incur — for education, medical aid, private security bills and above-inflation utility tariff increases — as a result of the gaps in services offered by the state.

Financial and economic crises, and events such as Covid, have seen the steady erosion of the middle class

SA’s short-term fiscal and debt position has been made easier by the commodities boom. But that has no structural benefit in terms of income tax collection. Meanwhile, on the expenditure front, the government continues to face growing calls to expand the social grant system, even though the civil servant wage bill and debt service costs together gobble up nearly 45% of government expenditure. Many of the state-owned entities (SOEs) that provide critical services to SA still face financial malaise and continue to burden the government’s balance sheet.

Which all means that longer-term risks to fiscal consolidation and debt sustainability — and to overburdened taxpayers — remain.

Over the years, a smaller proportion of taxpayers has become responsible for an increasingly larger share of personal income tax. With the tax base growing more slowly than the population, the level of dependency on this shrinking tax base remains high. Annual tax statistics from the SA Revenue Service and National Treasury show that 5.2-million assessed taxpayers supported 18.2-million social grant recipients in the 2020/2021 fiscal year.

What is to be done?

On the bright side, the government appears reluctant to raise taxes in the current tepid economic environment, following an increasing household tax burden from 2003 to 2019.

But to contain its fiscal deficit, it needs to improve its strategy to extract taxes. This includes addressing noncompliance and enforcing the criminal prosecution of felonious taxpayers.

Second, the state needs to target a higher level of spending efficiency. Matching civil servant pay increases with productivity could help curb the wage bill, while the government’s new investment company, formed to manage its stakes in SOEs, should pave the way for public-private partnerships and the consolidation or disposal of these entities, where necessary.

Finally, should fiscal policy become even more distributive in the future, the government will need to keep the economy humming with higher and more durable growth that enhances employment opportunities.

For this, it needs to concentrate its efforts on improving the inclusiveness of growth — in partnership with the private sector — by fostering upward economic mobility. It can do this by reducing costs in the network industry, removing excessive regulatory red tape and addressing the slide in governance that has weakened SA’s institutions.

Ultimately, such structural reforms will be the best way to broaden SA’s tax base and restore fiscal space, while also easing the unemployment and inequality quandary. It is through reform that the government can rescue SA from its low growth trap, and cultivate sustainability.

*Packirisamy is an economist at Momentum Investments

The 2022 budget has something for everyone. But in deferring harsh spending restraints, it may be shoring up problems for later
Special Reports
5 months ago

Maiden budget was inadequate — even allowing for Covid, division in the ruling alliance and the lack of investment
Special Reports
5 months ago

The Treasury is setting aside substantial resources for employment. That requires careful stewardship of funds
Special Reports
5 months ago

DELPHINE GOVENDER: Corporate SA is losing trust in the government

Given the government’s abysmal track record of implementing reforms, businesses increasingly feel they don’t operate in a supportive, enabling ...
Special Reports
5 months ago
Next Article

COLLECTED INCOME: Rocks on a roll for revenue

CORPORATE TAX: Cut will come, just not yet

EDUCATION: For many, pit loos are to stay

MAMOKETE LIJANE: Why a basic income grant would doom poor South Africans to ...

The Eskom in the room

COLLECTED INCOME: Rocks on a roll for revenue

CORPORATE TAX: Cut will come, just not yet

EDUCATION: For many, pit loos are to stay

MAMOKETE LIJANE: Why a basic income grant would doom poor South Africans to ...

The Eskom in the room

Treasury has allocated 30% more to build ...

Sexual assault allegations are part of a smear ...