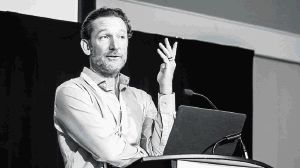 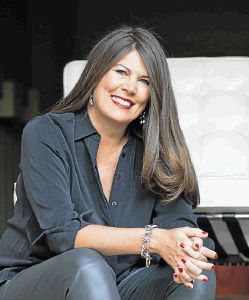 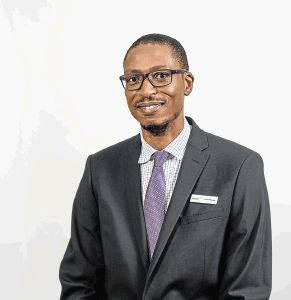 An economy in crisis, retrenchments, job insecurity, high unemployment and escalating crime are combining to cause depression and stress among many South Africans of working age.

According to the SA Depression & Anxiety Group (Sadag) one in three South Africans suffer, or will suffer, from a mental illness at some point in their lifetime.

A study conducted by Sadag in partnership with Hexor and Lundbeck, involving more than 1,000 employed or previously employed workers and managers, found that depression impairs employees’ intellectual functioning and productivity as a result of poor concentration, forgetfulness, indecisiveness, difficulties with problem-solving, slower thinking speed and negative or distorted thinking patterns, among others.

Workers with cognitive symptoms of depression, the study found, are more likely to take time off from work.

The study also found that more than 40% of illnesses are the result of work-related stress, depression, burnout or anxiety disorders and that companies are losing up to 16 days every year in productivity per employee because of this.

According to the author of The Stress Code, Richard Sutton, there are four primary drivers that induce stress and negative health outcomes. These include a lack of control over one’s work environment and life; a lack of support; a disconnect in the balance between effort and reward; and injustice, or a lack of consistency.

From an employer’s perspective, addressing a perceived disconnect between effort and reward can be achieved by relooking at remuneration, opportunities for career advancement and showing staff more appreciation.

It’s vital to examine how depression is managed in the workplace and what procedures are in place to ensure that affected employees are encouraged and supported to seek treatment, says Sadag’s operations director Cassey Chambers.

However, despite a global drive to remove the negative stigma around mental health, this has proved difficult in SA, with the result that many employees do not cite depression as a reason for absenteeism.

About 40% of illnesses are the result of work-related stress, depression, burnout or anxiety disorders

"In a tough economic climate many businesses are fighting for their survival, with the result that they’re more focused on productivity than ensuring their staff have a work-life balance and are supported from a mental health point of view," says Dean McCoubrey, founder of MySociaLife, a start-up offering an online life skills and digital wellbeing programme.

In an increasingly competitive landscape and constant smartphone access, most employees are expected to be "always on", he says. While that suits many employers, ultimately this takes its toll on employees.

"Most organisations don’t have sufficient programmes that educate employees about work-life balance, emotional and mental health, empathy, resilience and the impact of digital on our health," says McCoubrey.

Being "always on", he says, is exhausting, requiring a large amount of mental energy. "Our brains were not designed to have lots of ‘tabs’ and ‘windows’ open. And yet social media platforms and instant messaging apps are designed to keep us connected to our devices with notifications that ensure we keep coming back for more. Netflix CEO Reed Hastings has been quoted as saying, ‘We actually compete with sleep’."

The consequences of this "always on" mentality can be overwhelming, points out McCoubrey, resulting in exhaustion, burnout, anxiety and depression. He says organisations need to question whether they can get better productivity out of their staff if they ensure they have a better balance in their lives.

Some organisations have experimented with shorter work weeks.

In August this year a Microsoft subsidiary in Japan implemented a four-day work week in a project that examined both work-life balance and its effect on productivity. It also placed a 30-minute limit on meetings and encouraged more remote communications. The company recently announced that reducing its working week by one day provided a nearly 40% boost in productivity while electricity consumption and printing costs both decreased.

In Europe the Association for Financial Markets in Europe (AFME) and the Investment Association are lobbying the London Stock Exchange and other exchanges to reduce their working day by 90 minutes. The reduced trading day, the lobbyists argue, is not only an effort to boost liquidity but also to improve workers’ mental health, reported the Financial Times recently.

Closer to home, companies that put their employees’ wellbeing first are reaping the rewards. Andrea Rademeyer, CEO and founder of Ask Afrika which produces the annual Ask Afrika Orange Index customer satisfaction benchmark, says she was surprised that many of the companies that performed well this year made their staff’s wellbeing a priority.

She cites Netcare and Absa Insurance as being particularly successful in these areas. Netcare has focused on supporting staff with life skills over and above functional job skills. Absa Insurance has equipped staff with laptops to allow them to work from home. Both companies were ranked in the top 10 of this year’s index, leading the way in their particular categories. Absa Insurance came third in the overall ranking (Absa Bank, was ranked at only 112) while Netcare came ninth in the overall ranking.

Chambers advises companies to educate employees on depression, particularly around how cognitive symptoms can affect work performance; raise awareness of any employee assistance programmes; promote a culture of acceptance around depression and other psychiatric disorders; and explore creative ways to support an employee’s recovery such as flexible or adjusted working hours, or working from home for a period.

Despite the implementation of advanced health and safety regulations, SA continues to have a high rate of on-duty injuries as more organisations work to tight deadlines and put pressure on workers to increase their productivity.

The government plans to make substantial changes to SA’s Occupational Health & Safety Act which will place more onerous obligations on companies across all sectors.

The intention is that the new health and safety regulations will cover a much wider range of businesses, including small, medium and micro enterprises, the informal sector and township businesses.

Once the Occupational Health and Safety Amendment Bill has been adopted there will be stricter regulations on employers in terms of risk assessment, safety management systems, employees’ rights to leave the workplace, and the establishment of health and safety committees.

Employers who fail to adhere to the new regulations will face penalties.

Growing numbers of stressed individuals are leading to increased levels of depression, which is not only costing SA’s economy in terms of reduced productivity but is also putting an increased burden on healthcare systems.

And, with social contributors to mental health on the increase in SA, demand for mental health care is likely to grow, predicts Dr Sandile Mhlongo, MD of Akeso, a network of mental health hospitals and clinics.

However, he adds that difficulty in accessing mental health care may be a barrier to care.

"SA has an abnormally constrained supply of psychiatrists and mental health practitioners, making it difficult for many people to access appropriate high-quality mental health-care services. The number of hospital beds, especially in smaller towns and rural provinces, is limited and is linked to an undersupply of mental health-care professionals.

Netcare bought Akeso in 2018 and recently reported that despite the number of days spent in hospital declining, demand for its mental health business has made up for this loss. Akeso has 12 psychiatric hospitals throughout Gauteng, Mpumalanga, the Western Cape and KwaZulu-Natal with a capacity of 891 beds. Two additional Akeso hospitals are in development in Richards Bay and Port Elizabeth which, once operational, will add 108 beds to the network.

The situation in the public health sector is dire. The majority of those suffering from mental health issues are dependent on the public health sector which has just 18 beds available for every 100,000 people. While violence and trauma are factors that predispose people to mental illnesses such as post-traumatic stress disorder, Mhlongo says that if not managed appropriately these disorders can lead to longer-term problems.

The same, he adds, could be said for stress management and developing healthy and effective coping mechanisms.

Substance abuse is another mental health risk. According to Mhlongo, substance abuse occurs in all age groups and phases of life.

"We differentiate between substance ‘use’, ‘misuse’ and ‘abuse’. In many cases, substance abuse problems may arise due to a lack of effective coping mechanisms, an attempt to self-medicate, or alternatively as an attempt to escape from the reality of life."

He says that while substance misuse and abuse is a social problem, it has spillage into the workplace. It’s important, he adds, that the first intervention should be to offer support and link the suffering employee to care.

"Substance misuse and abuse are medical illnesses rather than simple aberrant behaviour. A fear of consequences in the workplace may result in employees not coming forward with issues such as substance use, which may lead to more serious problems in the workplace — and for the employee," he says.

Dis-Chem denies it is losing out on growth as it grapples with a smaller store format, perfected by rival Clicks
Money & Investing
8 months ago
Next Article

NHI leads to limited funding and denial of care, UK and Canada show

HILARY JOFFE: Some welcome signs of reform - but action is scarily slow

The how of NHI implementation has yet to be spelt out

NHI leads to limited funding and denial of care, UK and Canada show

HILARY JOFFE: Some welcome signs of reform - but action is scarily slow

The how of NHI implementation has yet to be spelt out

Mkhwebane admits she had classified IGI report into ...

MARKET WRAP: Naspers has worst day in two weeks as ...

BRUCE WHITFIELD: Why SAB and Heineken are hopping mad

PODCAST | Economic news of the week: What the economic ...