If you think matters of governance are not a threat to central banks outside SA, consider the case of the European Central Bank 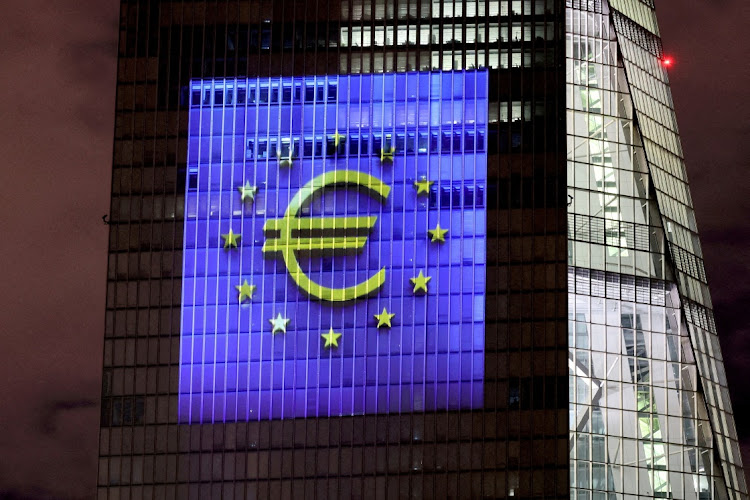 The primary objective of the European Central Bank (ECB) is to ensure that the rate at which the prices for goods and services changes over time remains low, stable and predictable. This is pretty much the same goal of SA’s Reserve Bank.

The way it works is that, to achieve control over inflation, central banks such as the ECB use a range of instruments, including short-term interest rates. When interest rates are adjusted, the rates that governments, firms and households pay through financial markets are affected. This monetary policy transmission mechanism ultimately has a bearing on the economy.

On July 21, the ECB surprised markets by raising the policy rate by a larger than expected 50 basis points. But the transmission of this adjustment was not felt uniformly across all member states in the euro area.

The additional compensation investors demand for holding bonds in riskier countries (the risk premium, in other words) should reflect structural differences between countries. However, sometimes capital markets overreact in a bout of fear, leading to higher risk premiums than are warranted and a wider spread of prices against the  benchmark. This can lead to liquidity drying up and can prevent bond prices from reflecting economic realities about the repayment capacity of countries with high debt.

When that happens, it can spark a disorderly rise in rates, exaggerating initial concerns and leading to a dangerous doom loop. In the most extreme scenario, a panic-driven rise in yields on debt in a fiscally vulnerable country can spread to other countries.

In the case of Europe, we’ve seen greater inflows into safer countries in the euro area, and wider spreads on debt in some countries than in other more stable nations, such as  Germany.

How things have changed. The ECB’s latest move has signalled that the bank will not hesitate to douse the flames of inflation

And what happens ultimately is that speculation that the European monetary union is unravelling runs riot.

Previously the ECB had the reputation of being the only game in town. It was forced to run accommodative monetary policy by keeping interest rates low, to boost demand. And it used unconventional tools to maintain solvency among all the EU countries to keep the integrity of the union intact.

How things have changed. The ECB’s latest move in hiking rates and ending its net bond buying programme has signalled that the bank will not hesitate to douse the flames of inflation.

One of the ECB’s interesting new interventions is a bond buying tool called the transmission protection instrument (TPI). This isn’t aimed at eliminating interest rate differences between countries caused by structural differences but was created to avoid a disorderly widening of borrowing costs in the euro area driven by market fear rather than economic fundamentals.

In practice, the TPI allows the ECB to shore up a country’s bonds if there are large interest rate swings that are not justified by its macroeconomic fundamentals.

The eligibility criteria under the TPI seem far less rigorous than the ECB’s “outright monetary transactions” programme under which it bought bonds issued by  eurozone countries, provided they met certain conditions.

However, the TPI programme still requires that countries:

For a country such as Italy, which has just lost its prime minister, these are demanding requirements. The country’s poor economic outlook means there’s not likely to be any political certainty there either for some time. Policy paralysis is likely to prevent interest rates from being hiked any time soon, but dropping rates would only worsen already high debt levels in the country.

So, quite how the TPI is used in Italy will depend on how stringently the 25 ECB Governing Council members apply the eligibility criteria. As Italy’s outgoing prime minister, Mario Draghi, put it, his country must undertake 55 policy actions by year-end to remain compliant. Some of these reforms have already proven controversial.

As it is, markets are keeping close tabs on the ECB’s tolerance for widening spreads between the bond yields of peripheral countries and those of Germany. Italian yields are of particular interest, as the jitters stem partly from the political developments.

Clearly, the  conditions for activating the TPI emergency button leave a lot to interpretation. This has left investors uncertain about the ECB’s willingness to react to politically driven jumps in spreads.

Italy’s precarious political position has underscored the fundamental flaws of the monetary union, highlighting the difficulty faced by the ECB as it takes on tasks well outside its price stability mandate.

Already, the continent is in flux. And the reality of the new geopolitical landscape has left Europe facing a severe energy crisis, persistently high inflation and dismal growth. This has left Europeans needing to be more unified than ever.

If the ECB uses the new TPI instrument in a disciplined way, it could foster European unity and support a firmer road to recovery. If, on the other hand, the ECB succumbs to political pressure, the bank could lose credibility, resulting in a further weakening of the eurozone.

MARIA TADEO: Italexit will not happen

But Mario Draghi’s fall does take Italy back to its old ways: messy, unpredictable and volatile
Opinion
2 weeks ago