EBRAHIM HARVEY: Was this ‘anarchy’ not created by the ANC?

Former president Kgalema Motlanthe laments the lawlessness of SA, but is curiously blind to the systemic causes and governance failures that underscore the problem 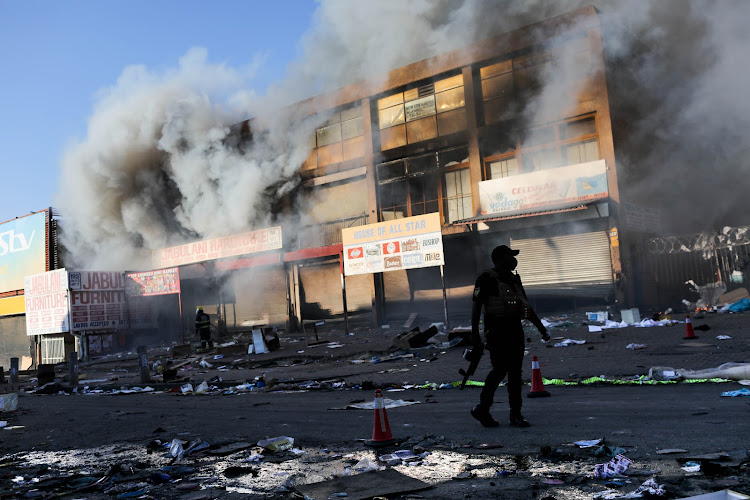 “We have total disregard for rules and laws and accountability. And half the time, it’s more brutal when citizens take matters into their own hands and there’s no due process. And many, many mistakes are bound to happen.” It is these words, spoken by former president and deputy president Kgalema Motlanthe in an interview with the FM (Cover Story, April 28-May 4), to which I feel compelled to respond.

The first, important thing to say is that the story lacks both a deeper historical and a contemporary perspective on the questions of violence, lawlessness and anarchy in SA. It makes too many presumptions about anarchy, especially as it applies to the contemporary period, and to postapartheid SA in particular.

SA has a violent history. All the major historical developments in this country, from the time of the old Cape slave colony, have — overwhelmingly — been of a systemic violent nature. In fact, the country was birthed in terrible violence from the time that Jan van Riebeeck arrived in the Cape in 1652, through the numerous wars of dispossession, the mineral revolution of the mid-19th century, and the apartheid period.

It is from this violent historical background that the ANC took power in 1994. However, it’s against that history of violence — of the unfulfilled basic needs of the black working-class majority after 1994 and the systemic increase in poverty, joblessness and widespread social despair — that we must both locate and source the anarchy Motlanthe laments. In this regard, we are the most unequal country in the world and probably, as a consequence, the protest capital of the world.

It is rich of Motlanthe to draw attention to such lawlessness by the masses, yet have nothing to say about the numerous ANC cadres who have unlawfully and unconscionably looted public resources in a frenzy of corruption over many years

Central to this narrative is the undeniable fact that the ANC government has not only failed to deliver the “better life” it has promised the electorate since 1994, but it has also betrayed the hopes, wishes and aspirations of the very people who have voted for it in that time. Most unfortunately, we don’t see Motlanthe drawing attention to these palpable facts — though this is precisely why we have had unstoppable, and often unlawful and chaotic, black township protests over many years.

Most of the violence — and indeed the “anarchy” we have seen over years — is a clear consequence of the failure of the ANC to meaningfully change the living conditions of the black working-class majority, who are in material terms worse off today than they were under apartheid. Just look at the record unemployment and the highest levels of poverty and inequality ever seen in SA — factors that lie at the root of the xenophobic violence we’ve seen so much of recently.

The same reasoning applies to the “anarchy” during the July riots in 2021. Though an orchestrated reaction by forces loyal to former president Jacob Zuma, after he was jailed for defying a Constitutional Court order, this was largely opportunistic. Ordinary people — justifiably dissatisfied with their lives, bitterly disappointed and desperately poor — took advantage of the mayhem and looted stores.

But it is rich of Motlanthe to draw attention to such lawlessness by the masses, yet have nothing to say about the numerous ANC cadres who have unlawfully and unconscionably looted public resources in a frenzy of corruption over many years.

Anarchy is more often than not violence whose root causes are deeply systemic. In SA, these lie with the debilitating neoliberal policies the ruling party has adopted at both a macroeconomic level and in delivering basic municipal services in black townships. The widespread despair, demoralisation and bitterness in black townships, which in many vital respects face an unprecedented crisis, is the result of worsening poverty, unemployment and related social miseries, especially among the black youth.

As reprehensible, destructive and counterproductive such anarchy and lawlessness may be, no critique of it can take place without a critical analysis of the social and political context that gives rise to it.

* Harvey is an independent political writer, analyst and author of The Great Pretenders: Race and Class under ANC Rule (Jacana)

SA of late feels as if it is lurching from one crisis to the next: Covid, unrest, xenophobia, natural disasters, a morbund economy ... In the absence ...
Features
2 months ago

The ruling party has long been plagued with the issue of graft. It’s become a systemic problem
Features
2 months ago

If we ignore the rule of law by letting off Jacob Zuma and the hostage takers, our country will be in danger
Opinion
8 months ago
Next Article

JUSTICE MALALA: How to avoid a failed state

JUSTICE MALALA: How to avoid a failed state