Despite politicians’ promises, little has been done in SA to shift the structural barriers to equality 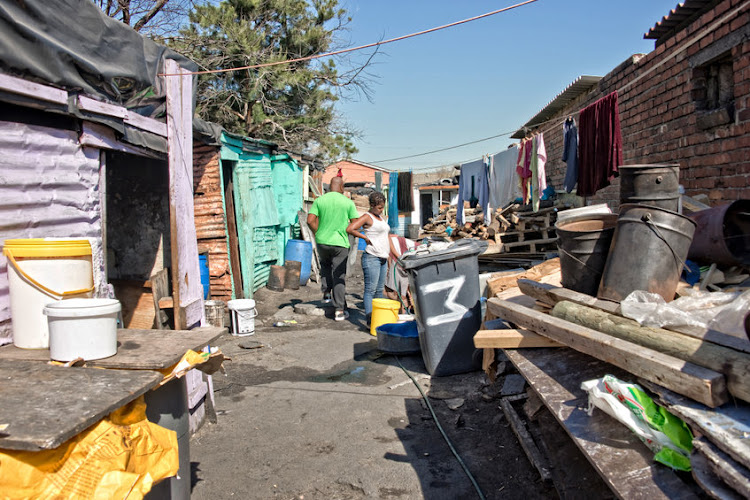 Last week, South Africans were once again reminded that we live in the most unequal country in the world. The World Bank released its Inequality in Southern Africa report, focusing on the Southern African Customs Union — Botswana, Eswatini, Lesotho, Namibia and SA — which it describes as the world’s "most unequal region".

We are world champions at inequality, ranking first in the World Bank’s 164-country global poverty database. We’re so far ahead that the World Inequality Report 2022, released in December 2021 by the Paris-based World Inequality Lab (WIL), uses SA as a global benchmark: "In terms of inequality and concentration of resources and economic power, the world today is and has long been like a giant SA."

The graphs in the WIL report that plot the relative position of countries around the world according to various measures of inequality show SA to be not just a little bit less equal than everyone else, but a staggering outlier, sitting alone in our own little quadrant of extremity.

One of the few areas of inequality in which SA doesn’t top the world ranking is in relation to the gender pay gap — not because we are good at gender pay equality, but because almost every country is bad at it. Even in the top 10 most gender-equal countries, including Namibia and Rwanda, the average gender gap (covering a range of factors in addition to pay gaps) is about 17%, says the World Economic Forum’s Global Gender Gap Report 2021.

The pervasiveness of gender pay inequality was brilliantly highlighted during last week’s International Women’s Day. A Twitter account set up by a UK-based couple, @PayGapApp, used gender wage gap data and an automated Twitter bot to respond to messages by companies and institutions "celebrating" their female employees on Women’s Day.

Wherever the bot detected the use of a hashtag associated with International Women’s Day, it replied to the posting company or institution with a simple sentence: "In this organisation, women’s median hourly pay is x% lower than men’s." (In a very few instances, women’s pay was equal to or higher than men’s.)

In SA, the average gender pay gap is 38%, "even controlling for personal demographics, location, sector, occupation, education and formality", according to the World Bank. This is broadly in line with local estimates of the gender pay gap by academic and policy institutes.

Unfortunately, the @PayGapApp would never work in SA because there is no requirement for any organisation to provide publicly available data on gender pay gaps. Even the Companies Amendment Bill, released late last year for public comment and proposing significant reforms to public disclosure on wage gaps, makes no mention of gender inequality and contains no provision requiring gender pay gap disclosure.

The @PayGapApp tagline is "Stop posting platitudes. Start fixing the problem". It’s an appeal that is also apt in relation to the entire post-apartheid approach to reducing SA’s inequality: countless commitments by the government and the private sector have not resulted in very much change on the ground.

The view espoused by SA’s army of armchair economists — that we need dramatic economic growth before we can start to address inequality — is thoroughly debunked by the findings and recommendations of the teams of experts behind the plethora of reports on inequality, all of which demonstrate that this argument has things back to front.

If we want growth and development, we have to start by addressing inequality.

The WIL report notes that, globally, there is "extreme concentration of economic power in the hands of a very small minority of the super-rich". The extraordinary increase in global inequality over the past three decades is a product of the policy choices made in the Reagan-Thatcher era: far from solving this problem, deregulation and the "free" market are a major cause of it.

Unluckily for South Africans, the end of apartheid coincided with the beginnings of this global increase in inequality. Since then, the ANC’s muddled approach to economic policymaking, the seduction of politicians by corporate elites, and a decade of shameless corruption, mean that most of the promises about shifting structural barriers to equality remain unfulfilled.

We can expect SA to maintain its pole position in the inequality games for some time to come.

In late 2017, when Cyril Ramaphosa won the leadership of the ANC at the Nasrec elective conference, he promised a ‘new dawn’ for SA — a no-nonsense ...
Features
5 months ago

It’s a revolution of the collective mind: the psychological dominance that the party has had over many South Africans is waning
Opinion
6 months ago

SA’s empty register of tender defaulters is indicative of the lack of political will to properly tackle corruption. Sadly, it’s one of many such ...
Features
7 months ago
Next Article