TRACEY DAVIES: Bain and the business of influence 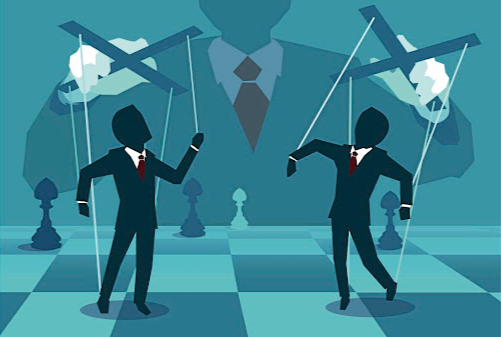 The furore-in-a-teacup around consultancy Bain & Co’s membership of industry lobby association Business Leadership SA (BLSA) is surprising, as it seems to be premised on the quaint belief that corporate entanglement with politicians is unique to state capture under then president Jacob Zuma.

After expelling Bain in September 2018 on the back of the Nugent commission’s report on the SA Revenue Service (Sars), BLSA readmitted the consultancy (for which Bain would have paid a hefty membership fee) in April last year, satisfied that the company’s sort-of apologies and repayment of fees from its Sars "work" (plus interest) were penitence enough for its misdeeds. But public outrage was deferred until recently, after Bain was slammed in the first state capture inquiry report.

In the face of a barrage of criticism, including from former public protector Thuli Madonsela, BLSA CEO Busi Mavuso energetically defended the decision to readmit Bain. But on January 18, Bain "voluntarily withdrew" from BLSA, the day after an editorial in the Financial Times concluded: "Despite this sordid record, Bain has been embraced back into SA’s business community."

The sheer scale of state capture, in which the powers of a democratically elected government were appropriated by and for the benefit of an elite few, puts corporations such as Bain, which enabled it, in a league of their own in terms of nefarious corporate behaviour.

But the influence of the business sector over politics is rife. In a country repeatedly scarred by the wielding of unaccountable power, it is remarkable how little scrutiny there is of corporate access to political leaders (for example, who paid R1.2m to sit next to President Cyril Ramaphosa at the ANC’s January 8 gala dinner?).

Though the term is used very loosely in local media, lobbying has a specific definition: "The activity of trying to persuade someone in authority, usually an elected member of government, to support laws or rules that give your organisation or industry an advantage."

Sometimes the interests of lobbyists will align with the public interest, and sometimes they won’t, which is why lobbying is a heavily regulated activity in many juris dictions.

The business lobby is powerful, and this power is not always wielded for the good of SA

As I have written previously — in relation to the establishment of the "Energy Council of SA" lobby group, by mineral resources & energy minister Gwede Mantashe and several fossil fuel executives — there are no rules on lobbying in this country at all.

This undoubtedly played a role in the extent to which corporate involvement in state capture went undetected — or unreported — for as long as it did. If there were such rules in place, Bain likely would have had to disclose that Vittorio Massone, the head of its SA office, was meeting with Zuma about eight times a year.

In 2021, Just Share submitted Promotion of Access to Information Act requests to the departments of forestry, fisheries & the environment (DFFE), and mineral resources & energy (DMRE). The requests asked each department for a record, over a specified time, of meetings between senior government officials and senior executives of fossil fuel companies and relevant industry associations. This information is available in the UK, for example, via a regularly updated government website.

After some resistance, the DFFE provided a list of meetings, but insisted it was by no means complete because the department doesn’t keep a comprehensive record of meetings. The DMRE, after months of being in breach of legislated time frames for responding, eventually claimed that "no such records exist".

The local business lobby is powerful, and this power is not always wielded for the good of the country at large. Corporate influence affects many crucial policy issues, such as wage-gap disclosure, the regulation of toxic air pollution, and the introduction of a carbon tax (the current tax is laughably ineffective, due primarily to lobbying by fossil fuel interests).

In relation to climate change, investigations by activists across the globe are revealing the extent to which corporate lobbying undermines government action in the public interest.

On February 8, board members from Exxon, Shell, Chevron and BP will testify before a US congressional committee as part of its investigation into big oil’s role in blocking regulatory action to tackle climate change.

A similar investigation here might shine some light on Mantashe leaping to defend corporate interests in late 2021, when civil society groups launched interdict applications to stop Shell’s seismic survey off the Wild Coast.

If it really wanted to demonstrate its commitment to good governance, BLSA and its members — Shell among them — would disclose details of their meetings with government officials.

JUSTICE MALALA: How BLSA risked its reputation on Bain

The business body’s premature readmission of Bain was damaging, but at least the firm has now fallen on its sword
Opinion
5 months ago

HILARY JOFFE: Bain made little from state capture, but lost billions for Sars and SA