The consulting firm was present for every step of the dismantling of Sars, from conception, to collusion, to capture

The first report from the Zondo commission into state capture, released on January 4, shines a light on the reign of global management consulting firm Bain & Co at the SA Revenue Service (Sars).

The findings are damning: the report details how Bain worked hand in hand with the then Sars commissioner Tom Moyane and former president Jacob Zuma to systemically and deliberately dismantle the country’s revenue service. It’s paramount that Bain is now held to account for the damage it’s done.

For years, Sars was considered a model state institution with a reputation for excellence and efficiency — an exemplary institution whose impressive revenue collection funded vital public spending by the state, and garnered the revenue service global recognition.

The Zondo report adds to our understanding of how this vital institution was targeted as part of state capture. It concludes that Bain, Moyane and Zuma jointly conceptualised and co-ordinated an agenda to restructure and seize Sars long before Moyane was installed as commissioner. Evidence of this in the report — relying heavily on the testimony of whistle-blower and former Bain partner Athol Williams — includes details from about 17 meetings that allegedly took place between Zuma and Bain SA’s then managing partner Vittorio Massone between 2012 and 2014. As the commission points out, this means Bain met with Zuma on average every six weeks for two years.

The Zondo commission found evidence of collusion between Bain and Moyane in the awarding of a contract to Bain for consulting work at Sars. Importantly, the report says there was no need to contract the consulting firm in the first place, and this appointment was used to justify and then implement the changes that enabled the capture of Sars. 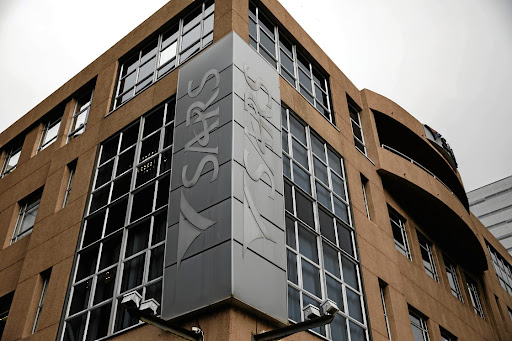 The commission concludes that Bain was central to what transpired at Sars, which ultimately led to the gutting of the institution. It also lays bare how what happened at Sars was emblematic of how state capture worked at other institutions.

The attack on Sars has been felt by all people in SA, but the most vulnerable have been hit hardest. After Moyane took over at Sars, the revenue service consistently failed to meet its revenue targets. This contributed to a decline in social spending between 2014 and 2017, the first VAT hike in democratic SA in 2018, and the country losing what little financial buffer it had to deal with the fallout from the pandemic.

Through state capture, Sars was reduced to a shadow of its former self — and Bain was there every step of the way, from conception, to collusion, to capture.

Given the Zondo commission’s robust findings about Bain’s complicity in state capture, it’s curious that its recommendations for remedial action constitute the bare minimum.

It recommends that all Bain’s contracts with state institutions and departments be reviewed for compliance with the relevant law, and that "law enforcement agencies conduct such investigations as may be necessary with a view to enabling the National Prosecuting Authority [NPA] to decide whether or not to initiate prosecutions in connection with the award of the Bain & Co contracts".

The NPA cannot delay in making such a decision.

Bain has come out against the commission’s findings. In a January 6 statement, the consulting firm says while it "supports the work of the state capture inquiry", it is disappointed by the conclusions reached.

As it did in response to the findings of the Nugent commission of inquiry into Sars, Bain is asking us to believe — contrary to the evidence — that it was an unwitting pawn in a political agenda that it knew nothing about.

While continuing to evade consequences and remain unaccountable, Bain was let back into the arena of SA business giants in September last year by Business Leadership SA (it had been suspended in 2018 due to the state capture allegations).

Anti-apartheid activist and former British MP Peter Hain has called on the UK government to bar Bain from doing business in that country by freezing all its contracts with the government, subject to Bain’s co-operation with the NPA in SA.

The SA government should urgently consider doing the same.

We must continue to call for proper consequences for private corporations that have wreaked havoc in our state institutions and enabled state capture and looting. Bain and others should not only face prosecution; they should also face debarment, and any other measure that will deter a repeat of their conduct.

Mathe is an investigator at Open Secrets

BLSA wants us to take comfort that there is now an “increased level of oversight by Bain” — the very people who are running an elaborate cover-up, ...
Opinion
6 months ago

From estate agents to banks, many organisations turned a blind eye to the Gupta-Zuma plundering
Opinion
6 months ago