In a largely homogenised world of global investing, China is the very definition of ‘foreign’ 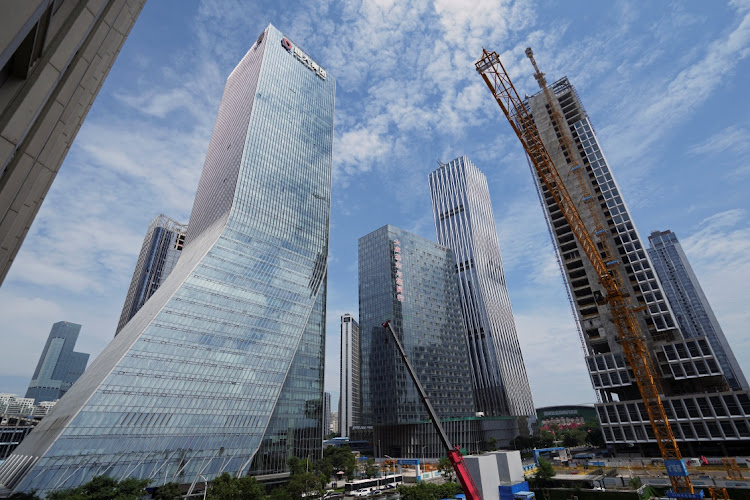 The ongoing Evergrande Group debacle is another occurrence in a series of high-profile events that have disrupted Chinese markets and unnerved international investors.

For some, such events simply reinforce their impression that China remains as inscrutable as ever. So we aren’t surprised to see that domestic and foreign investors have again reacted very differently.

For now, the situation seems to be under control and we do not expect any systemic risks. The People’s Bank of China, the Chinese central bank, was quick to inject $18.6bn in short-term funds into the market — a positive sign that the government is on top of the situation.

There are certainly challenges to be braved when investing in a rapidly evolving environment like China. For mainland markets, these include the large percentage of highly active retail investors; mispricing due to lack of professional research; the newness of the asset management industry; and ongoing regulatory intervention operating under a socialist approach, which has in many cases prioritised citizens’ welfare over the demands of capital markets.

Yet there is a significant opportunity in mainland Chinese assets. Even with a slowing economy, China remains one of the fastest-growing countries; it has navigated Covid better than most and has a huge middle class looking for better products and services, as well as policymakers with more "dry powder" than anywhere else. It is home to the largest number of companies after the US and is simply too large for equity investors to ignore.

But investors need to figure out how to navigate this complex landscape.

To an outside observer, regulatory action seems to have come to China almost overnight, even though many of the responses have been telegraphed well in advance. Several sectors are being examined simultaneously and action is being compressed over a short period. This is not capricious; it is linked to the government’s objective of improving social equality.

After all, China is a state capitalist system. Policies encouraging entrepreneurship, innovation and the pursuit of wealth have created one of the world’s leading economies, but large parts of China’s population still live in relative poverty and, like most political movements, the Communist Party’s future depends on a happy population.

Regulatory fear creates volatility, especially among international investors. Every five to six years we see media articles mixing regulation, enforcement and social policy, concluding that China has returned to "anticapitalist ways". Instead, each time we have seen steady and fast development of capital markets, entrepreneurship and openness to foreign investment.

Take access to mainland Chinese equities: nearly impossible 15 years ago, but now a lot easier thanks to the stock connect programme between the Hong Kong and Shanghai/Shenzhen exchanges.

There is also the fact that mainland markets are heavily retail-dominated, which makes them prone to overreaction, and thus to momentum-driven extremes. Larger market moves resulting from exogenous events are common. Global institutions are sometimes no better than lay investors as they do not fully understand what is happening on the ground, especially when it comes to political and regulatory developments. This can lead to serious misjudgments.

Against this backdrop, we submit that passive investing is not advisable and that China presents an extraordinary opportunity for active management. Of course, this makes it a fertile ground for Chinese specialist fund managers.

With boots on the ground, they are more likely to pick up on policy nuances than foreign investors, and may have a better ability to anticipate when changes are coming and when an overreaction has gone too far.

Given the levels of detailed stock research required and the lack of broad broker coverage, most active managers tend to have almost a private equity approach to investing, with concentrated portfolios of companies they know well.

This is why we strongly argue for investing across multiple managers specialising in different sectors, giving investors the widest growth opportunity set while helping to soften the black swan events that occur in China more frequently than elsewhere. This is a new market; companies are new, and so is its asset management industry.

In a largely homogenised world of global investing, China is the very definition of "foreign". Westerners are quick to make assumptions about this nation whose culture and language cause us to constantly blunder. For example, crouching tigers, hidden dragons don’t mean "unseen predators".

Drawn from the title of the 2001 film directed by Ang Lee, it describes a place or situation full of unnoticed masters that shouldn’t be underestimated.

That, to RisCura, is China.

Chinese government is focusing on billionaire extravagance, building the case for greater party presence in corporate affairs
Companies
6 months ago

China Evergrande Group pulled back from the brink of default by paying a bond coupon before yesterday’s deadline, giving the property giant at least ...
Business
6 months ago

It was the train wreck everyone saw coming: analysts had been calling the Chinese property developer a ‘sell’ for years. But as its collapse nears, ...
Opinion
8 months ago
Next Article

TOM EATON: The ANC as last chance saloon for ...

TONY LEON: In the misgovernance race to the bottom ...

YACOOB ABBA OMAR: ANC has looked into the mirror — ...