While some lobby groups argue for just one source of energy, any responsible government would look to ensure there’s a mix 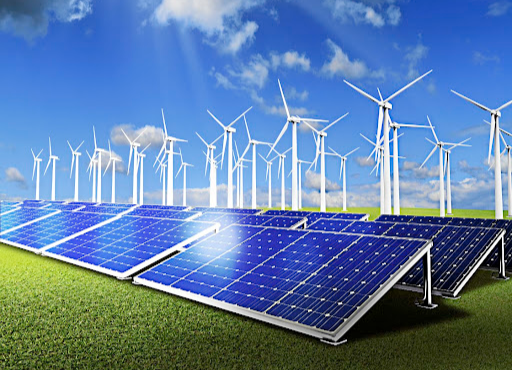 Affordable, reliable energy is any developing economy’s best friend. This is why, for decades, energy supplies in developing countries were based on coal-powered plants, since coal was widely available and relatively cheap.

Yet this global context and SA’s situation are often ignored by our commentators. For example, Sam Mkokeli argued in the FM recently that there is confusion in the country’s plan to progressively cut its exposure to coal.

But the Integrated Resources Plan (IRP) — which guides the government’s plans on energy — is clear that while there will be a phased reduction of coal use, this fossil fuel still has a significant role in our energy future.

This doesn’t mean the government is out of touch with the global trends on carbon-heavy sources of energy.

We fully acknowledge the downside of using coal. We’re on board with the Paris agreement, which has led to signatory countries shifting their policy towards cleaner energy and fewer carbon-emitting sources.

This is why, as the International Energy Agency (IEA) says, "the global share of renewables in electricity generation is projected to increase to almost 30% in 2021 — the highest share since the beginning of the Industrial Revolution and up from less than 27% in 2019".

In the IRP, SA’s government is allocating an increasing space to renewable energy too, based on advances in clean-energy technology.

Eskom’s existing plant performance (with some coal plants reaching the end of their lives), as well as the falling cost of new technology, makes this sort of shift possible.

However, any cautious energy planner would want to carefully combine wind and solar with some baseload clean technologies, such as nuclear and gas, which emit less carbon than coal. At the same time, we need to test cleaner coal technologies, so that we have a more durable mix.

And yet, it is concerning to see lobbying from certain quarters which seems to push for only one specific source. Any energy mix that ignores the inherent variation in supply from sources like wind and solar is not realistic, particularly for a country in a drive to industrialise.

The fact is, SA needs stable, reliable and sustainable energy to attract more investment. Money goes where there is stable energy — which is why we’ve seen SA smelting companies shift to China and Indonesia, where the government either subsidises energy, or it is stable and cheaper.

As it is, many industrial companies are already feeling the pinch from SA’s unstable energy supply.

The ferrochrome smelting industry, which contributed R44bn in revenue to SA in 2019, needs constant stable power, even when it is not windy or sunny.

And any responsible government would want to replace employment-absorbing coal plants with clean technologies which allow for a comparable transition in jobs. Engineers and workers from coal-powered plants should be able to upskill so that they can work with the new technology.

When it comes to global trends, countries are adopting wind and solar — but they are also supplementing them with clean energy sources. This includes nuclear small modular reactors, which are much cheaper to build than a big plant such as the Koeberg nuclear station.

The department of mineral resources & energy, and minister Gwede Mantashe, are clear that SA needs to take advantage of renewables — but this needs to be complemented by enough baseload energy, during the transition.

Natural gas emits 40% less carbon than coal, and demand is set to grow by 3.2% in 2021, mostly from the Middle East, Asia, and Russia. SA’s desire to use gas fits within this trend. And it comes at a time when gas is far more readily available in our region.

Between 2010 and 2018, the IEA estimates, switching from coal to gas has avoided more than half a billion tons of emissions. Gas alone can reduce emissions from electricity production by up to 50% — and this is even higher when it’s backed up by solar and wind.

Equally, there’s a growing global preference for nuclear energy. As the IEA says, "across advanced economies, nuclear remains the largest single source of low-carbon generation in these economies".

Why would a country like SA, which has experience in nuclear power, not include this in its plans?

Looked at holistically, you’d have to conclude that nuclear, gas and hydro are far from being competitors of wind and solar; rather, they are complementary partners.

Using all of these sources, SA can realistically meet the goals of the Paris agreement, while still preserving the jobs of those heavily dependent on the legacy coal industry.

*Xabadiya and Manyaga are economists at the department of mineral resources & energy. They write in their personal capacities

It must be within debt envelope, Enoch Godongwana says of bid for R180bn in concessional financing
National
3 months ago

ANTON EBERHARD: Power market and regulatory reforms can — and must — improve supply