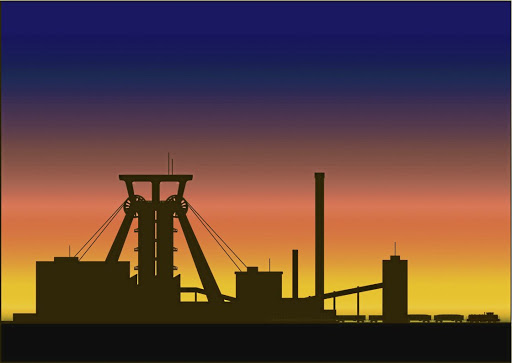 On the evening of October 22, environmental activist Fikile Ntshangase, 65, was gunned down in the home she shared with her 11-year-old grandson near Mtubatuba in KwaZulu-Natal (KZN).

Ntshangase was a member of the Mfolozi Community Environmental Justice Organisation (MCEJO), which represents communities affected by the operations of Tendele Coal Mining. Since late 2019, tensions have escalated over the proposed expansion of Tendele’s operations. Ntshangase was a vocal opponent of the expansion.

Tendele’s Somkhele coal mine has always been controversial, not least because of its proximity to the Hluhluwe Imfolozi Game Park. Tendele is facing court proceedings relating to alleged noncompliance with environmental laws. A legal challenge to the department of mineral resources & energy’s decision to grant Tendele a new mining right, covering an extra 220km², is due to be heard in early 2021.

For mining to start in the new area, 21 families must be relocated; 19 are MCEJO members who are refusing to move. Tendele CEO Jan du Preez apparently finds this unfathomable. He has frequently likened the families’ position to blackmail, and said their obstinacy causes "the Zulu king and the office of the KZN premier to go berserk".

Mining-affected communities in SA are expected to accept, and be grateful for, any compensation offered to them to leave their homes — and often their livelihoods and natural heritage — to make way for mining. But when they do not want to move it is not only the mining companies they must stand up to but often also the government officials and traditional leaders who put pressure on them to capitulate.

Many in the mining industry and the mineral resources department appear to believe poor people without formal employment have no right to turn down any offer made to them. The levels of poverty in SA, and the imbalance of power between rural communities and mining companies, mean most people in these communities do accept whatever offer is made.

Since 2019, MCEJO’s lawyers have pleaded with Tendele to take steps to de-escalate the violence in the community. Du Preez has publicly blamed the 19 families for job losses, delayed compensation payments and the cessation of benefits under the mine’s social and labour plan. Tendele’s view is that the violence will stop when the resisting families agree to go. Du Preez has told journalists that if the expansion cannot take place, the people "shouting and screaming on the sidelines will have nothing".

These struggles take place far from the boardrooms where decisions are made about the futures of people like Ntshangase.

Mining-affected communities in SA are expected to accept, and be grateful for, any compensation offered to them

The Somkhele operation shows starkly that "stakeholder capitalism" and the "exponential rise" of environmental, social and governance (ESG) integration into financial decision-making are often more about PR than about impact on the ground.

Tendele is a subsidiary of Petmin, which delisted from the JSE in 2017. Petmin’s majority shareholder is Capitalworks Private Equity, which fails, it seems, to meet the basic requirements of responsible investing. It has made no public ESG commitments, as would be the case if it subscribed to the UN-backed Principles for Responsible Investment, and has no public ESG policy or disclosure.

Lost in the noise

There are reams of publicly available information about the controversies at Tendele relating to environmental noncompliance, resettlement, water usage and biodiversity risks. The company featured in a scathing 2018 report by the SA Human Rights Commission, which found, inter alia, that mining sector compensation practices "are causing systemic economic displacement and impoverishment".

But none of this appears to have deterred committed ESG practitioners such as Old Mutual, UK development finance institution CDC and the Public Investment Corp from continuing to support Capitalworks’ funds and ventures, or Nedbank from lending R200m to Petmin in late 2019.

The Somkhele mine is a vivid example of our economy’s hierarchy of values: mining trumps the lives, dignity and livelihoods of the poor; exaggerated promises of mining jobs eclipse sustainable development through tourism and agriculture; and finance favours the destruction of biodiversity over its protection. In the midst of the cacophony of corporate pronouncements on social and environmental responsibility, Ntshangase’s murder is a tragic reminder of how little has really changed.

In its latest report on executive remuneration, the firm has magicked away about two-thirds of CEO pay
Opinion
11 months ago