In all, 63% of the population could have benefited from President Cyril Ramaphosa’s Covid-19 grants 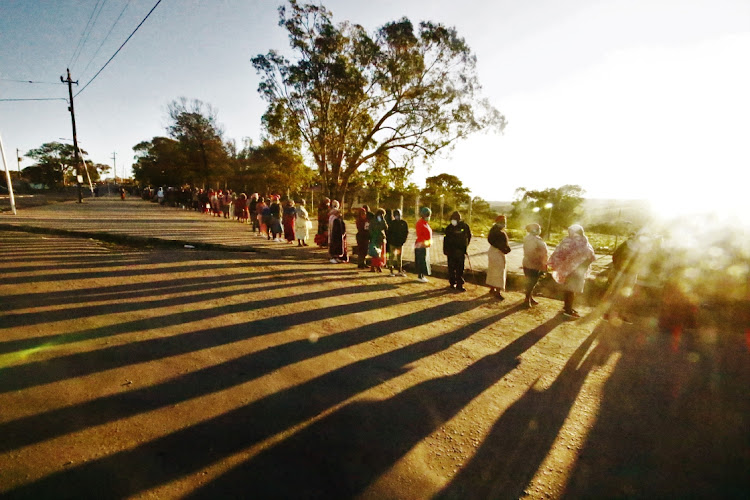 To minimise the pain of the Covid-19 lockdown, President Cyril Ramaphosa announced a R502bn stimulus package on April 21 — R50bn of which was directly for vulnerable households.

The transfers were meant to last six months, and include an increase in existing social grants (covering 18-million beneficiaries). There was also a completely new grant — the Covid-19 Social Relief of Distress grant — that could reach up to 10-million individuals.

Before that announcement, though, an alternative scheme was proposed by researchers, which involved a larger, temporary increase in the child support grant. This, they argued, would be the best way to reach those in need.

The question today is, what is the reach of the Ramaphosa grant extension package, and how does it compare to the child support grant proposal?

Data from the National Income Dynamics Study shows that between 70% and 80% of the population live in households where monthly per capita income is less than R3,500 — the minimum wage.

This means we can’t just think that assistance is needed for the poorest 40% of the country — far more people are vulnerable than that.

Now, it’s clear that grants are the most direct way to transfer cash to a large number of SA’s most vulnerable.

As it is, Ramaphosa’s social assistance package could, over six months, reach about 36-million people — 21-million child grant beneficiaries and recipients, 10-million Covid-19 grant beneficiaries, and 5-million who get other grants. In other words, up to 63% of the population could benefit.

In terms of total spending, even if we assume high take-up rates for the Covid grant, it’s unlikely the total will exceed R40bn over the six months. This means there may be scope to reuse some of the funds left over.

The alternative to Ramaphosa’s package was to hike the child support grant by R500 a month for six months.

To compare these two approaches, you can look at the household income distribution, to reveal the coverage rates for each grant.

For the child support grant, the majority of beneficiaries live in the poorest 50% of households. However, given this structure, fewer people would benefit in the end.

By contrast, those who got the other grants are clustered around the middle of the income curve.

A number of points emerge from this analysis.

Ultimately, the Covid grant package should probably not be seen as a standard poverty reduction exercise, but rather as an attempt to mitigate the income shock from the pandemic.

Given the difficulty of targeting these workers, you could argue that Ramaphosa’s approach worked well, even if it does involve some leakage to upper-income households.

The Nids-Cram survey suggests Covid-19 has had a much greater impact on employment than expected: an estimated 3-million jobs lost, and 1.5-million ...
Features
9 months ago

Are social grants targeting the most vulnerable during SA’s lockdown? Evidence from the Nids-Cram data suggests that’s true – and policymakers should ...
Features
9 months ago

Research suggests that the hard lockdown, together with an initial lack of government relief measures, pushed about 1-million of the workers who lost ...
Features
9 months ago
Next Article

Representivity in the Nids-Cram survey

Representivity in the Nids-Cram survey