Instead of looking to increase the tax burden, SA should be looking at ways to recoup that which it is owed 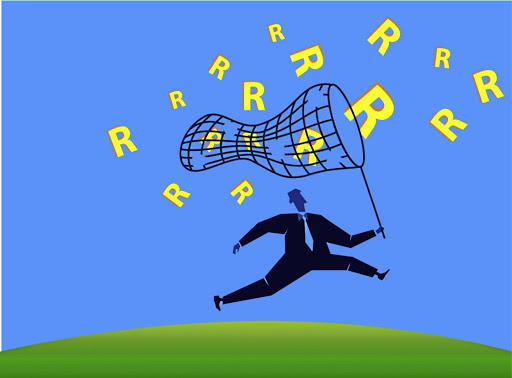 Last week, that very astute financial journalist Claire Bisseker wrote a devastating analysis in the FM concerning the state of the economy, and the danger that we have passed the point where recovery is still possible.

Add to that the reduction in tax collection from the February budget figure of R1.43-trillion to R1.12-trillion — a drop of R310bn — and it’s clear that, unless you live in the make-believe world of Donald Trump, the economy is in the direst of straits.

Of course, the ultimate solution lies in a reconfiguration of the economy and growth of more than 3%. That requires immediate action to implement a few key initiatives, and a credible roadmap to be followed thereafter.

However, all that is on the table, other than a veritable library of policy proposals, is a commitment to cut expenditure by R230bn and to raise R15bn in taxes over the next two years.

While it is possible to raise R15bn, the question of cutting R230bn in expenditure over two years is far more challenging.

It also raises the vexed debate about austerity.

On this, the observation of Martin Sandbu in the Financial Times last week is salutary: "It is much harder to imagine significant cuts to public budgets today. Partly because the damage from past cuts is now visible and further ones are more difficult to justify. Partly because the pandemic itself focuses the political spotlight on inadequate public services and underpaid public sector and other key workers. Much more than a decade ago, budget shortfalls will now have to be covered by tax rises. There is no reason to expect those who benefited from the ‘fiscal responsibility’ of the past to give up the fight for their interests.

"If significant tax rises are indeed inevitable, the fight will move to where the heavier tax burden falls: which taxes go up and by how much. Expect this to be the fiercest battle over economic policy if, and when, we return to some semblance of normality."

This observation is surely applicable to SA: we should try to reduce current expenditure as targeted, but we need this amount and more for capital expenditure. That means an increase in tax collection is imperative to plug the deficit.

It is a sound aim to ensure that we keep rates of tax steady — with our skewed income distribution and need to reduce obstacles to growth, it will be impossible to make a meaningful contribution to the reduction of the deficit by way of tax increases.

However, forgotten in all the analysis to date is the tax gap.

Conservative estimates suggest SA loses north of R100bn a year to tax evasion and the proceeds of corruption. To date, the country has been unable to conduct a sustained campaign of audits to ensure better tax compliance. This, in the context of a decline in tax morality caused, in part, by a collapse of morality in the way public funds are used.

But the SA Revenue Service, under the leadership of Edward Kieswetter, is on the mend. For this reason, it is now possible to conceive of dedicated units — staffed by experts in tax law and practice, forensic accountancy and banking flows — that, with rigorous investigation, can make a serious dent in this tax gap.

Needless to say, the National Prosecuting Authority — itself on the painful road to recovery — is critical to any such initiative.

A recovery in tax collection, together with the deterrent effect efficient tax administration has on corruption, can go a long way to solving the fiscal problem.

If successful over a two-year period, more than R100bn can be collected. This would make the government’s commitment to debt reduction far easier to attain.

Instead of looking to new taxes, let us collect more of that which is presently due to the nation.

The national mood has seldom been gloomier. A recovery plan, led by government and backed by business, is the last throw of the dice. But with ...
Features
8 months ago
Next Article