HYWEL GEORGE: In a post-Covid economy, brace for a wave of inflation

Is it now possible that markets will return to their pre-1987 form, where they were left to their own devices and no-one got bailed out? 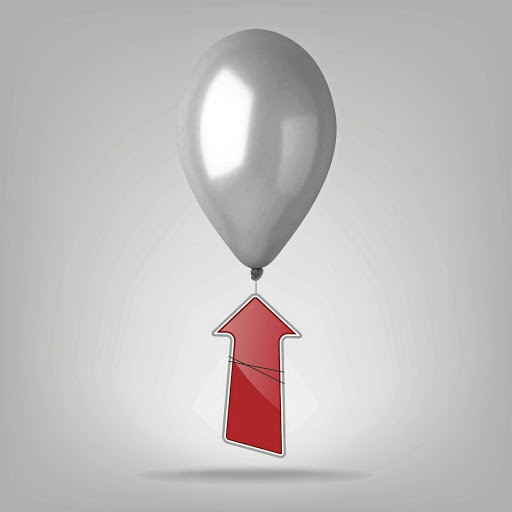 In August 1987, Alan Greenspan was appointed chair of the US Federal Reserve. Two months later on October 19, now known as "Black Monday", the US stock market fell 22%.

Greenspan’s reaction was highly market orientated: for the first time, the Fed cut interest rates to support the equity market (the thinking being that a falling stock market would weaken the real economy).

The baton was picked up in 2008 by Ben Bernanke during the global financial crisis. Rates were cut to zero and we saw a decade (and counting) of quantitative easing. This has continued during the Covid-19 crisis.

It means that the past 33 years, my entire working career, have been characterised by three things.

First, a buy-the-dips mentality where if the market gets into real trouble the Fed will bail you out — an extreme version of moral hazard. Second, the Fed balance sheet has ballooned along with those of all other central banks. And third, in the latest crisis, central banks and governments have worked hand-in-glove, dangerously blurring the line between the two.

All of which raises serious questions:

Has my entire investing career been a somewhat glorious aberration, with the Fed riding to the rescue for 33 years, helping spur along a prolonged bull market?

Is it now possible that markets will return to their pre-1987 form, where they were left to their own devices and no-one got bailed out?

Is the Fed now out of ammunition?

Well, it is certainly the case that the Fed has used an extraordinary amount of stimulus over the past three decades. The same is true of central banks in the UK, Europe, Japan, China, Switzerland, Australia and Canada, whose combined balance sheets now comprise almost half of global GDP.

It’s not just central banks; governments during this 33-year period have also expanded their balance sheets, taking on huge quantities of debt, partly to fund increasingly populist policies and partly due to their own repeated bail-outs of consumers, corporates and banks.

It’s a model some describe as crony capitalism, where the rich harvest strong asset returns through invested wealth in the good times, and are bailed out by taxpayers when the proverbial connects with the fan.

But it is fraught with moral hazard, spawning startling rises in inequality as money creation has been narrowed down to those lucky enough to have stores of wealth to start with.

The result is government finances in a parlous state.

Government debt-to-GDP ratios are above 100% in the US, China, Italy and Japan. Debt traps loom for many countries where the interest burden on debt outstrips economic growth.

So, what to do? Well, once debt ends up on government balance sheets, it has to be resolved in some way.

One option is higher taxes or lower spending after Covid-19. But somehow I doubt this will happen. More likely is that higher inflation will be allowed to take place to "inflate away" the debt over time. And what better way to kick off the process than by monetising the debt using central banks.

From a government’s point of view, this has two "benefits" — the debt vanishes, and this creates inflation in the real economy. This has already started.

During Covid-19, the entire enormous issuance of US Treasury bonds is being purchased by the Fed. If this is not sold onto other (real) market participants, then the debt vanishes onto the Fed balance sheet, boosting money supply.

It means that the M2 money supply in the US is growing, on a three-month annualised basis, at 40%; and at 80% for the M1 money supply. We have not seen anything like this since World War 2. And the effect then was highly inflationary (with a lag).

It means the Fed is injecting money directly into the real economy (alongside the government) by sending cheques to US households and by direct lending to all kinds of business — of whatever credit quality.

Still, we’ll most likely see deflation before we see inflation, since the amount by which the economy is operating below capacity is very high. This phase may well last some time, particularly in vulnerable countries like SA, where the impact of the lockdown is devastating.

All of this of course makes asset allocation extremely complex.

This will be the first time in 30 years that the world has faced a period of possibly uncontrolled inflation. Not everyone is even old enough to have the experience to reflect on such a period.

In such a world, you have to find stores of value that can protect savings from the ravages of being inflated away. Fiat currencies, like the dollar, may become diluted by loss of confidence.

Many people are turning to gold as the ultimate store of value while some are adding cryptocurrencies to that list, with bitcoin and ethereum the main contenders. Commodities tend to perform well in times of inflation; as do government-backed inflation-linked bonds, and real assets in secure projects with inflation-linked revenue streams.

We may be at a major turning point after 33 years of bail-outs. But the best bet is still a well-balanced portfolio of equities, bonds, real assets and gold-type stores of value.

How low can interest rates go?

Covid-19 has delivered such a huge disinflationary shock to the SA economy that it could keep consumer inflation below the floor of the target band ...
Features
10 months ago
Next Article

BRIAN KANTOR: Is the abundance of global capital a threat or opportunity?

Why the JSE is ‘crashing upwards’

BRIAN KANTOR: Is the abundance of global capital a threat or opportunity?

Why the JSE is ‘crashing upwards’