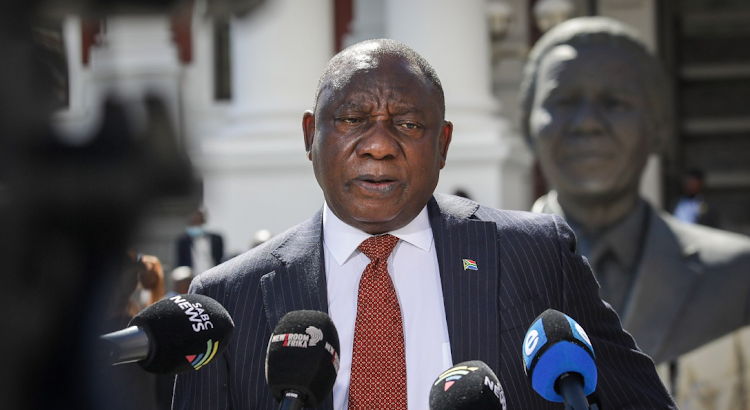 I like to tell the story of the feared headmaster who stalked the corridors, the scholars and staff standing respectfully and falling quiet as he passed by. He was a symbol of control and authority — the guy in charge who knew better. But one day his belt broke, and his pants fell down to his ankles. After a moment of shocked silence, hysterical, mocking laughter broke out, and persisted as he skulked away to his office. He was never taken seriously again; the spell was broken.

Sadly, President Cyril Ramaphosa’s pants fell down last week. I say "sadly", because most reasonable people really wanted to believe he was going to save us, right the ANC, jail the crooks and get the economy moving.

What potential he had. He could have used the Covid lockdown to make the appointments, harsh decisions and arrests necessary with no gatherings allowed. He could have tied up the nastier opponents in the party by allowing them to be formally charged. He could have grown wings and flown. Instead, he found himself putting party first, country second.

Now we need to do it the hard way: keep his party out of coalitions, get involved in righting our own streets, neighbourhoods and municipalities, and quit waiting for the saviour to come. His trousers are around his ankles and he is yesterday’s man. What a shame, what a tragedy.

YACOOB ABBA OMAR: Only rebuilding trust can stop us sleepwalking into conflict

A decision-making process that is transparent and shows results would go a long way, writes Yacoob Abba Omar
Opinion
2 weeks ago

The party is trying to put distance between itself and Eskom, crossing its arms and bleating about the state utility
Opinion
2 weeks ago

At the rate the ANC sheds votes SA could end up with John Steenhuisen as deputy president, writes Duma Gqubule
Opinion
2 weeks ago

MICHAEL MORRIS: Ramaphosa is big on promises but running out of time to act