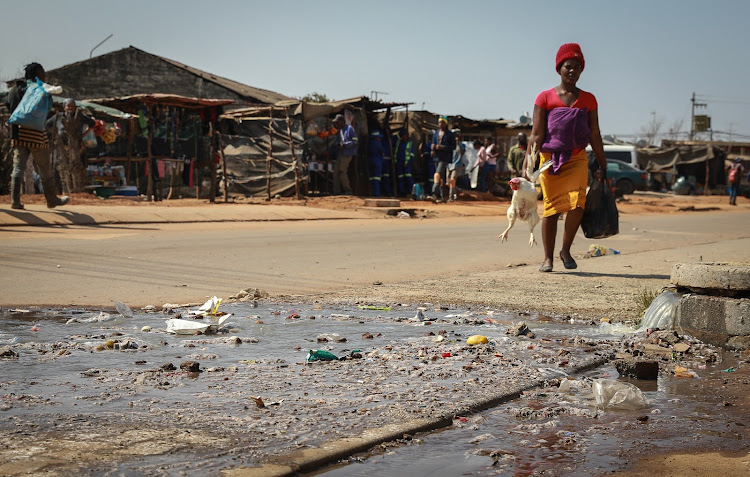 A sewage spill in Matholesville on the West Rand. Picture: SEBABATSO MASOMO

As the state is a major employer and client, it seems even outspoken, responsible citizens often impose self-censorship and turn a blind eye to unjust practices in government just to be on good terms with those in power. But it is our own silence that will break public institutions and, by default, make us accomplices in the debilitation of the state.

I had the advantage of working in KwaZulu-Natal as rural economic development projects were being implemented. However, a trend that emerged was that funding was based on partisan politics. The funded projects at district municipality level tended to be in areas controlled by the ruling party, with areas under opposition parties left on their own.

This kind of practice is myopic. The role of the state is management and administration of public affairs in the best possible way. The allocation of public resources must be fair, transparent and guided by the facts.

It is a sad reality that partisan politics simply entrench political discrimination, as those in financially ignored districts are disadvantaged economically. Poverty, suffering and hunger know no ideology or affiliation. So financial resources earmarked for rural economic development can hardly be determined by partisan politics. It is a shame and a disgrace that some deserving areas are disregarded in terms of funding on the basis of partisan politics. This is a sign of political weakness, and an unnecessary stumbling block to service delivery in SA.

If anything justifies a prison sentence in the Zuma family right now, it is the rabid incitement to violence that the former president’s daughter ...
Opinion
11 months ago

‘Leaders’ took a hard blow to their legitimacy as looting raged. Meanwhile, contempt for the rule of law flourishes
Opinion
11 months ago
Next Article