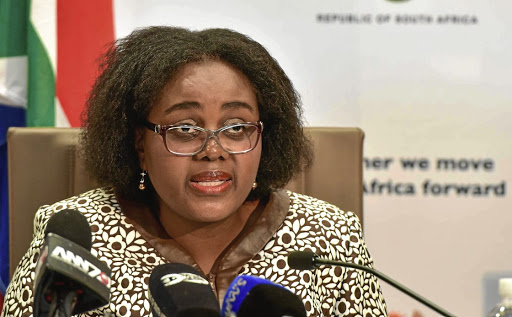 I read with interest your profile of Mmamoloko Kubayi (Fox, June 24-30).

Criticism levelled against President Cyril Ramaphosa for appointing her as acting minister of health is misguided. One doesn’t have to be a medical doctor to discharge the duties of health minister efficiently. Qualifications are more relevant in technical jobs; being a minister requires a broad understanding of relevant aspects of public policy and socioeconomic dynamics.

The minister’s job is to create an environment that allows medical doctors and other health practitioners to deal with sicknesses effectively.

In any case, under the two ministers who are medical doctors — Aaron Motsoaledi and Zweli Mkhize — the health-care system was sicker than the patients.

Trevor Manuel (an engineer) was a brilliant finance minister, Pravin Gordhan (a pharmacist) was the best SA Revenue Service commissioner, Ralph Mupita (an engineer) became an excellent CFO for MTN, and Prof Johannes Cronjé, who holds a doctoral degree in Afrikaans, became one of the leading IT technologists in this country.

Besides having a rising star in Kubayi, Ramaphosa has been on a good wicket in the past few weeks.

Criticism regarding the potential acquisition of majority shareholding in SAA by the Takatso consortium is unwarranted: this acquisition holds great promise for the future of the national carrier. If Telkom had not been partially privatised, it would have died in the hurly-burly of telecom sector competition. Instead, it is sustainable, employing thousands of people.

Though these moves are belated, the fight against corruption, the restructuring of Eskom, the raising of the self-generation cap to 100MW and the allocation of high-demand spectrum will all go a long way towards strengthening Ramaphosa’s change programme.

PROFILE: Mmamoloko Kubayi — a paragon or not?