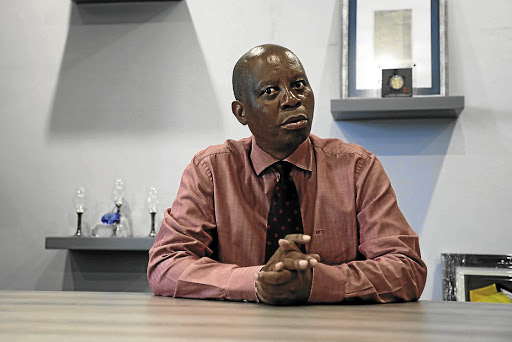 On July 31 1980, a fracas between members of the Eagles signalled the end of the band. When asked whether they would ever play together again, Don Henley famously responded: "When hell freezes over."

Years later, temperatures in hell reached below zero and the album Hell Freezes Over was born.

The Eagles’ story is a lesson in leaving room for healing and positive change. Having read Toby Shapshak’s column, "Why I’ll Never Vote for Herman Mashaba Again" (Opinion, FM May 24), I humbly refer him to that lesson.

Shapshak rightfully expresses his anger regarding the deteriorating state of Joburg under ANC mayor Geoff Makhubo. The city is characterised by rising crime, crumbling infrastructure and the decline of key basic services. But in his anger, Shapshak misattributes the genesis of these failures to his voting for former mayor Mashaba in the 2016 local government elections.

Nothing is further from the truth. By reprioritising billions away from luxuries and wasteful expenditure, Mashaba began addressing the city’s R170bn infrastructure backlog.

But change takes time. And during our time in office, we only started the work of getting the city back on track.

Nonetheless, in those three years:

These are just some of the achievements of the multiparty coalition government led by Mashaba. So, no, Mr Shapshak, I would wager you did not waste "a perfectly good vote".

I hope that setting the record straight on this matter will open the door to addressing Shapshak’s rightful anger regarding the state of the city — and give him a way of channelling it.

The former Joburg mayor let the dogs in when he was mayor. After he left, the city fell apart
Opinion
4 months ago

‘Makhubo’s mayoralty has been nothing short of a train wreck. His attempt to mischaracterise the court judgment is transparent,’ Herman Mashaba says
National
5 months ago

Clicks CEO Vikesh Ramsunder resigns to take up job in ...