ROB ROSE: Vaccines: Whose medical aid money is it anyway? 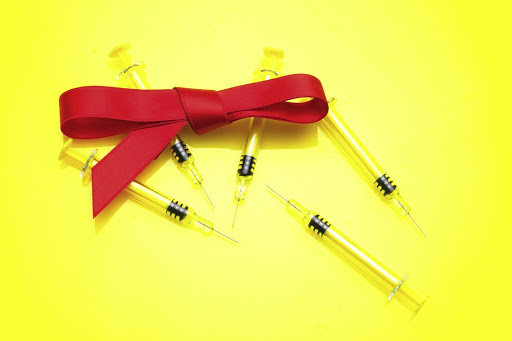 There’s a brewing tension in the medical aid sector which touches on South Africans’ rawest emotions today: a growing resentment at escalating taxes which are being squandered, anger over a long history of the unequal nature of health care, and a deep distrust of the government’s ham-fisted Covid-19 response.

The tinder that has ignited this fire, as luck would have it, is the most critical issue facing SA — how to get, and finance, a vaccine for Covid-19.

The story began a few weeks ago when the regulator, the Council for Medical Schemes, asked SA’s medical aids (which cover nine-million people) to help subsidise vaccines for those who don’t have medical aid (about 50-million people) in the interests of "solidarity".

At the time, Ronald Whelan, Discovery Health’s chief commercial officer, told the Sunday Times that for each vaccine bought for a medical aid member, one could be bought for someone who wasn’t a member. "This is undoubtedly a moment in time where solidarity in the health-care sector is of paramount importance," he said.

Medical aid members who read that would have figured it was a done deal. And they would have wondered, justifiably, why nobody bothered to ask them — since it’s their money that would be used to buy vaccines for the country.

Well, they needn’t panic. No medical aid — including Discovery, which speaks for 57% of medical aid members — has struck any such deal. Yet.

Craig Comrie, CEO of Profmed, a medical aid servicing 74,000 professionals including doctors and lawyers, says it would be "undemocratic and unethical" for schemes to decide for members how they’ll spend their money.

"We’re standing up and saying this can’t happen," he says. "No medical scheme is empowered to use the money set aside in reserves for someone else, especially without asking the members’ permission. Members should be asked to vote on this, and only then could you take that decision."

Profmed, unlike other schemes, has done just that: this week, it sent out a survey to its members. It hopes to get some sense of the sentiment by the end of next week.

Already, some members have told Comrie it won’t fly.

"The responses have come thick and fast from two distinct camps: about 80% of the people who contacted me said ‘Don’t you dare use our money’; the other 20% asked why we weren’t doing more to help the government with the pandemic," he says.

It’s a mirror of the wider social tensions in the country.

On the one hand, some medical aid members argue that they already get taxed massively and, if they keep bailing out the government for its abysmal spending (think: splurging R431m on "sanitising schools", paying crooked PPE middlemen, or injecting R10bn into a failed airline), it incentivises bungling bureaucrats to keep squandering cash.

"Our members really want to help," says Comrie, "but they are wary that this would amount to just another tax, on the post-tax money they’ve used to buy medical aid."

But you can see why politicians would be eyeing medical aid reserves, which are held in trust to cover unforeseen events. Medical aids saved R10bn last year as elective surgeries and doctors’ visits were cancelled — money which could, in a crisis, be marshalled to help millions of South Africans who can’t afford medical aid.

Comrie warns that allowing the state to dip into the reserves could have unintended consequences. "For example, we now see that the AstraZeneca vaccine isn’t as effective as expected, so we’re facing the prospect of needing more vaccines and boosters over many years. This would eat heavily into schemes’ budgets and reserves," he says.

To cope, those schemes already close to going bust will have to hike medical aid tariffs to remain sustainable.

While there has been talk that Discovery has already agreed to finance vaccines for non-members, this is simply not true, says Discovery Health CEO Ryan Noach.

"We’ve made no commitment, precisely because nothing final has been proposed," he says. "We’re awaiting clarity from the government on exactly how vaccines will be funded before we make any decision."

In December, Covid-19 vaccines became a "prescribed minimum benefit", so medical aids must pay for them. But the price they pay — the single exit price (SEP) — will be set by a committee reporting to health minister Zweli Mkhize.

Noach says the National Treasury has said it intends to fund vaccines for all. If so, Mkhize could set the SEP at zero, so that schemes would get vaccines for free. Alternatively, Mkhize could set the price at double or triple the cost — and schemes would effectively subsidise vaccines for those without medical aid. "We don’t know how it will play out yet," he says. "We will do everything we can to get the best possible price. But from our members’ point of view, our priority is to get speedy access to the right vaccine."

Noach says schemes want to display solidarity, but "we need clarity on the regulatory issues and how it will work".

Nonetheless, Profmed is adamant it won’t ignore its members’ views on this — nor will it give the government a blank cheque, to use at it pleases.

Comrie has suggested alternative ways for medical aids to help out. For example, if members agree, they could rather donate money to the Solidarity Fund for vaccines, instead of ploughing cash blindly into the state’s coffers.

"People want to help, but they don’t want to provide funding where there is no transparency or accountability for how it’s used," he says.

Given the government’s lamentable track record on Covid-19 spending, you can see why. "The principle here is that it’s medical aid members’ money," says Comrie. "And members must decide how it’s spent."

KATHARINE CHILD: Amid plans to use medical aid money to finance vaccines for SA, has anyone asked the members?

After AstraZeneca: why SA must rethink vaccines

While the AstraZeneca results are a setback, SA’s top scientists leapt into action to negotiate an emergency shipment of 1-million Johnson & Johnson ...
News & Fox
4 months ago

Covid vaccines are among the hottest commodities in the world, as manufacturers can’t produce enough jabs for everyone. The Bhekisisa Centre for ...
Features
4 months ago
Next Article

1.
ROB ROSE: The hypocrisy of Malema’s ‘march to ...
Opinion
2.
NATASHA MARRIAN: Party’s over for the ANC
Opinion / State of play
3.
JUSTICE MALALA: Why did you wait till SA was on ...
Opinion / Home & Abroad
4.
EDITORIAL: The myth of SA’s ‘poor MPs’
Opinion / Editorials
5.
SHIRLEY DE VILLIERS: The cash-strapped ANC ...
Opinion

By the numbers: The big vaccine rollout

By the numbers: The big vaccine rollout

1.
ROB ROSE: The hypocrisy of Malema’s ‘march to ...
Opinion
2.
NATASHA MARRIAN: Party’s over for the ANC
Opinion / State of play
3.
JUSTICE MALALA: Why did you wait till SA was on ...
Opinion / Home & Abroad
4.
EDITORIAL: The myth of SA’s ‘poor MPs’
Opinion / Editorials
5.
SHIRLEY DE VILLIERS: The cash-strapped ANC ...
Opinion

BUSI MAVUSO: Pragmatism rather than dogma welcome in ...