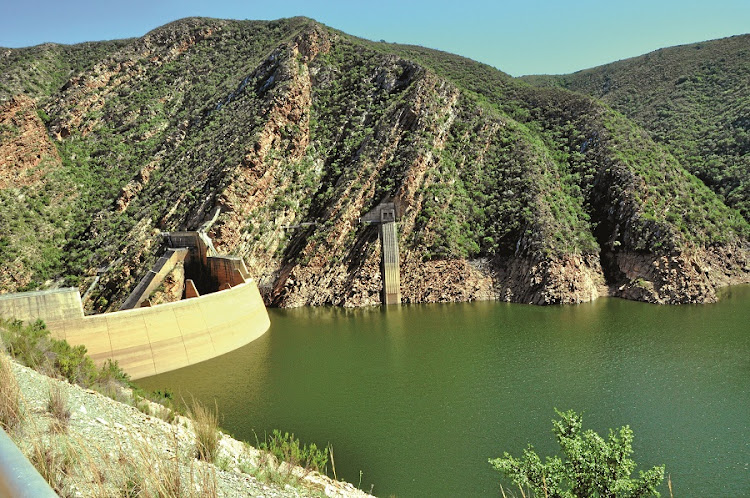 The Koega dam near Patensie is one of the three main suppliers of water to Gqeberha. Picture: BEVERLY DARLOW

On Monday, Nelson Mandela Bay’s Impofu Dam effectively ran dry. With its water level at 9%, the Churchill Dam has just 11 days of water left. When that can no longer be pumped, the taps in about 40% of the metro will slow to a trickle, if that.

There is, predictably, a last-minute scramble to stave off “day zero”. Last week, water & sanitation minister Senzo Mchunu big-footed municipal authorities to bring management of the crisis under his department. There’s talk of the defence force being brought in; the metro is ramping up its comms — including, apparently, by hauling out a loud-hailer to exhort residents to cut their water usage; and Gift of the Givers is quietly digging boreholes. A forum is “finalising modalities” so that the private sector can start fixing water leaks. Flagged as a problem years ago, these account for as much as 30% of the metro’s water usage.

Mchunu blames climate change for a seven-year drought that’s brought the region to its knees. It’s a salient point — but it deflects attention from the many governance failures compounding the crisis. Nelson Mandela Bay has for years been hog-tied by political infighting, corruption and ineptitude. This is not just a crisis of climate; it’s a crisis of management. And it’s sadly indicative of the state of SA.