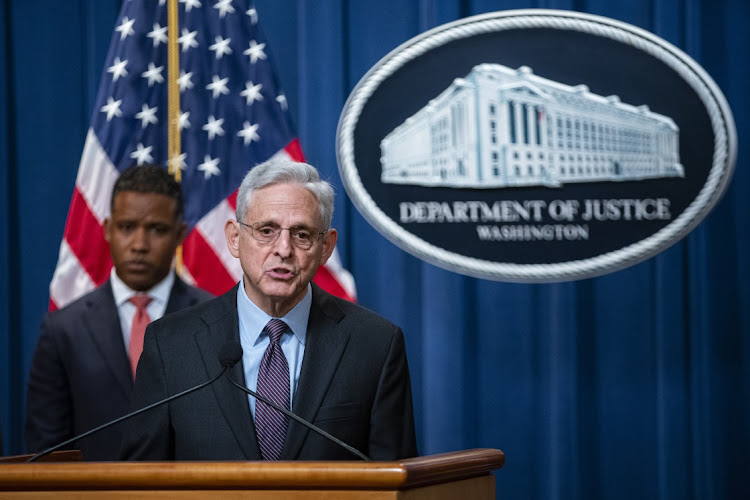 US attorney-general Merrick Garland announces that units of Glencore are pleading guilty to bribery charges as part of a sweeping settlement with authorities in the US and UK to resolve corruption probes. Picture: AL DRAGO/BLOOMBERG

Glencore’s admission of guilt, and its decision to pay $1.1bn to settle long-standing claims of bribery across the world, will have surprised nobody.

As far back as 2008, journalists began reporting that Glencore used shady middlemen to pay off officials in the Democratic Republic of Congo to secure oil deals. Since then, reports of its illicit practices have only grown.

Glencore heatedly denied it, of course. But many investors didn’t buy its glib answers — which is why the stock traded at a “governance discount” to rivals on the JSE and London Stock Exchange.

There was good reason too: this was a company steeped in corruption from its inception. Glencore was built on the ashes of the trading business created by hedge fund manager Marc Rich, who was charged with 65 counts of fraud and tax evasion in 1983, but was controversially pardoned by US president Bill Clinton shortly before he left office.

Analysts had expected a reckoning. If anything, the $1.1bn fine, along with guilty pleas in the US and UK, is less than many expected would be needed to draw a line under its past nefarious behaviour. This fine is, after all, less than the revenue Glencore chalks up in two days — not nearly enough to compensate for the damage done to the perception of corporate ethics.

The writing was on the wall a year ago, when former Glencore oil trader Anthony Stimler pleaded guilty to paying bribes in Nigeria using “fraudulent invoices” to “disguise the nature and purpose of bribe payments made to government officials”.

Damian Williams, the US attorney for the southern district of New York, said last week: “Bribery was built into the corporate culture. The tone from the top was clear: whatever it takes.”

Much of the brazen bribery took place in Africa, where the level of oversight is often poor, and politicians in the worst countries demand that palms be greased.

Remarkable details of the plea, made public last week, reveal that Glencore maintained “cash desks” specifically to facilitate bribes, which were code-named as “newspapers” and “chocolates”.

In Nigeria, Glencore paid $52m through “intermediaries” to secure profits of $124m; in Cameroon, the Ivory Coast and Equatorial Guinea, $27m in bribes secured $80m in profit.

Predictably, President Cyril Ramaphosa’s political enemies have made hay with this plea, since his former company Shanduka was Glencore’s local empowerment partner. But while you can question Ramaphosa’s poor judgment in picking friends, there is no evidence that Glencore’s vast network of corruption found expression in SA.

Nevertheless, this guilty plea does signal a warning to SA companies operating in jurisdictions that lack moral or legal restraints.

Already, some have been found wanting ethically — notably Telkom in Nigeria, MTN in the Middle East, and British American Tobacco in East Africa. But the fact that US and UK authorities stayed on Glencore’s case for a decade sends a chilling warning that employing “intermediaries” to lubricate dirty deals no longer provides the culpable deniability it once did.

With revenue of $2.34-trillion and operating cashflow of $76.58bn, this is small change
Opinion
1 month ago

The group expects its trading business to 'comfortably exceed' a $3.2bn full-year profit guidance
Companies
2 months ago
Next Article