EDITORIAL: Media victory in the battle for Steinhoff’s forensic report 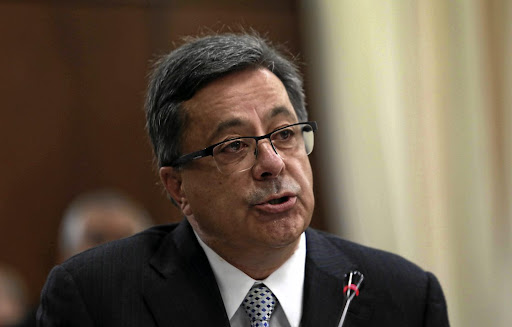 In a significant victory for corporate transparency, the FM and amaBhungane have won a landmark victory in the high court this week for access to Steinhoff’s full forensic report.

The publications had requested access to the full 7,000-page forensic report, compiled by PwC, in 2019. Steinhoff had rebuffed the request, arguing that the report contained “legal privileged” information and was “confidential”.

But in a 29-page ruling in the Western Cape High Court, released on Tuesday, judge Gcinikhaya Nuku rejected Steinhoff’s argument and ordered the retailer to hand over the report within 10 days.

Nuku ruled that there wasn’t enough evidence to substantiate Steinhoff’s claim that litigation was likely when the report was commissioned.

“There are no facts which have been placed before the court to support the assertion that litigation was in contemplation at the time of PwC’s appointment,” he said.

Importantly, Nuku also confirmed that the media has a right to access information held by a private body — such as a company — under the Promotion of Access to Information Act, and that this right does not merely apply to government entities.

“There is no doubt in my mind that the right to freedom of expression is among the rights which would entitle a requester to a record held by a private body,” he said.

The 11-page summary of the PwC report, which Steinhoff released in March 2019, sketched the outline of SA’s most audacious corporate fraud, in which its profits had been inflated by R106bn over more than a decade by “a small group of Steinhoff former executives and other non-Steinhoff executives”.

While the company has named former CEO Markus Jooste and seven others as the masterminds of that deceit, the Hawks have yet to arrest anyone.

The lessons from this judgment are clear: courts will not readily accept claims of legal privilege by companies commissioning these kinds of reports, unless the facts back it up

As welcome as this decision was, it also has far-reaching implications for other companies — including Tongaat Hulett, EOH and Sasol — which have also hired auditing firms to produce “forensic reports”, which they’ve then sought to hide from the public on the basis of “legal privilege”.

As awkward as full disclosure of these reports might be for the companies concerned, it may help rebuild the trust which has frayed in the aftermath of Steinhoff’s implosion, as well as other malpractice, such as the theft of R2bn from VBS Mutual Bank.

In particular, the FM and amaBhungane argued, in the absence of real transparency, who is to say that Steinhoff isn’t seeking to hide details it finds awkward to explain?

Advocate Steven Budlender, acting for the publications, had cited a 2009 judgment, which entrenched the view that “access to information is crucial to accurate reporting, and thus to imparting accurate information to the public”.

The FM and amaBhungane were also represented by attorney Dario Milo and his team at Webber Wentzel.

Milo says: “The lessons from this judgment are clear: courts will not readily accept claims of legal privilege by companies commissioning these kinds of reports, unless the facts back it up.”

Which means Nuku’s judgment should act as a warning to other companies that hiding behind the veneer of “legal confidentiality” won’t wash in our courts any more.

‘Media has not been muzzled’, says Steinhoff

Report about company collapse was not produced to whet the thirst of investigative journalists such as the FM editor, firm says
News & Fox
2 years ago

In the absence of real transparency, who is to say that Steinhoff isn’t simply trying to hide details it finds awkward to explain?
Opinion
2 years ago

Ironically, in a bid to get hold of the PwC report, Steinhoff’s former CEO accuses the retailer of bending the truth
News & Fox
1 year ago
Next Article