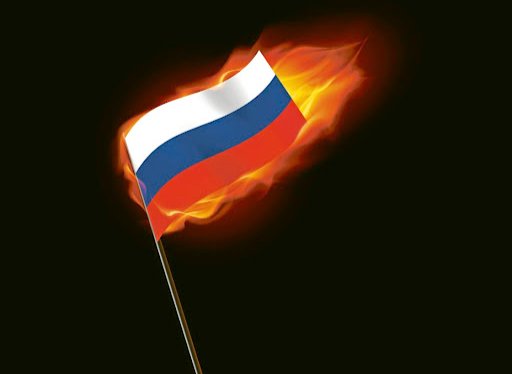 If you thought things had been going pretty badly for Naspers before Russia’s invasion of Ukraine, it has just got that much worse. In the years leading up to 2020, Naspers’s decision to climb into bed with two of the world’s most dubious regimes — Russia and China — seemed visionary, at least when it came to its stock price performance.

For investors, it was a windfall. Naspers’s $32m purchase of 46% of China’s Tencent in 2001 has been dubbed the best investment ever, and the reason its stock has soared 300% in a decade.

But in recent months, Naspers’s agnosticism over the regimes in Russia and China has come back to bite it. First, the paternalistic Chinese state signalled its political intention to curb video-gaming companies like Tencent to shape the "correct values" in its society. Now Naspers’s investment in Russian technology company VK has opened a fresh wound in its stock price, which has already shed 53% in the past year.

VK, which owns social media sites VKontakte and Odnoklassniki, is considered Russia’s answer to Facebook. These sites have been central to the Kremlin’s propaganda machine, designed to sell the Ukraine invasion to its citizens as a "peacekeeping mission".

Predictably, after the invasion, the London Stock Exchange suspended VK’s stock, while the US applied sanctions to VK CEO Vladimir Kiriyenko, who has close links to Russian President Vladimir Putin.

Equally predictable was the Naspers announcement this week that it had been forced to write down the value of VK from $769m (R10bn) to zero.

It may be tempting to think that Naspers and Prosus are innocent corporate casualties of a war they couldn’t have foreseen — but this would be wrong.

If Naspers CEO Bob van Dijk and chair Koos Bekker somehow missed the role that VK has played in stoking Putin’s war, it’s only because they chose to see no evil. Until last Friday, three Naspers nominees — Jaco van der Merwe, Charles Searle and Mark Sorour — sat on VK’s board, putting Naspers at the heart of the Kremlin’s disinformation campaign.

So how bad has it been?

The Washington Post described it well: "A glance at VK, which claims to have 97-million active users and has been controlled by Putin allies since 2014, reveals the nature of this support. In this state-controlled sphere, the war is most conspicuous by its absence. Entering the phrase ‘no to the war’ — a popular slogan with more than 430,000 mentions on Instagram — in the search box on VK led to just 1,700 results on Tuesday."

Even as anti-war messages vanished, pro-war content proliferated, parroting what some call a "hyperbolic version" of government narrative. As one post put it: "Today I want to write about the f*****s who’ve decided that Russia invaded Ukraine … you absolute b*stards, Russian soldiers are saving people!!!"

This isn’t a revelation. VK began inching in this direction a few years after Naspers first paid $166m for its 30% of the Russian firm in 2006. It’s why, in 2017, Ukraine banned VK, given the glut of Russian propaganda echoing Putin’s claim that Ukraine is controlled by "neo-Nazis and drug addicts".

Last December VK’s aspirations became more overt when one of Putin’s close friends, Yuri Kovalchuk, managed to wrest control of VK, along with gas giant Gazprom and state lender VTB.

As Reuters put it: "A pliant social media company would be a handy political counterweight to YouTube, [which] has drawn the Kremlin’s ire by airing opposition figures like jailed dissident Alexei Navalny." Naspers, Reuters said, had "backed the wrong horse".

Still, Van Dijk’s company isn’t the first SA company to get swept up in the unpalatable political machinations of a illicit regime. In Iran, MTN was accused of helping the government eavesdrop on subscribers, giving intelligence officials "open" access to its network — a claim MTN hotly denied.

But operating in "fear factor" quasi-dictatorships, like Russia and many countries in the Middle East, puts companies in the firing line when something goes wrong. The only answer is to do better at consistently taking the temperature of a region, acting swiftly, and not deceiving yourself about what’s going on. Naspers is reaping the whirlwind of its inaction.

Mondi and Barloworld are foremost among the SA companies with exposure to Russia, and Coronation is also in the firing line. But on the other hand, ...
Features
3 months ago