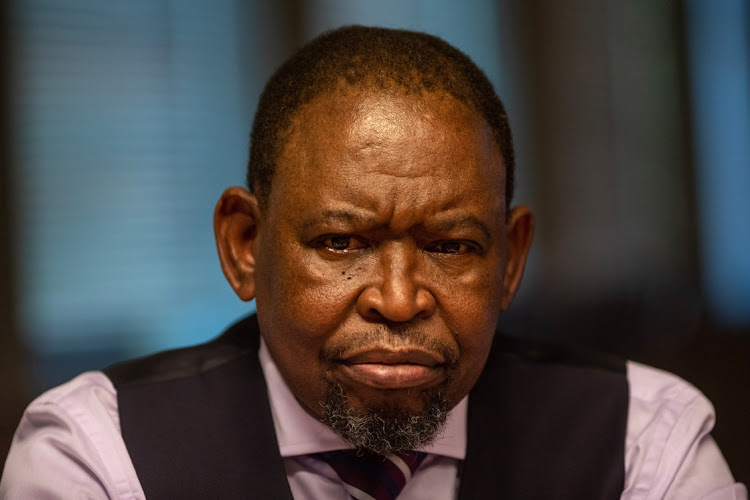 Finance minister Enoch Godongwana, in his maiden budget speech this week, off-handedly joked about the "generosity" implied in the fact that there will be "no increases" to a range of taxes. He laughed as he said it, perhaps in recognition that it was a tongue-in-cheek statement.

Make no mistake, it is indisputably good that Godongwana found enough room in the fiscus to not only avoid hiking personal income taxes, VAT and fuel taxes, but in some cases, even lower them.

Corporate tax will fall to 27% from 28% — the implementation of an earlier decision that will see Treasury forgo R2.6bn and give companies more scope to expand and, hopefully, hire staff. Adjusting personal tax brackets (though only in line with inflation) still delivers a R13.5bn tax break to individuals.

But the fact is, Godongwana was given this leeway not through any innovative or smart policy decisions by his government, but rather through the blind luck of soaring commodity prices.

Over the past three years, platinum prices have risen 28%, gold has climbed 43%, palladium has gained 53%, and oil has soared 63%. It meant that last year, Anglo American paid R30bn in taxes to the SA government including R5.3bn in royalties; Impala Platinum paid R10bn in tax and R3bn in royalties; Glencore paid R933m in tax and R228m in royalties; and Sasol paid R7.4bn in tax.

This is the primary reason why the government landed a R181.9bn windfall, which allowed it to collect a record R1.5-trillion in tax. It provides the elbow room to cut government’s debt (about 45% of that R181.9bn will be used to cut debt), while 55% will be used for "urgent spending priorities", such as health care and paying Covid grants.

It also allows for an easing of SA’s debt metrics: Treasury now expects the country’s debt-to-GDP ratio to peak at 75.1% — considerably better than previous talk of more than 90%. In a country where 20c of every rand collected in tax goes to pay state debt, this is a considerable bonus.

There were other particularly encouraging signs too: for example, the R76bn set aside for "jobs programmes" is a far better long-term use of tax money than simply paying grants.

Not everyone was pleased, however.

The IFP’s Mkhuleko Hlengwa, for example, felt Godongwana’s speech hadn’t captured "the seriousness of the moment" for SA’s economy. The DA’s Dion George said he "did not go far enough to address the elephant in the room: the public sector wage bill, escalating costs of our national debt and precise detail on state-owned entities".

Still, Standard Bank economist Elna Moolman said the signals were encouraging — even if the risks hadn’t vanished. For one thing, Treasury is sticking to its plan of curbing growth in state wages, and is clear that any permanent hike in grants can’t happen without a sustainable financing model. "However, the execution risk remains very high for all three spending areas — grants, wages and SOE bailouts. This is also the case with growth-enhancing structural reforms," she said.

That is the issue. While Godongwana used the mining windfall to create breathing room, this isn’t the budget that will extract SA from its quagmire.

The bottom line is, the government needs to implement innovative policies to catalyse growth. The commodity price run won’t last forever — some say it has already peaked. So what SA needs are tangible economic reforms that will encourage companies to expand, and create more jobs.

To his credit, Godongwana applied commendable dexterity to leverage the luck he had to ease the noose around SA’s neck. But the next step will be up to President Cyril Ramaphosa: can he finally extract his cabinet’s feet from molasses, to ensure growth-stimulating reforms actually happen?

Keep up to date with the latest budget speech developments, and get the opinion and analysis you need to make sense of it all, with a BusinessLIVE subscription. Subscribe today and get 50% off. Click here to subscribe.

All the latest news, views and analysis of finance minister Enoch Godongwana's budget address in Parliament
News
5 months ago