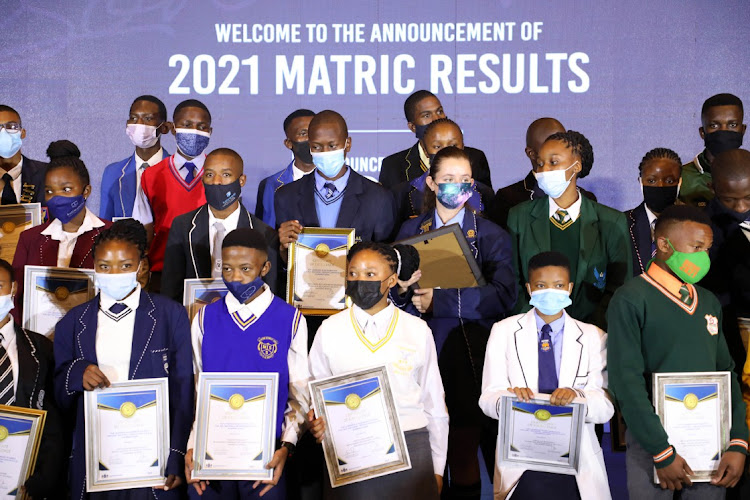 If there is one thing South Africans agree on, it’s that radically improving the education system is the key to faster growth, more jobs and greater prosperity; that without a sustained improvement in the quality of school passes, especially in key subjects such as maths and science, SA will be unable to fuel a modern, fast-growing economy.

This week, basic education minister Angie Motshekga lauded the fact that the matric pass mark has crept up to 76.4%, from 76.2% last year.

Certainly, there is room to applaud pupils who managed to do well despite the overextended school system and a year in which Covid teaching restrictions made things far harder. On the bright side, there wasn’t an increase in dropouts, and the number of schools achieving a 100% pass rate increased to 515 from 479 in 2020. More significant is that the proportion achieving admission to bachelor studies has remained stable at 36.4% in the past two years, compared with the pre-Covid figure of 36.9% in 2019. Motshekga is also pleased that the maths pass rate rose from 53.8% in 2020 to 57.6% in 2021, and that physical science was up from 65.8% to 69%.

On the other hand, performance declined in accounting, economics, geography and maths literacy. Still, the department concludes in its 2021 exam report that learning outcomes are improving and its interventions are working.

However, the FM’s analysis shows that in 2021, just 20% of the entire matric cohort passed maths — no better than in 2009. It was even worse for science, with just 18.5% of matrics passing that subject last year.

What a travesty that in more than a decade, SA has not been able to channel more than one in five matrics towards these key gateway subjects!

At the 50% pass mark — the minimum required for further study in engineering, accountancy and commerce — the trend in maths has been static for the past decade, at about 55,000 pupils a year, according to the raw marks.

This is bad news for an economy that suffers from a dire shortage of engineers, scientists, mathematicians and accountants.

Looking beyond the matric marks, there has been a systemic improvement in SA’s performance in international tests over the past 20 years.

Between 2011 and 2019, SA’s grade 9 maths performance on the benchmark Trends in International Mathematics & Science Study tests improved steeply — except that SA was rising from the very bottom of the log.

To put this in perspective, if we continue improving at this rate, by 2025 our grade 9s will match the competence of Thailand’s 2015 grade 8s; they will surpass Malaysia’s 2019 level by 2030. In other words, SA’s maths ability lags its middle-income peers by about 10 years.

Things are just as bad when it comes to literacy. A 2016 study showed that 78% of SA’s grade 4s can’t read for meaning in any language. At current rates of progress, all SA children will be able to read for meaning only by 2103.

This is a terrifying prospect. So is the fact that about half of all young people don’t even get a matric, and thus leave school without a formal qualification with which to find work. Meanwhile, SA’s vocational training system remains patchy and underresourced.

The grim reality is that fewer matriculants are likely to find jobs anyway, given the runaway unemployment epidemic Motshekga’s party has been unable to tame. Today, just 40% of adults with matric have a job, compared with 60% in 2008. It’s an indictment of the governing party, and leaves many of those who rightly celebrated their achievements last week feeling a lurching anxiety about their future, and the emptiness of the state’s promises.

Inside SA’s education apocalypse, and the players trying to turn the tide

The state schooling system was nothing to write home about prior to the Covid pandemic. But economic decline, lost learning hours and amplified ...
Features
7 months ago
Next Article

LUCIEN PIERCE: Why the state’s capitulation over the publication of matric ...

LUCIEN PIERCE: Why the state’s capitulation over the publication of matric ...