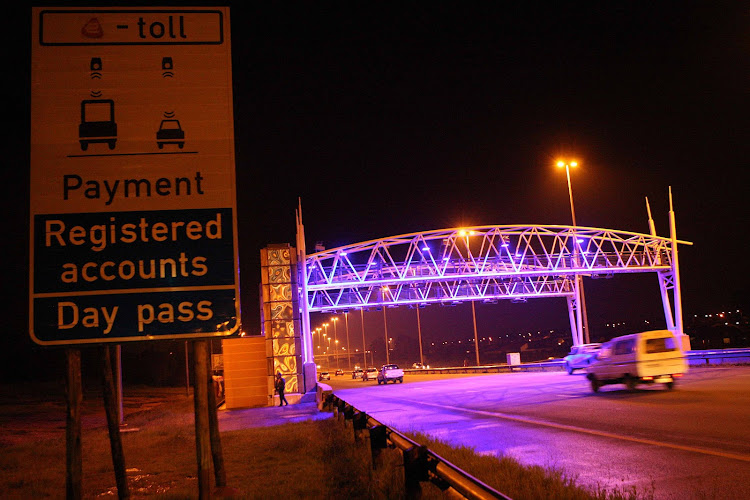 It is a small but significant reprieve that, in the week that South Africans saw the petrol price tear through the R20/l mark, we also saw the first indication that the much-hated e-tolls will be consigned to the scrapheap.

E-tolls, meant to finance the building of a Rolls-Royce highway network in Gauteng, were launched seven years ago. But, disenchanted by a process that paid only lip service to "consultation", motorists simply refused to pay.

So it was no surprise that last week, transport minister Fikile Mbalula told Moneyweb that "we are looking at the scrapping [of e-tolls] and the implications". Characteristically, Mbalula later dismissed the death of e-tolls as "fake news" — though there was no indication he’d been misquoted. Instead, he said the final decision would be announced by finance minister Enoch Godongwana in February.

But the fact is, e-tolls are as good as buried. Mbalula may kick the can down the road — in May, he promised a decision within "two weeks" — but it’s clear motorists have boycotted the system. In November, Godongwana’s medium-term budget recorded that only R5.5bn had been collected in toll fees, compared with the initial projection of R20.2bn.

When the final rites are administered, the demise of e-tolls will be a significant moment, and the standard against which civic protest will be measured in future. The e-tolls debacle illustrates that pushing through another covert tax, with a token effort at "consultation", won’t fly any more.

The tax base — disillusioned by how much has been stolen from public coffers over the past decade — saw this as just another way for the government to shift its liabilities onto an already overyoked citizenry.

In theory, road tolls are an accepted practice. As Mbalula pointed out, the "user pays" principle allowed the SA National Roads Agency to raise money to fix the highways in the first place. "Once that is taken away, it means we have to redirect the money that is meant for road upgrades from the department to pay for e-tolls," he said.

But the government is now in a corner. Mbalula said the one option being considered was whether to use the fuel levy to fund the repayment of the bonds taken out to pay for the highways.

At this point, there’s no scope for more fuel taxes. From December, the petrol price will hit a record high of R20.13 for 93-octane fuel. The Automobile Association (AA) described this as an "entirely home-grown" disaster, reflecting the plunge in the rand — from R13.40/$ to R16.15/$ — after the July riots.

As it is, South Africans are paying too much in fuel taxes. Nearly a third of the price you pay for every litre of petrol — R6.11 — is already being sucked up in taxes.

Looking to guzzle up even more in taxes from fuel, to retrospectively pay for a poorly conceived and implemented e-toll project, is clearly a nonstarter now.

This is particularly relevant since fewer people have the option to opt out of road travel and use trains instead. This is a reflection of the rapid deterioration of another institution in Mbalula’s portfolio — the Passenger Rail Agency of SA (Prasa). Here, it is decisions taken by his department— like the inexplicable call last year to withdraw security staff from stations, which was followed by the stripping of train stations, tracks and cable theft — that contributed to the decay.

It doesn’t help that Prasa is without a CEO following the dubious decision to suspend recently appointed head Zolani Matthews — the first permanent CEO in an incredible six years — over the simple matter of his having a UK passport. Matthews was appointed on a clean-up ticket, and it’s clear that didn’t impress the rent-seekers still at the trough.

All of which leaves the government snookered. Mbalula is right that scrapping e-tolls will leave it in an invidious position. But if his government can’t adhere to the law when planning projects, and doesn’t consider the impact of its ill-conceived decisions, it only has itself to blame.

E-tolls decision to be made by February budget, says Mbalula