Tuesday’s judgment in favour of the FM and amaBhungane represents a resounding triumph for SA’s access to information laws, which are frequently ignored by politicians 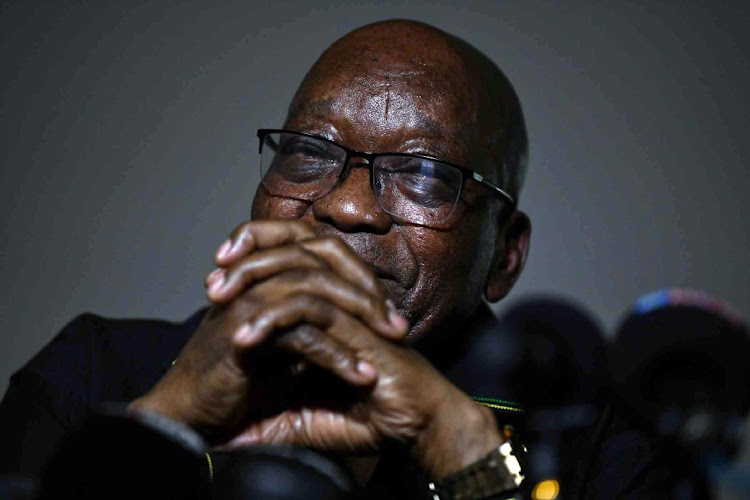 It was as profound a victory for accountability as it was precedent-setting for transparency. On Tuesday, high court judge Norman Davis ordered the SA Revenue Service (Sars) to hand over, within 10 days, the tax returns of former president Jacob Zuma from 2010 to 2018.

The FM, along with media organisation amaBhungane, lodged this case two years ago, arguing that there was a clear public interest in disclosing these records under the Promotion of Access to Information Act (Paia), considering the “serious and credible” evidence that Zuma wasn’t tax-compliant during his years as president.

Davis had to balance this against the objections of Sars and other state organs, which argued that the Tax Administration Act obliges Sars to “preserve the secrecy of taxpayer information” as sacrosanct, even above the constitutional right of citizens to access state information.

The case only went to court because Sars had already rejected our application for Zuma’s tax records. As Sars commissioner Edward Kieswetter put it in this case: “Without this statutory guarantee of confidentiality, the expectation that the taxpayer will be candid and accurate with Sars diminishes.”

While some critics may fret that this opens the door for their own taxes to be revealed publicly, this isn’t the case. Here, the FM and amaBhungane didn’t call for a wholesale removal of this confidentiality regime; only that where the public interest outweighs the harm, there can be a “public interest override” to the secrecy regime.

In the case of Zuma, the public interest was manifest and substantial.

After all, here was a head of state who was alleged, in Jacques Pauw’s book The President’s Keepers, to have failed to submit tax records for the entire seven years of his presidency. Not only was Zuma said to owe millions for the fringe benefits he got thanks to the (taxpayer-funded) security upgrades at Nkandla, he also allegedly got numerous “donations” from the Gupta family and others.

Interestingly, Zuma didn’t oppose this application — rather, he simply ignored it. Had he chosen to dispute the allegations, Sars might have had a stronger case.

In a 26-page judgment, however, Davis rejected the argument for blanket secrecy. He said it wasn’t a “universal truth” that without secrecy, tax administration can’t function properly. Some other countries, for example, have far fewer prohibitions on disclosing tax details, he pointed out.

“To put it bluntly, there is no direct or factual evidence that taxpayers in SA rather make disclosure of their affairs because of the secrecy provisions, as opposed to the coercion of the penalties and sanctions which follow upon nondisclosure.”

Davis ruled that a blanket prohibition on revealing taxpayer information, whatever the circumstances, “is not justified” under section 36 of the constitution. Those clauses in the Tax Administration Act which prevent information being given out under the access to information rules are “unconstitutional”, he said.

Critically, Davis set aside Sars’s decision to refuse our application for Zuma’s tax returns from 2010 to 2018. And he ordered that it must supply Zuma’s “individual tax returns … within 10 days of the order”.

For good measure, he gave parliament two years to remedy the defects in both the Tax Administration Act and Paia.

While it is possible Sars may now appeal the case, Davis’s judgment represented a resounding triumph for SA’s access to information laws, which are frequently ignored by politicians. And it reinforces the accountability in the constitution, which prioritises the wider interests of the public over the powerful who choose not to follow the rules.

Zuma's decision to approach the African human rights court has law experts baffled. As former president, he should know exactly why that's not ...
Opinion
6 months ago

Zuma and the ‘CIA agent’ who never was

‘Luciano’, the ‘CIA agent’ accused of conspiring to have Jacob Zuma prosecuted, turns out to be a founder of the Scorpions and a powerful ...
Features
6 months ago
Next Article