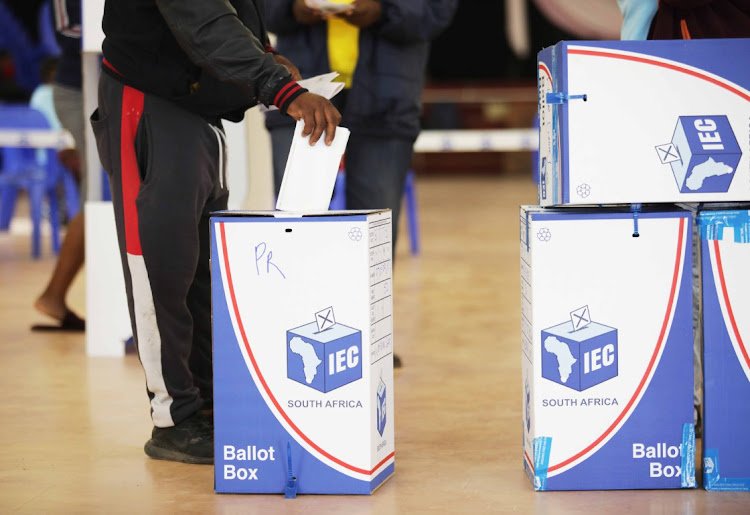 It is hard to overstate the significance of the fact that the ANC’s overall support, as evidenced in this week’s local government poll, has dipped below 50%. As the FM went to print, the results were still being tabulated, but already it was clear that a line had been breached for the first time. At last count, the ANC was expected to grab 46.4% of the national vote — still far ahead of the DA, which was tracking at 22%, but below the halfway line.

Almost immediately, the Luthuli House spin doctors were giddying themselves with wafer-thin excuses.

"The blackouts and Eskom, we all agree, have been the major opposition for the ANC in this election," said deputy secretary-general Jessie Duarte.

It was almost as if Duarte had forgotten that she’d been in her post for the entirety of former president Jacob Zuma’s ruinous term, during which Eskom was so badly crippled.

Elsewhere, Fikile Mbalula, the ANC’s bumbling head of election strategy, blamed not being able to campaign for longer than a month. And in KwaZulu-Natal, spokesperson Nhlakanipho Ntombela said: "The main challenge the ANC had in these elections is that most of our supporters didn’t vote."

All this illustrates is that the ruling party has lied to itself for so long that it doesn’t even know how to discern the truth. Load-shedding is a gargoyle of the ANC’s own making, while the low voter turnout is a reflection of the fact that the ANC has done so little to enthuse its own base.

The uncomfortable truth for the ANC is that, if anything, it deserved to do far worse than it did.

That it still seems set to retain its majority in the poorest provinces — in North West, where some towns have sewage running down the streets, the party is still likely to scoop about 56% of the vote; in the Eastern Cape, pockmarked with bankrupt cities, the ANC is on track for about 64% — speaks to the fact that the ANC has managed to dupe voters into believing that their dire circumstances are somehow divorced from their government.

At least the party felt some heat in the cities. But it wasn’t the shellacking it deserved.

How is it that a party that misrepresented property values in Ekurhuleni so as to justify extortionate rate hikes remains in power?

How is it that a party that can’t keep the lights on, that so overtly allows the prisons system to be manipulated its own political imperitives, that protects manifestly incompetent councillors, is getting even a single vote?

A cynic might suggest that the ANC has carefully crafted an ignorant and dependent electorate through a peculiar combination of abuse and paternalism: years and years of awful education, combined with a far-reaching programme of social grants.

Either way, it’s not just the ANC that needs to spend a moment on honest self-reflection; SA has to explore why so few people believe in the democratic process.

It’s clear this election has revealed some deep schisms in society.

More particularly, how should we understand why voter turnout was so low — 46% of registered voters — at a time when the governing party’s failings deserve to be punished at the polls?

There are some rough answers, of course. For example, anecdotally, many people complained that every option on the ballot was flawed, and there was no party that represented their values enough to draw them out on November 1.

It’s a poor excuse for this civic apathy. Disenfranchisement of the majority of South Africans was at the heart of apartheid for 50 years, and for decades before that. To then spurn this opportunity — even if taking it entailed picking the least worst candidate — suggests a devastating fracture in the country’s psyche.

The ANC and DA’s loss of support in the local government elections suggests an electorate disillusioned by SA’s bigger political parties. The era of ...
Features
8 months ago

The failings of SA’s broken municipalities and infighting in city councils are increasingly being aired in court. That may ramp up in the aftermath ...
Features
8 months ago