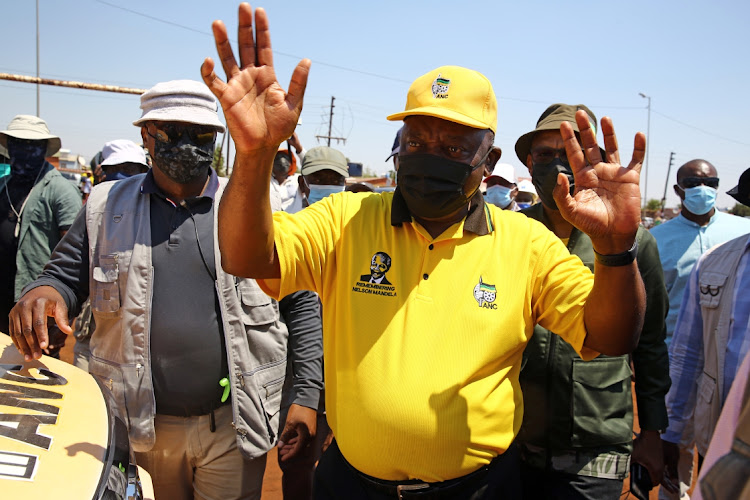 Last weekend, the ANC’s head of elections, Fikile Mbalula, took issue with a comment made by FM contributor Carien du Plessis about the indecent last-minute bustle to fix up Harrismith’s roads ahead of a visit by President Cyril Ramaphosa.

"You are on an ANC decampaigning mission," he told Du Plessis. "You are going to fail dismally."

Even for Mbalula — who has vacillated between the monikers "Mr Fixit" and "Fear Fokol", but should probably correctly be known as Mr Fix Fokol — it was a particularly feeble reply.

As Du Plessis wryly points out, to describe a journalist reporting what she sees on the ground in a municipality run by the ANC as "decampaigning" speaks volumes about the party’s performance. If anyone has "decampaigned" the ANC, it is the ANC.

This is nowhere more evident than in the unselfconscious cynicism of Mbalula’s assertion that the ANC should be elected since it can be relied upon to "fix roads, potholes, sewage spills and broken water pipes". As critics retorted, one organisation has been mandated to do precisely this for nigh on three decades — the ANC. And it has failed.

But Mbalula’s fighting talk has also illustrated how, with the ANC in full campaign mode, the actual business of running the country has ground to a halt. Instead, we see civil servants, whose time is paid for by taxpayers, out participating in rallies and giving the country’s roads their customary election time buffing, in preparation for years of neglect. State departments, it would seem, have hit the pause button, until after the November 1 poll.

SA can hardly afford it. The government’s in tray is piled perilously high: the allocation of broadband spectrum, needed to haul SA closer to a digital era, remains in limbo; the SA Post Office has all but collapsed with nary a sign that communications minister Khumbudzo Ntshavheni has noticed; and in Mbalula’s transport portfolio, the less said about the decomposing railways and ports the better.

As for our justice sector, despite the grave warning that the instigators of the July riots would be brought to book, the 12 supposed ringleaders are yet to appear in court. And in the meantime, two cabinet ministers and a deputy minister were taken hostage last Thursday by "war veterans".

And what of hiring a new chief justice, now that Mogoeng Mogoeng has left office — a vital role during an election where legal challenges are likely?

Nor have we seen much movement on the promised tourism reforms, now that the UK has removed SA from its travel "red list". Predictably, uncomfortable economic reforms, needed to relaunch SA onto any kind of a growth path, have also been shelved, no doubt for fear of angering the ANC’s union allies.

What we do have, however, are superficial tweaks designed to sway voters — such as the strange to and fro between the City of Joburg and Eskom over Soweto’s power woes. Now, it seems, there is a "memorandum of understanding" for the city to take over running the suburb’s power supply — remarkably convenient since the community happens to represent a huge ANC voting base.

The problem with this is that there should be a professional civil service that keeps things working, irrespective of which party is in power. While politicians obsess about being re-elected, the bureaucrats should ensure SA ticks on regardless. Yet the public service has become so politicised that the state effectively stops working in the run-up to elections as civil servants undertake "campaign work". Or, to call it what it is, they apply lipstick to the pig.

But once the results are in, it is the voters who have to live with decay, while the politicians divvy up the spoils to form coalitions to take control of municipalities. Eskom will resume load-shedding. Gauteng’s stop-gap measures to halt the water shortage will end and taps will again run dry. Covid will surge back in the aftermath of mass political gatherings.

What this means is, post-election, you can expect everything-shedding — water, power and health — all in time for the holidays.

Internal party polls are particularly unreliable ahead of these elections, but there seems to be some data behind the DA’s attacks on ActionSA
Opinion
7 months ago

By November 2, ANC leaders will have switched their attention to the next internal contest for power, which is set to take place at the end of 2022
Opinion
7 months ago

An election is about reflecting deeply on the previous five years and addressing the problems facing our country, but the many party manifestos don’t ...
Opinion
7 months ago
Next Article

EDITORIAL: Look at all the options to tackle the ...