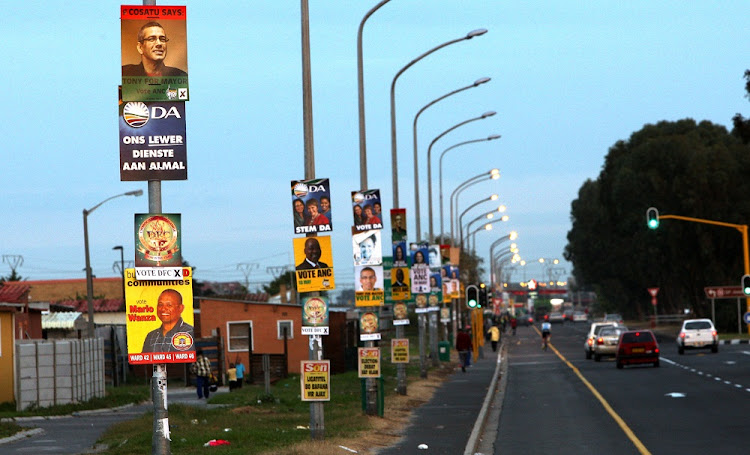 The extraordinary range and depth of corruption in our government for much of this century, known as "state capture" for short, prompt the question: did the criminals really think they would get away with it? The answer has to be yes.

The monstrous looting of tens of billions of rands could only have been arranged by people absolutely confident of never being exposed or punished. They believed that the criminal justice system would never catch up with them because the system itself was bent — at worst actively collusive, at best rendered impotent.

The ruling party through this entire period has, of course, been the ANC. There are those who would like to believe there is a "good" ANC, which is now getting the upper hand over the "bad" ANC. The less charitable view, as DA federal council chair Helen Zille argues on page 10, is that the organisation is rotten to the core and, like the Mafia, cannot be reformed — it can only be voted out or hastened into disintegration.

It would appear, given all the evidence at the Zondo commission, that a portion of the billions stolen during the past decade found its way into the ANC’s bank accounts. Now that the party is being forced to reveal its funders — it had little option, as the government passed a law compelling this — the taps have been closed.

This week, the ANC lamented that the new regime of transparency over political party funding itself was responsible for its cash flow problems. Treasurer-general Paul Mashatile (and if there is a "good" ANC, he is believed to be part of it) claimed that because of the new Political Party Funding Act, "we are now experiencing a situation where a lot of companies are very reluctant to donate".

This was a sentiment also voiced by Mary Slack, daughter of the late Harry Oppenheimer. She acknowledged donating R15m to the DA, while saying she felt the transparency "will be a deterrent for many … a lot of parties haven’t declared anything [because of this]".

There are ways around this, though. Big corporates can donate to more than one party, on the principle of nonpartisan support for the democratic process and in the belief that a well-funded party will be in a position to offer voters a genuine choice. Oppenheimer himself was a major personal donor to the old Progressive Party and its successors, which provided the main liberal opposition to the National Party.

However, Anglo American (founded by his father, Ernest, and run by Oppenheimer for a quarter of a century from 1957) also made at least one major donation to the ANC in the 1990s, leading up the first democratic elections.

But the bottom line is, as awkward as transparency may be for potential donors, this is a necessary consequence of democracy — and in a country as savaged by corruption as SA has been, the more sunshine that falls on the nexus between funders and political decision-making, the better for everyone.

The ANC and DA may be whingeing about it, but at least they have bothered to comply.

A far more insidious trend was evident, however, when the third-largest party, Julius Malema’s unaccountable EFF, simply announced it had nothing to declare. According to Malema, no-one had given it any donation of more than R100,000. This is a hard line to buy — especially given the detailed allegations of stolen VBS Mutual Bank money finding its way to EFF-linked interests.

The Electoral Commission of SA needs to dig deeper on this. Apart from the legal obligation, the EFF could end up as a coalition kingmaker in the November election. Voters should be aware of who funds the EFF, and who pulls the strings.

Of 504 parties registered with the IEC only the ANC, DA and ActionSA disclosed direct pledges, with the DA reporting largest single donation
National
2 weeks ago

Commission omitted to name the parties that did not disclose their financial backers, official opposition says
Politics
2 weeks ago

A R100m tax bill, R71m in outstanding provident fund contributions, and two months of unpaid staff salaries — It’s no wonder the ANC has turned to ...
Features
3 weeks ago
Next Article