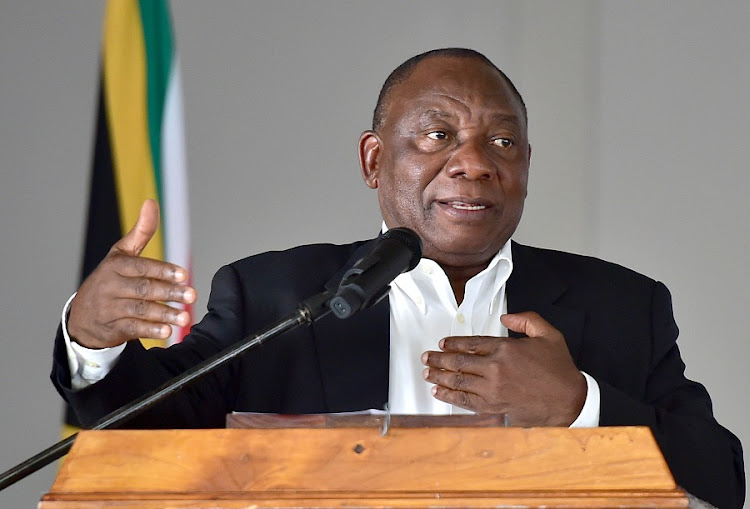 Yet again, President Cyril Ramaphosa has wrung his hands and spoken of how we must do "more" to protect whistle-blowers, after the fatal shooting of Babita Deokaran, 53, a senior finance official in the Gauteng health department. Deokaran was a witness in the Special Investigating Unit probe into personal protective equipment corruption in Gauteng.

But if the president truly believed a word of what he said, he’d have done far more about whistle-blower protection. Who, after all, is better placed than he to do that?

A rather more cynical take is that his party, the ANC, wants to do far less to protect whistle-blowers. How else could you interpret what happened during the height of state capture, when any number of whistle-blowers took the information they had to senior ANC leaders, and were either received with the coldest of shoulders or an insipid defence of former president Jacob Zuma, who the ANC allowed to occupy the Union Buildings for nine years?

Ramaphosa’s administration has been almost as hostile to whistle-blowers. Damningly, there is the inconvenient fact that the whistle-blowers who testified at the state capture commission all had to pay for their own lawyers, when those they were testifying against — deplorables like Nomvula Mokonyane, David Mahlobo and Malusi Gigaba — all had their legal fees paid by the state.

If ever actions spoke louder than words, Mr President, it was in this decision.

You could even argue that if Ramaphosa were serious about reducing the need for whistle-blowers, he’d have convinced the ANC to ditch its cadre deployment policy, which has wrecked state institutions, laid waste to government departments and tarnished the legislature.

Would there even have been a need for whistle-blowers like Deokaran in the Gauteng health department had the legislature exercised adequate oversight in the first place?

And, were our municipalities not run with all the fiscal constraint of the Gigaba family on a trip to Savile Row, there’d be less need to sound the alarm on what is happening in local government.

Deokaran is not the first whistle-blower to be murdered, it seems, at the behest of slimy politicians.

The murder of North West councillor Moss Phakoe, who was gunned down in his driveway in 2009 one day after submitting a dossier of corruption allegations, remains unsolved.

Matthew Wolmarans, the Rustenburg mayor at the time, and his bodyguard were convicted of the murder, but this was overturned on appeal after a key state witness backtracked on the evidence he provided.

Another 2009 murder was that of Jimmy Mohlala, the Mbombela municipality speaker, shot after uncovering corruption in the R1.2bn stadium tender for the 2010 Soccer World Cup.

Ramaphosa’s words ring especially hollow given that on the day he testified at the Zondo commission, a group of whistle-blowers gave his office a memorandum on ways to bolster protection to whistle-blowers.

Yet on Monday, Ramaphosa’s message to whistle-blowers was as silent on these measures as it was rich in cotton-wool platitudes.

In April, months before Deokaran’s murder, Ramaphosa bemoaned the suffering of whistle-blowers, but his administration did exactly nothing to protect her or any of the others. Those who were victimised for standing up for their ideals are now being patronised by politicians.

Gauteng health’s chief director of financial accounting, Babita Deokaran, was murdered after giving evidence about corruption involving PPE in the ...
National
10 months ago

How many murderers have been ANC members or held public office over the past decade? And how do we feel about that?
Opinion
10 months ago

The president says the government must urgently review its approach to the broader protection of whistleblowers by tightening existing laws and ...
National
10 months ago

The real heroes of SA’s escape from state capture are the whistleblowers, who risked everything to shine a light on the rot. The country’s ...
Features
10 months ago
Next Article