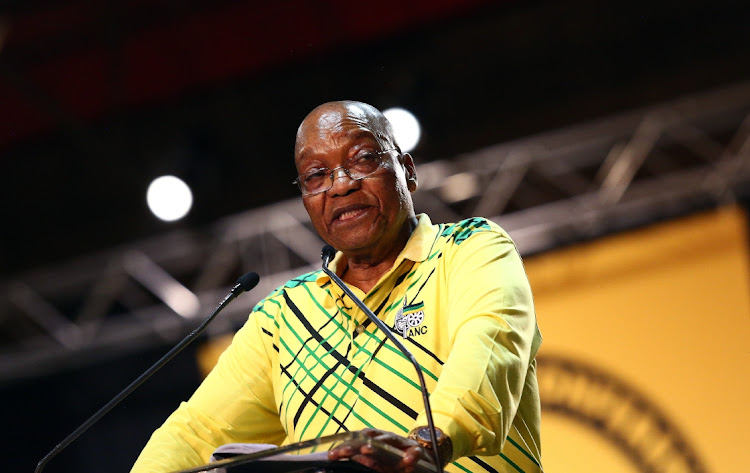 There isn’t much on which you can agree with Jacob Zuma, but he was spot-on this weekend when he said: "The government does not know how to govern and how to handle the law." He was right — but not in the way he imagined.

Rather, the way Zuma’s supporters massed at Nkandla, while his own party, the ANC, remained silent, rendered President Cyril Ramaphosa’s lockdown regulations worthless.

How can the ANC claim any sort of moral high ground when people are being locked up for carrying alcohol in their cars, yet Zuma, the narcissist-in-chief, flagrantly abuses lockdown rules, tacitly sanctions their violation by others and sneers at the nation, maskless?

It was as eloquent a statement as could ever be made about how the rules are meant for the powerless, while there’s a far more accommodating set of standards for the elite. This was underscored when Lindiwe Sisulu arrived at Nkandla, and told the world that the ANC’s national executive committee had been deployed to make sure "everything is in order". She claimed there’d been "no defiance" of lockdown rules, when the truth was clear for all to see.

Sisulu then attacked a radio presenter when called out for the party’s complicity in creating the Zuma monster. Yet this is someone who fancies herself "presidential material". It suggests Sisulu is almost as deluded as Zuma’s son Duduzane, who seems to think that having good looks, a few rally slogans and ostentatious wealth qualifies you to be a presidential candidate.

Then again, in the ANC today, it just might.

As the governing party pandered to Zuma’s paranoid delusions over the weekend, the third wave of the pandemic wrought havoc. As South Africans, obeying the curfew, stayed home, images from Nkandla of hundreds of unmasked ANC members, some firing guns into the air, beamed onto their screens.

Despite what Sisulu says, it was a clear breach of the lockdown rules — and it was difficult to shake the memory that police have killed 10 South Africans, and arrested hundreds of thousands, for not following those same rules.

Those 10 people died because of what President Cyril Ramaphosa euphemistically described as "overenthusiasm on the part of the police".

Yet, police minister Bheki Cele said, the police had intentionally restrained themselves from acting at Nkandla to prevent the killing "of women and children". It illustrates not just Cele’s hypocrisy, but that of his entire self-serving party.

As if this wasn’t enough of an insult, a health department memo leaked this week indicating that ministers, deputy ministers, MECs and political office staff were going to be fast-tracked for Covid vaccines. It provoked a storm, not least because the reason SA’s vaccination rollout is so far behind is the ineptitude of (and looting by) the same bureaucrats who believe they’re entitled to special treatment.

As a result, the health department withdrew that circular — but the damage had been done.

If there was one message that was constantly reinforced this week, it is that those in power are more equal than everyone else.

This was why Zuma could sneeringly show the country’s apex court the middle finger, believing he is untouchable.

The ANC — a party that deputy secretary-general Jessie Duarte said this week "loves and respects" Zuma as an elder — has repeatedly allowed the former president to brazenly stomp all over the country, the constitution and the law.

This week, more than any other, showed that it is the ANC, not Zuma, that is the problem. He is a creation of ANC impunity, nothing more.

It’s hot in the kitchen: you can see Jacob Zuma’s desperation in the number of straws he is clutching at
Opinion
11 months ago

Former president Jacob Zuma’s disdain for the judiciary and the rule of law has finally caught up with him. Considering his intransigence, it was ...
Features
11 months ago

JOHN DLUDLU: ANC faces conundrum of saving face or uniting the party at all costs