As hard as our doctors try to fight the blaze, the province’s politicians continue to hobble them 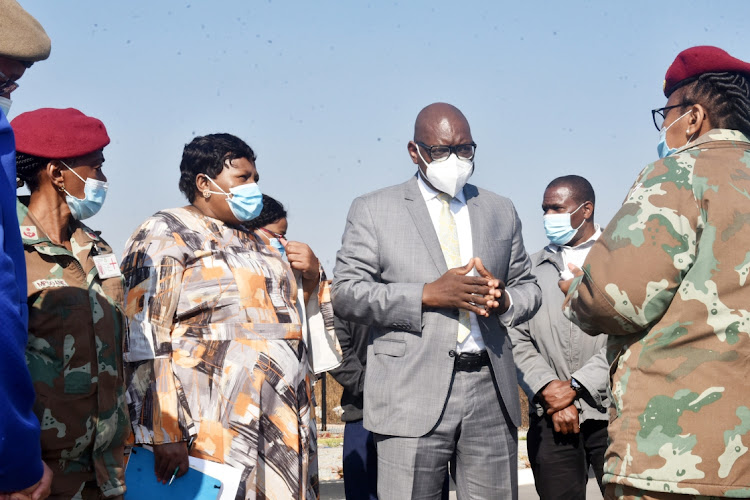 The house is burning and we have to douse the fire, Gauteng premier David Makhura told SA this week, as Covid cases rocketed alarmingly past every previous peak in the province.

"We are at a dangerous point," said Makhura, even as experts warned that a "worst-case scenario" has already materialised.

It underscores the stories you hear from weary doctors, of ambulances carrying sick patients circling outside hospitals waiting for a bed, of oxygen suppliers with growing waiting lists; all while the shortage of nursing staff, evident even before the pandemic, is now crippling.

And yet, to extend an apt metaphor, if the house is aflame, the fire engines are broken and nobody knows who stole the water hoses. As hard as our doctors try to fight the blaze, the province’s politicians continue to hobble them.

Last week it emerged that the state-of-the-art field hospital with 1,000 beds at the Nasrec showgrounds in the south of Joburg — set up at a cost of R350m — remains empty.

Gauteng’s health officials say the field hospital, which was used during the first and second waves, has been "decommissioned" and the equipment "moved out". And provincial health department spokesperson Kwara Kekana says the facility isn’t going to be reopened.

Which seems a strangely resolute decision, given that Makhura spoke of how Gauteng could run out of hospital beds within seven days. Pressed this week about whether they would reopen the Nasrec hospital, Makhura’s response was: "Never say never."

Which, given the crisis he describes, seems akin to weighing up whether to open the taps, or simply let the flames consume the house.

Equally mystifying is that a hospital on the West Rand, donated by AngloGold Ashanti and refurbished at a cost of R460m, has a budget to staff only 40 of the 175 beds.

As the DA’s Jack Bloom put it: "It is no surprise that the Special Investigating Unit is investigating possible corruption in the contracts awarded for refurbishing this hospital … This is yet another example of the vast waste of money that should have been used for extra beds and staffing at existing hospitals to save lives."

But then, this is a province that has blundered its way through the pandemic. Who will forget the R431m spent to "decontaminate" Gauteng schools, compared to the Western Cape’s R3m?

Critically, the Charlotte Maxeke hospital, which has an outstanding ICU and can cater for 300 Covid patients, is still closed two months after a large section of it was gutted by fire.

This week, Gift of the Givers founder Imtiaz Sooliman said those parts of the hospital that are safe must be reopened. "The public needs a rational explanation, as a matter of urgency, as to why it is two months since the fire … and yet this important facility is not functional at the height of the third wave," he said.

Only a fool wouldn’t have seen this coming. The government knew that, partly thanks to its delinquency in ordering vaccines, a third wave was inevitable. There was a window to plan for this eventuality — and it seems no-one did.

Is it some strain of irrational optimism that prevents our government from doing what it ought to, until the flames are licking at the door? Doesn’t it believe it’s as serious as the facts suggest? Is it inertia? Or do our leaders thrive on a country always on the edge of a crisis?

Diagnosing the pathology is less important now than ensuring they act: find the beds, find the staff, find the oxygen. No more excuses.