EDITORIAL: Scalded before, dare we hope this time? 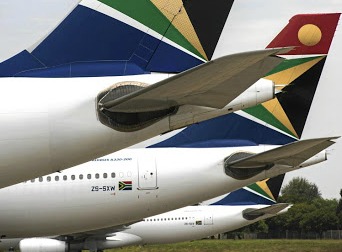 If it felt like tectonic plates shifted last week, it might be because they finally did. In two remarkable days, the government apparently embraced privatisation (in the case of SAA), while President Cyril Ramaphosa dramatically increased the generation cap for power production independent of Eskom, which could help to alleviate the prolonged power crisis.

Now, South Africans prone to premature optimism have been badly scalded before, but could these two events be the kind of growth-inducing game-changers the country has been craving?

The caveat, as always, is that these are the decisions of an ANC-led government, for which the national interest has, for years, been subordinate to what’s best for the party, and in particular, the pockets of avaricious officials.

And in the case of SAA, the "deal" immediately raises as many questions as answers. For example, how much capital will be needed; who is supplying it; and why have the buyers not completed their due diligence? Also, who else was invited to bid — and what did they offer?

This is, after all, a recently bankrupt airline operating in one of the most fraught industries in the world. That the consortium gets to assume an entity with no historical debt means that, at this stage, it stands to rake in 51% of all future upside, while taxpayers have had to stump up all the airline’s considerable liabilities — R14bn in terms of a prolonged business rescue process.

Then again, to find anyone willing to take the smouldering wreck of SAA off the government balance sheet, save jobs and cut losses is perhaps the best possible deal that could be struck.

It’s tempting to succumb to waves of relief that something remotely commercial has been struck, until you recall that had the government backed Vuyani Jarana’s merger with the highly rated Ethiopian Airlines in 2019, the money spent on SAA’s bailout could have been ploughed into SA’s decrepit rail system, say, or our vaccination rollout, or even our crumbling municipalities.

On the other hand, the move to allow companies to produce up to 100MW of their own power and, more importantly, send any surplus to the national grid, indicates that Operation Vulindlela, the joint initiative between the presidency and the National Treasury, may be more than just a nifty-sounding "task team" whose sole achievement will be swilling litres of coffee.

Indications are, however, that Ramaphosa pulled rank on mineral resources & energy minister Gwede Mantashe to make this happen — so it’ll be interesting to see whether the amendments to effect this grand energy liberalisation are completed in the 60 days that the president has given himself. A week, we’d argue, would show the state is serious when it says that load-shedding presents a "massive" risk to the economy. Then again, these blackouts are 13 years old.

As University of Cape Town energy expert Anton Eberhard said last week, the increase in the self-generation cap has to be accompanied by a willingness to liberalise the energy sector from other departments — notably the National Energy Regulator of SA and Mantashe’s ministry.

Business Leadership SA describes the developments as signals that the government is willing to "break from orthodoxy" and "shift the structure of our economy". They show it is "serious [about] holding up its side of the bargain in the agreed economic recovery plan to get SA growing again".

That it has come so late in the day, and at so much needless economic cost, means that while we may applaud the long-awaited action, the real gratitude should come from the dithering state, that it has been given this long by a placid electorate to get moving.

The speed at which news is emerging has created greater social anxiety. Little wonder people are reaching for the chemicals
Opinion
3 months ago

JUSTICE MALALA: Why did you wait till SA was on the brink, Mr President?

Clicks CEO Vikesh Ramsunder resigns to take up job in ...