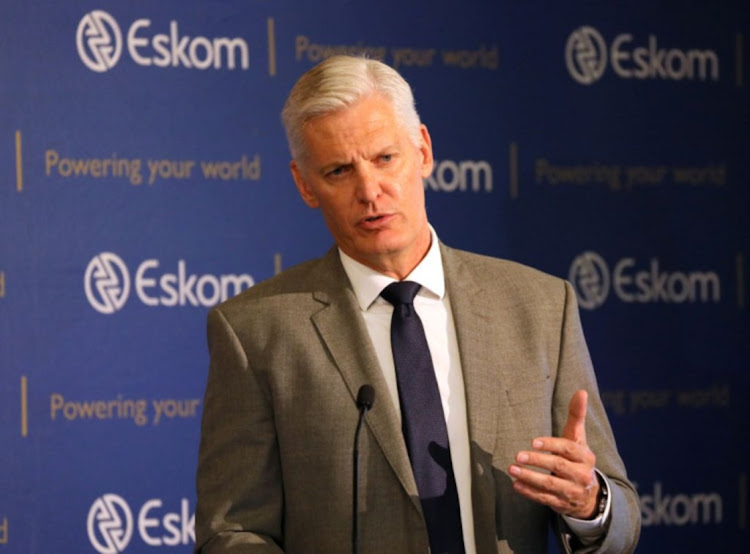 Eskom CEO André de Ruyter may have won the first battle against the racism claims against him, but the ruling delivered by former judge Nazeer Cassim in this case leaves a deep question mark over the parastatal’s leadership.

Last Friday it emerged that Cassim had found that Eskom’s chief procurement officer, Solly Tshitangano, who had clashed with De Ruyter, should be dismissed from the utility.

Tshitangano was facing five disciplinary charges, including for extending contracts to a company called Econ Oil, despite knowing that it had overcharged Eskom; but Tshitangano retaliated by writing to President Cyril Ramaphosa claiming that De Ruyter displayed a pattern of racist decision-making, preferring to appoint white companies, rather than black.

It was never going to be a simple case, partly because neither individual fits neatly into the lazy cookie-cutter stereotypes of saint and sinner. Tshitangano was a highly rated Treasury official with an unblemished track record and solid political connections, while De Ruyter was seen to be fighting the valiant fight against the copious amounts of reckless spending at Eskom.

Nonetheless, Cassim’s ruling was decidedly emphatic, flaying Tshitangano and excoriating Eskom’s board in the process.

By launching a probe into the claims of racism in the first place, Cassim said Eskom’s pusillanimous board was "fragile, if not weak". The board, he said, allowed Tshitangano to "use racial overtones to undermine a proper investigation into the contracts awarded to Econ Oil".

Cassim said that while Tshitangano had tried to "discredit De Ruyter on racial grounds", this issue wasn’t about race — it was about "dishonesty and corruption".

As emphatic as the ruling was, it would be wrong to extrapolate this to SA’s entire workplace. As analyst Xhanti Payi argues in this publication: "There can be no doubt that there have been instances where black employees have used racism accusations mischievously. However, this cannot justify the conclusion ... that such claims are the rule rather than the exception."

Workplace discrimination, in both its overt and more subtle form, is real — and to suggest it is always trumped-up would be wildly incorrect.

Rather, Cassim was addressing a specific situation in Eskom’s deeply fractured executive offices. But the ruling leaves a cloud hanging over the board, implying that even the new directors — who are meant to be an example of how the "new Eskom" would be a model of probity and independence — can be politically manipulated.

Still, this finding will embolden De Ruyter to take a harsher line on Eskom’s procurement. Econ Oil was emblematic of this wild profligacy.

A report, finalised by law firm Bowmans in October 2020, detailed how Econ scored contracts to supply Eskom with fuel worth R15bn at a time when Econ Oil’s director Nothemba Mlonzi allegedly made several payments, including a R100,000 "donation" to the ANC.

In the end, Econ Oil overcharged Eskom by R1.2bn, Bowmans said — though Econ is adamant this is untrue and a "smear".

But the fact remains, Eskom’s procurement department, which was headed by Tshitangano, was a train wreck of profligacy.

In an affidavit, De Ruyter revealed that Eskom was paying R26 per roll of single-ply toilet paper (price in the real world: R6), R51 per black refuse bag (roughly 20 times the real price), and R21 per litre of milk (only double the price).

Little wonder the entity has been levying extortionate price hikes of 15% on its direct customers, and 17.8% on municipalities. Eskom’s habit of casually fleecing the country, then squandering the cash, had become part of the culture.

Strip out the clash between Tshitangano and De Ruyter, and you’re left with one conclusion: that dysfunctional system has to change.

Eskom is paying about R2bn a week to keep on top of its debt repayments. It’s an unsustainable burden, yet there seems to be a lack of urgency in ...
Features
1 year ago

Not only is Eskom dealing with disciplinary inquiries for almost 3,700 of its employees, but serious counter-allegations are taking up valuable time ...
News & Fox
1 year ago

Where this will lead, in a utility as politically contested as it is financially broken, is anyone’s guess
Opinion
1 year ago
Next Article

SA business activity improves to a 13-month high in ...

Nampak shares leap after firm gets extra six months to ...

EDITORIAL: Rethink is needed on ending the Zimbabwean ...