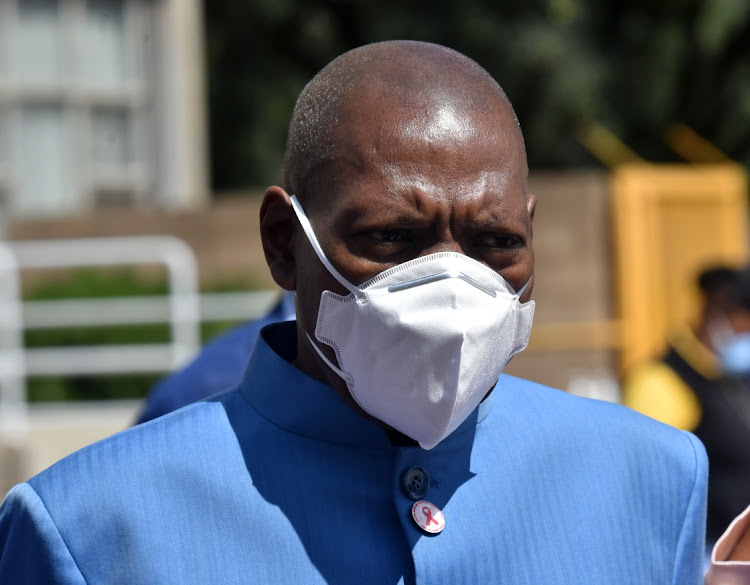 Pleading for time and space — which the department of health did this week, as allegations of gross financial misconduct were ventilated against minister Zweli Mkhize and a handful of family and friends — is a bit like being caught robbing a bank, then asking the cops to hold off while the getaway driver brings the car around.

The department’s statement was both plaintive and risible. "We wish to plead with the media and members of the public that the department be give [sic] more time," it said. "It would not at all serve much of a purpose if allegations that are under investigation are responded to publicly and not through an already established formal investigative process that will lead to proper legal recourse/action being taken."

There’s nothing like being lectured on accountability and "due process" by a department that has demonstrated no real understanding of the concepts. Had Mkhize any notion of the idea, he would have taken temporary leave while the Special Investigating Unit concludes its probe into a Covid contract handed out by the department to his friends and relatives.

The allegations, if proved true, could be fatal for Mkhize’s career, in part because they involve irregular spending of money meant to alleviate the most punishing health crisis to face SA, at a time where Mkhize himself is the figurative face of the country’s response.

Briefly, Digital Vibes — a company controlled by Mkhize’s family friend Tahera Mather and his former personal assistant Naadhira Mitha — was paid R150m for "communications" services between 2019 and 2021, first for the National Health Insurance scheme and then for Covid.

The estimate, however, is that only a quarter of this, R40m, actually went to pay legitimate expenses like salaries, Covid awareness adverts, design and maintenance work on the department’s coronavirus website.

"Legitimate" is not, by any stretch of the imagination, what you’d call the astonishing R3.65m that Digital Vibes was paid for "organising" Mkhize’s appearance on an SABC bulletin in December 2020, to announce the second wave.

Reflect on the ethical implications: charging a cash-strapped government to appear on the public broadcaster, in the interest of public health. The SABC would have fallen over themselves to interview Mkhize, and of course without charge.

Of this case, Mkhize has said: "Generally, ministers don’t get involved in procurement processes, and in this case I did not participate in the contracting process." It’s a wafer-thin excuse.

As journalist Pieter-Louis Myburgh, who broke the story, pointed out, even if Mkhize had been unaware of his associates’ dealings, these payments "occurred under his nose".

Aside from the SABC fiasco, this saga means taxpayer money allegedly funded the sort of expenses that characterise these now commonplace spending sprees: luxury clothing, spa treatments, home renovations and other personal expenses, according to Myburgh.

And yet, while the minister’s associates ate metaphorical cake, we learnt this week that a patient at Helen Joseph hospital was forced to order his own water, to supplement the measly daily ration of 500ml he was given. At other public hospitals, the FM has heard how doctors, facing spending curbs, are forced to use plastic shopping bags to perform rectal examinations, given the shortage of gloves.

It makes it worse for Mkhize that the Digital Vibes obscenity comes amid new allegations of how he, while MEC for finance in KwaZulu-Natal in 2005, helped transfer millions from the state-owned Ithala Bank to pay for Jacob Zuma’s criminal defence in the arms deal case.

Covid-19 jab does not give total immunity, warns Mkhize

Jab-funding plan on the cards

State will pay, but private health care will help those with no medical backup
Business
11 months ago
Next Article