EDITORIAL: The fee crisis that everyone could have seen coming 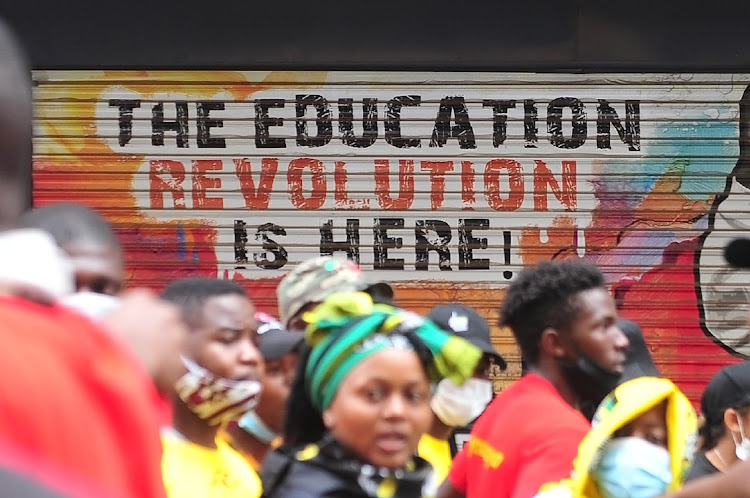 It is wholly unsurprising that the populist dream of free higher education is coming apart at the seams. Who could not have foreseen that just three years after the government made the rash promise to fully subsidise the studies of students from 90% of SA households it would blow up in its face, once the cash ran out?

One person who won’t be surprised is judge Jonathan Heher. In August 2017, the Heher commission, established by former president Jacob Zuma to determine the feasibility of free higher education, concluded that those who can afford it, must pay. "There is insufficient financial capacity in the state to provide totally free higher education and training to all who are unable to finance their own education," he said.

Heher made a deeply unpopular recommendation of income-contingent loans for everyone. These loans would be issued by commercial banks, and only once students graduated and earned over a certain amount would they be obliged to repay their loan. Repayment was vital to ensure the system remained sustainable amid low growth and constrained public finances.

However, the ANC had already committed to fee-free higher education for the poor. So, in December 2017, shortly before he was replaced as president by Cyril Ramaphosa, Zuma announced what every student wanted to hear: fully subsidised free higher education and training to those from households with a combined annual income under R350,000.

This covered well over 90% of households — which was always going to be too high, given that SA’s fiscal position was already unsustainable. Fast-forward to 2021, where Covid-19 has caused the number of households qualifying for free tuition to swell by about 100,000, while exacerbating SA’s fiscal crisis.

In the absence of policy reform to slow the pace of enrolment and trim all-inclusive bursaries, it has been left to finance minister Tito Mboweni to square the circle. He responded last month by cutting R8bn off higher education institutions’ medium-term budgets, while keeping the budget increases for the National Student Financial Aid Scheme (NSFAS) sharply below inflation.

But it was always going to be impossible to put the genie of free higher education back in the bottle. As long as a university degree remains a passport to a decent job — only 8% of graduates are unemployed — the government will face huge pressure to keep it free for poor and working-class students. So, the government did what it always does: instruct the National Treasury to find money somewhere. NSFAS will now get R5bn more in 2021 alone, scrounged from some other corner of the higher education budget.

There’s no sense in blaming a treasury trying to ward off a sovereign debt crisis for withholding funds. Year after year, it has warned that SA can’t afford to expand higher education enrolments and social grants, as well as offer free health care, unless economic growth rebounds above 2.5%.

If these unpopular decisions are not taken — because it’s too politically costly for the ANC — SA’s debt ratio will soon shoot through 100% of GDP, inviting a sovereign debt crisis. SA cannot avoid the social chaos that is coming down the track; unpopular policy trade-offs will cause social protests among the "losers" if adopted, but a debt explosion if they are not.

One way to minimise the impact on the poor is to slash wastage and inefficiency to the bone — even if it means letting delinquent state-owned enterprises go to the wall to safeguard income protection (and bursaries).

Clearly, the only sustainable way out of this mess is to accelerate economic reforms to raise the growth rate. But that is easier said than done.

Sasco, ANC top six agree in principle that universities should not exclude students with debt from registering
National
1 month ago