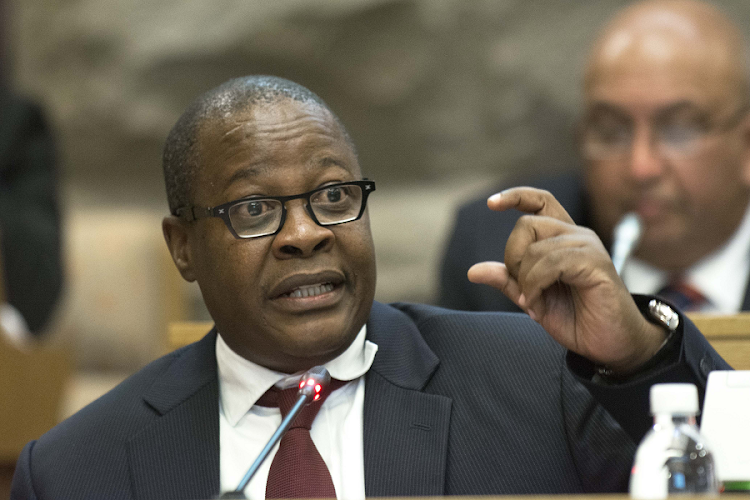 Two-and-a-half years and 300 witnesses after the Zondo state capture inquiry began, former Eskom boss Brian Molefe finally took to the stand — and delivered the performance of a lifetime.

Molefe painted himself in the most flattering light. In this telling of it, it was he who eradicated load-shedding and cracked down on corruption for the greater good. But it wasn’t easy being a hero: he had to defy a cast of villainous but powerful characters, going all the way to the top.

SA’s courts, he claimed, have been duped into buying the narrative of state capture, while former public protector Thuli Madonsela — whose report first shone a light on Molefe’s conduct at Eskom — behaved unlawfully. Her 355-page report, Molefe argued, was put together under suspicious circumstances and used by the media to lynch certain people (like him).

But since Madonsela’s report had revealed how Eskom, under Molefe, had bent over backwards to help the Gupta family buy Optimum Coal from Glencore, Molefe also spent much time weaving a dark conspiracy to trash both Glencore and President Cyril Ramaphosa.

As Molefe told it, Glencore had first bought the unprofitable Optimum without doing due diligence. So, it then tried to use its BEE partnership with Ramaphosa, and his influence as then deputy president, to ensure Eskom coal supply deals were renegotiated in favour of the mine.

Glencore, with Ramaphosa on board, wanted the utility to waive R2bn in penalties, while pushing the price it would get for selling coal to Eskom up from a loss-making R150 a ton to R530, he said. This would have benefited Glencore to the tune of R8bn over three years, while leading Eskom to "financial ruin", he declared.

The conspiracy went deeper: as deputy president, Ramaphosa headed the Eskom war room, which meant he acted as its de facto chair. "Mere mortals like myself simply do not stand a chance when we [are pitted] against these powerful forces that are trying to extort R8bn from a state-owned entity, Eskom," he lamented.

It’s a nice story, with titillating ingredients. But it’s just that: a story, with gaping holes in the plot.

Ramaphosa’s involvement did not lead to Glencore beating out the "mere mortal", Molefe. And if, as he suggests, Ramaphosa tried to help to protect Glencore, he did a decidedly shoddy job.

In fact, Eskom’s insistence on getting the R2bn in penalties, and its refusal to raise the coal price to cover costs, led Glencore to throw in the towel and sell Optimum. Nobody "rescued" Glencore.

And, don’t tell Molefe, but Ramaphosa sold his stake in Optimum before he was appointed deputy president in May 2014 — seven months before the Eskom war room was formed and a year before Molefe became Eskom CEO.

As for Molefe’s claim that he protected Eskom from financial ruin, well, it’s interesting that the utility prepaid R1.16bn to the Guptas so they could buy Optimum — and then Eskom wrote off those penalties entirely.

And there was a hint of Bell Pottinger flair there too, as Molefe told the commission that the focus on the Guptas’ company was odd, compared to how little attention is given to the trillions in contracts given to rich white companies.

Molefe will return soon to Zondo, but it’s clear any hope of contrition is misplaced. Instead, expect more wild conspiracies and tales of heroism (his). As long as you don’t fact-check what he says, it makes for an enthralling tale.

Former Eskom CEO says Eskom and the SIU failed to provide details about the alleged conspiracy with the Guptas to loot R3.8bn
National
6 months ago

Guptas challenge Eskom and the Special Investigating Unit as they try to claw back R3.8bn

Sweeping electoral reform on the cards for SA