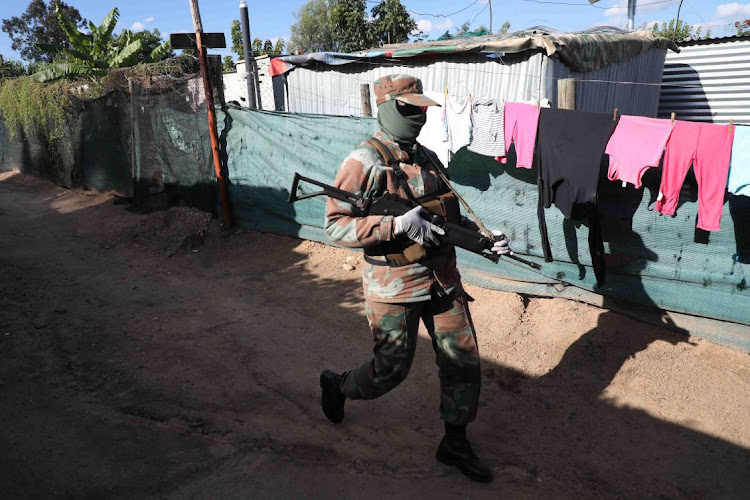 In an ominous tone, KwaZulu-Natal premier Sihle Zikalala threatened last week that, given the trend in Covid-19 cases, “we can safely say that we are definitely going back into a hard lockdown, if there is no urgent and drastic change in behaviour”.

You can see why that would be a seductive idea for the politicians: use the blunt instrument of force to leverage greater control over your population, and force a specific outcome.

Only, politicians aren’t doctors; any remedy of a lockdown will manifestly fail to address the underlying symptom of a rise in Covid-19 cases.

This week, a group of SA’s top medical scientists — Shabir Madhi, Glenda Gray, Francois Venter, Marc Mendelson, Lucille Blumberg and Aslam Dasoo — wrote a thoughtful diagnosis of how to react to the “second wave” of infections, which they say seems inevitable.

They argue: “Any claim that the highly restrictive lockdown was successful in preventing community transmission of the virus, and contributed to the first wave waning, is inaccurate.”

More importantly, given Zikalala’s threat, the scientists say: “There is even less chance now of being able to achieve sustained suppression of virus circulation in SA through a lockdown than was the case when circulation initially started.”

Clearly, that’s not what politicians want to hear. No surprise, then, that a few weeks ago, health minister Zweli Mkhize axed a number of those doctors from his new medical advisory council — including Madhi, Venter and Gray.

There were several reasons the first lockdown failed, the scientists say. For one thing, the inability to scale up community testing to the right level, and to trace contacts, meant there were big holes in SA’s Covid-19 response.

The incoherent rules — which allowed people to go to church and sit at 100% occupancy in taxis, but not have family gatherings — were always doomed to fail at preventing infections.

Would any of those be different were we to have another hard lockdown? Well, no. Clearly.

The best solution, the scientists argue, is adhering to tried-and-tested interventions, like wearing masks and practising hygiene and social distancing. In some areas, they say, “smart, targeted and strictly limited restrictions must be urgently devised”, based on credible surveys.

Clearly that sort of solution is not another hard lockdown, as Zikalala seems to want. Hawkers of roast chicken and open-toed shoes ought not to fear.

“The type of hard lockdown imposed in March … will also significantly undermine any chance of an economic recovery, without achieving any meaningful net health impact,” the experts say.

So why do politicians reflexively grasp for another lockdown, despite evidence from scientists that the previous one failed to work?

Maybe it’s a lack of creativity: they realise something must be done, but aren’t quite sure what. So they revert to a centrist command-and-control model.

Or maybe they’re not talking to the right people. After axing some top scientists from his medical advisory panel, Mkhize is also now listening to a ‘social and behavioural change’ advisory group of religious and labour leaders.

Instead, he should heed the scientific evidence. And he should stop politicians like Zikalala from mouthing off until they know what they’re talking about. At this point, everybody knows that talk of another “hard lockdown” is just naked politics.

Will we kill our future because we lack the courage to live now?
Opinion
10 months ago

If the government imposes further restrictions to counter a second wave, it would do so cautiously and well aware that compliance is by no means ...
Opinion
10 months ago
Next Article

TOM EATON: If a second wave comes, can we at least surf for better statistics?

TOM EATON: If a second wave comes, can we at least surf for better statistics?