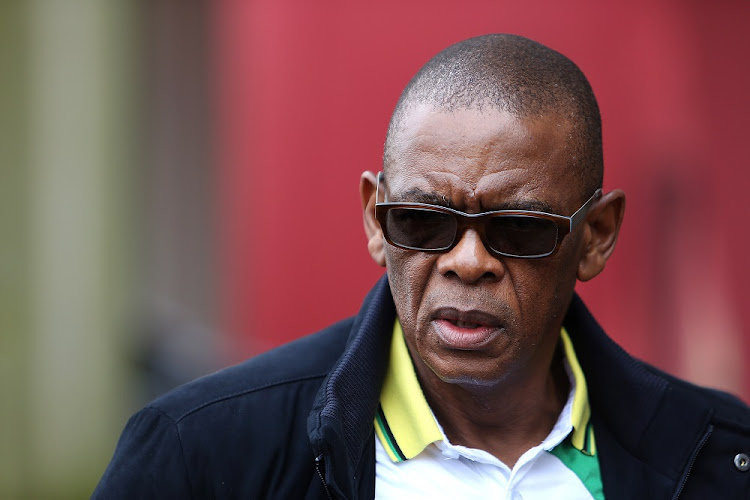 Nelson Mandela had the "Madiba shuffle". Thabo Mbeki preferred more aloof, urbane pursuits — cigars and cognac and pontificating about such high-minded matters as the link between HIV and Aids, and how to appease Robert Mugabe. Jacob Zuma affably giggled his way through parliamentary question sessions and was wont to demand the odd machinegun. Cyril Ramaphosa writes letters.

As presidential calling cards go, it’s pretty benign. It could even be considered quaint and charming, were it not for the fact that Ramaphosa’s missives often feel as if they’ve been written by someone from another country, rather than the man leading the ruling party. His letters often betray an air of naive surprise at the shocking state of the nation, and not a hint of contrition for the ANC’s starring role in creating the mess.

So it was refreshing, on Sunday, to see the president take a more pragmatic tone in a letter to his fellow ANC members. His focus was on the "unforgivable betrayal" of corruption that has bedevilled the government’s Covid response — "the stories of tenders of personal protective equipment that have been given to individuals associated with ANC leaders and of public servants flouting the law in issuing tenders".

The letter is a refreshing mea culpa for the party — a recognition of the integrity vacuum that allows some to exploit "a grave medical, social and economic crisis to wrongfully enrich themselves", and a remedy for action.

On paper, it’s commendable. Only, the ANC has promised to crack down on corruption in every one of its election manifestos since 1999.

Ramaphosa himself was supposed to be a "new broom", who promised to root out the rot in December 2017, when elected at the party’s 54th national conference. How has it taken 32 months to decide the party must now "implement without delay the resolutions of our 54th national conference on dealing with corruption"? You’ll excuse us if we don’t hold our breath. And that’s not just because of the culture of inertia in the ANC — it’s the culture of impunity too.

Ramaphosa promises that "we cannot hope to win back people’s trust if we continue to allow cadres who are charged with criminal conduct for corruption to occupy positions of responsibility within government and our movement".

But who will read his letter to Ace Magashule, party secretary-general, Pierneef enthusiast and father to two budding tenderpreneurs? Perhaps former eThekwini mayor Zandile Gumede, freshly sworn into the KwaZulu-Natal legislature while out on bail for her role in an alleged R430m solid waste scam? Or Magashule’s Free State compatriot and dairy lover Mosebenzi Zwane? Or Bongani Bongo: his schedule should be clear, now that his bribery trial has been postponed.

If you have any doubt about the intention of the ANC to restore integrity and jettison the tainted, consider that Zwane and Bongo were both chosen to head up committees in parliament. As were Faith Muthambi, Supra Mahumapelo, Tina Joemat-Pettersson and Cedric Frolick. And in June, the party reinstated ANC Limpopo treasurer Danny Msiza, along with provincial deputy chair and former Vhembe mayor Florence Radzilani — both implicated in Terry Motau’s report on the looting of VBS Mutual Bank. And there’s more.

It’s true that Ramaphosa cannot force prosecutors to act to ensure justice is done — it’s not his mandate. But, as an easy start, he can clean up party appointments. If he wants us to believe he’s serious about putting a stop to patronage politics, South Africans need to see action. And there’s no shortage of places to start.

RAZINA MUNSHI: Will rogue ANC members be sent to the naughty corner?

South Africans seem to have shrugged off Cyril Ramaphosa’s letter as a cosmetic move that does nothing to mask the role the ruling party played in ...
Opinion
8 months ago

Today, the ANC and its leaders stand accused of corruption. The ANC may not stand alone in the dock, but it does stand as Accused No 1
Opinion
8 months ago

TOM EATON: Relax, comrades, tenders for the graft hotline will be sorted

TOM EATON: Relax, comrades, tenders for the graft hotline will be sorted

TFG hit by UK lockdowns but saved by Jet