The XC90 is a big, bold seven-seater SUV made for the outdoors 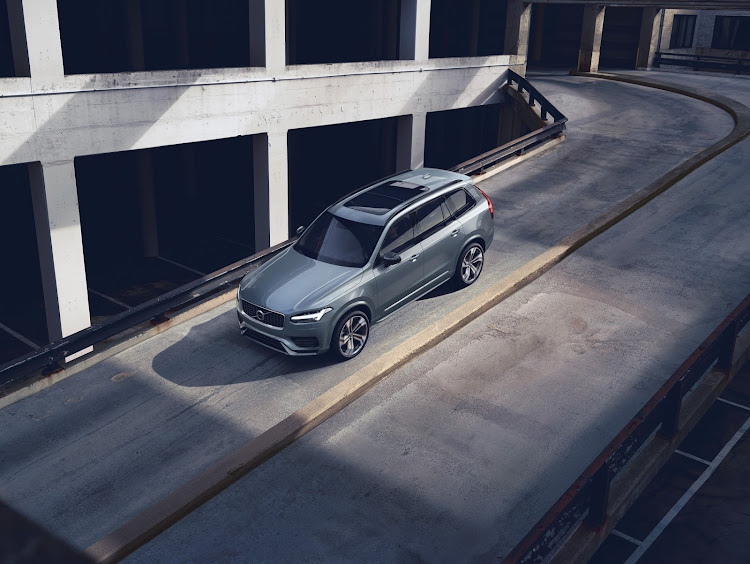 After decades of unobstructed views, we finally fenced off our front garden from the street this month. The number of loose dogs invading our quiet cul-de-sac — most of them from nearby streets where homeowners take an increasingly laissez-faire attitude to their control — made it unavoidable.

They were endangering not just our cats but also a pair of dikkops* that return annually to nest and breed in the garden. It’s one thing for the resident local owl to occasionally snatch a chick, but quite another for dogs to terrorise our avian visitors (which, by the way, terrify our cats).

One dog, though, decided to make a statement before losing access. As workmen were preparing to install the final piece of fencing, I came out of the garage to find a huge mutt showing undue interest in the Volvo test car in the driveway.

I chased the dog away and thought no more about it — until two days later, when I returned the car to Volvo and a company representative found bitemarks scarring the bodywork beneath the radiator. Had it happened to my own vehicle, a bakkie, I would have shrugged it off. But this was a R1.56m luxury car made of specialist materials. I’m still frightened to ask about the repair bill.

To be fair, the dog had good taste. During the week that I drove the plug-in hybrid-electric Volvo XC90 T8, I also enjoyed getting my teeth (figuratively) into what turned out to be an excellent car.

The Volvo brand is in the vanguard of the global shift towards electric vehicles (EVs). It plans to stop building petrol and diesel cars by 2030. In SA, where it is traditionally associated with turbodiesel engines, the lineup is already moving towards an emission-free goal.

The XC90 is a big, bold seven-seater SUV made for the outdoors

The XC90 — or, to give it its full name, the Volvo XC90 T8 8-Speed Geartronic FWD R-Design — has two engines. The lithium-ion battery-pack motor, offering 107kW of power, has a single-charge range of about 55km in pure electric mode. If you use the vehicle mainly for the school run or to commute to and from work, you can avoid buying petrol by topping up overnight with a home charging kit, which Volvo will provide and install.

I don’t have a kit but was pleasantly surprised by the distance I achieved on a single charge. Other reviews have commented on how, when Volvo says 55km, it means exactly that. I managed rather more.

Not all of us commute short distances, so the second engine, a 2l petrol engine with 233kW, provides the power for long journeys. Use the two together in hybrid mode and drive conservatively, and Volvo claims fuel consumption of just under 2l/100km.

Of course, saving the planet isn’t the only reason people buy EVs. Most also want a vehicle they can enjoy. The XC90 is a big, bold seven-seater SUV made for the outdoors. Volvo says most premium-car owners drive less than 50km daily, but if I owned one (not that I could ever afford it), I would want to use it properly.

That’s why, one afternoon, I took it to the wide-open back roads of Gauteng and North West, where cars and trucks are scarce. Released from the confines of traffic jams and robots, the XC90 showed what it’s capable of. Despite its dimensions, it handled like a small car but also felt solid and secure. It obviously enjoyed being let off the leash. Like the guilty dog, it likes to show its teeth.

From my brief encounter with the XC90, it offers the best of both worlds: cost-saving commuting and a car utterly suited to long trips.

Being a Volvo, passenger safety is inevitably a priority. Features include lane-keeping aids, road-sign information, heads-up windscreen display, front-and-rear collision warning, parking assistance, and sensors that detect pedestrians, cyclists and animals on the road ahead.

The warranty and maintenance plan on the XC90 are both good for five years and 100,000km.

* Officially, the bird is called the spotted thick-knee but to South Africans it will always be a dikkop.   ​

Electric cars are now more desirable to consumers than traditional ones, a new report suggests
Opinion
3 weeks ago
Next Article