Sri Lanka’s travails are a template of what could face more vulnerable developing countries. And the path towards fiscal recovery isn’t easy 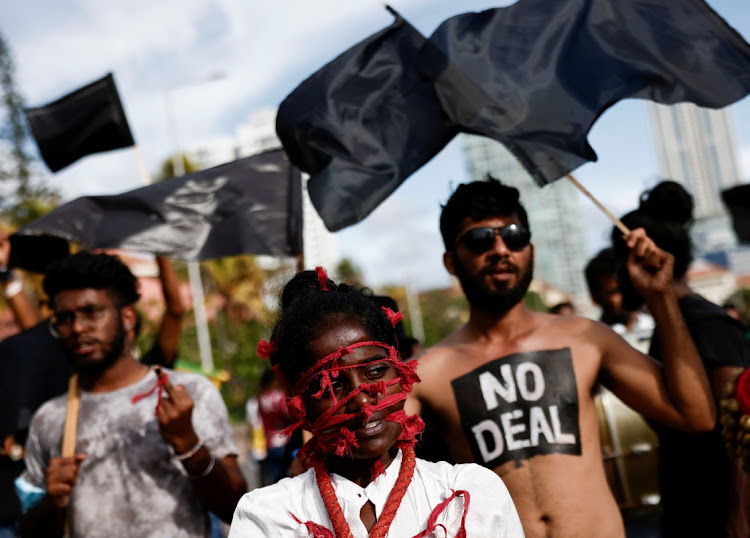 Carmen Reinhart, chief economist of the World Bank, warned a few months ago that “policymakers need to prepare for the possibility of debt distress when financial market conditions turn less benign, particularly in emerging market and developing economies”.

That turning point has likely been reached.

Frustrations over a deepening economic crisis bubbled over in Sri Lanka earlier this year as residents faced daily 13-hour blackouts, soaring food prices and acute shortages in fuel and medicines.

However, it was the shock of Covid on Sri Lanka’s tourism earnings and the war in Ukraine that tipped the economy into its worst economic crisis since obtaining independence in 1948.

The worry is that more dominoes may topple, and that Sri Lanka could be the first in a string of financial crises in low-income developing economies.

Thankfully, there are some mitigating factors.

The International Monetary Fund (IMF), for example, says that the Heavily Indebted Poor Countries Initiative, launched in 1996 to provide debt relief to the most heavily burdened poor nations, has ensured that low-income countries face fewer debt challenges today than 25 years ago.

And yet debt has continued to rise in the past decade against a backdrop of cheap money, high investment needs and poor fiscal practice.

As a result, the IMF says the proportion of low-income developing economies that face a high risk of external debt distress, or are already in distress, has doubled from 27% in 2015 to 56% in 2022.

What’s more, the complexity of debt restructuring efforts has increased as the composition of sovereign debt in low-income developing countries is more diffuse. In particular, there has been a major rise in debt dependency on China and on private bondholders.

In November 2021, the Journal of International Economics said that as of 2017, China had become the world’s largest official creditor, surpassing the World Bank and the IMF.

Moreover, the World Bank has shown that poorer nations are shouldering a growing share of variable-rate debt (doubling between 2005 and 2020 to 30%), which raises their vulnerability in a higher interest rate environment.

Rising costs of debt from foreign lenders pose an additional challenge for countries that are net importers of commodities or those reliant on tourism.  And this is particularly risky for countries where flawed policy frameworks and impaired fiscal apparatus were apparent even before the pandemic.

In Sri Lanka’s case, discussions with the IMF for a programme to address its economic challenges may require significant cuts to government expenditure, as well as structural reforms to enhance growth and strengthen governance.

Returning the economy to a more sustainable debt path will entail remedial actions that will likely make life more painful for ordinary Sri Lankans in the short term.

A restoration of debt sustainability would also require a reprofiling of debts from its bilateral creditors — such as China, which accounts for about 10% of Sri Lanka’s total external debt.

Except, critically, China has been clear about its reluctance to accept a haircut on money it is owed, as it would then have to offer similar terms to its other struggling debtors.

Sri Lanka is a harbinger of the problems a number of other countries may soon face. Worrying fiscal projections, weakening global demand and tighter monetary policy amplify the debt conundrum facing many low- and middle-income countries.

If left unchecked, this could very well trigger the next episode of global financial instability. Pre-emptive action is needed to resolve the approaching debt crisis in these nations.

What sort of action, you ask? Well, earlier engagement with creditors can help to clarify debt restructuring steps. And  imposing a standstill on the interest payable on debt during restructuring talks could alleviate the immediate pressure.

Also, a more transparent debt management process, equitable treatment of creditors and processes to resolve disputes should mitigate the probability of debt crises.

Over the longer term, these countries need to ensure they have sound domestic policies, credible fiscal frameworks and good governance over borrowed funds. Not only will this strengthen their fiscal health, it will help the most vulnerable nations develop much-needed resilience against future debt shocks.

* Packirisamy is an economist at Momentum Investments