JUSTICE MALALA: Zondo was worth that R1bn — and more

The commission has proved that our country — despite its many challenges — still seeks light over darkness, accountability over impunity, and right over wrong 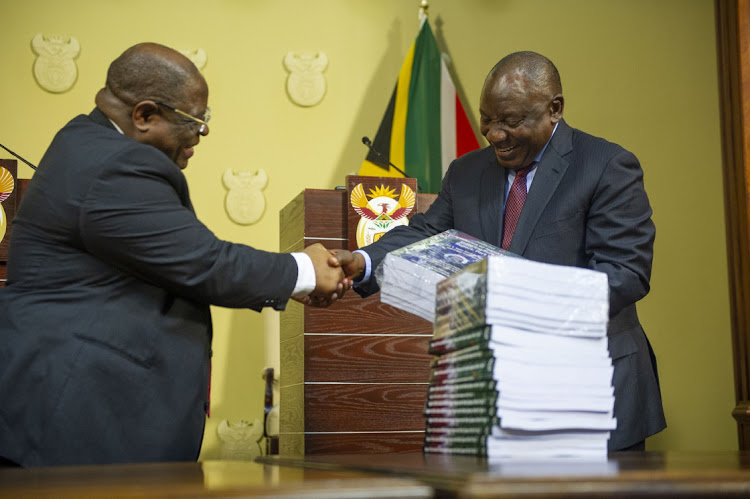 The Zondo commission of inquiry into state capture was worth every cent the people of SA have spent on it. It would be worth it even if we had spent double the R1bn we have reportedly paid for it so far.

Over the past few months many have questioned the value of the four-year inquiry, but, with the unveiling of the final parts of its report on Wednesday, the commission has proved that our country — despite its many challenges — still seeks light over darkness, accountability over impunity, and right over wrong.

The light of accountability and democracy is dying in many parts of the world. Leaders are tearing up the rule books. Russia continues to bombard Ukraine. The UK this week indicated it could walk away from key EU human rights agreements. Corruption runs rampant in many jurisdictions.

Amid all this, the Zondo commission has been a straight arrow in a world of crookedness, a beacon in a darkening landscape. We should be proud of its achievements even as we seek ways to bring the perpetrators of the crimes it enumerates to justice.

Many will disagree with me, of course. On social media, sock puppets have tried to denigrate the work of chief justice Raymond Zondo and besmirch his name. Without any evidence, they have concocted conspiracy theories around him, painting him as a lackey of President Cyril Ramaphosa and a yes-man of the establishment. They conveniently forget that Zondo was appointed by their idol and the arch-villain of the report, Jacob Zuma.

Predictably, the whingeing and whining about Zondo has come from those implicated in the commission’s final report. They have been exposed as thieves and now seek to avoid accountability by discrediting the report and its authors.

They have already failed. It may well be that, because of weak prosecutorial processes and institutions, we will never prosecute those named in the report. It may be that we never see them in orange overalls because, like Zuma in his corruption trial, they will try to tie prosecutors up in knots through delaying tactics.

Yet, we all know that the main and urgent point of the Zondo commission was to bring to light that which was hidden throughout the Zuma administration. Today, with the final parts of the report before us, we can see the thieving and the lying laid bare. The report is there for all to see. They may not be on trial or in jail, but we know the thieves. We see them. They are exposed. The hidden hand of state capture is caught in our headlights.

The Truth & Reconciliation Commission (TRC) had many deficiencies. Yet thanks to the reports, testimonies and documents that the TRC collated and left behind for us, much of the truth of what happened under apartheid was laid bare. Even with the millions of documents destroyed by apartheid agents on the eve of democracy in 1994, we still know enough to know that a crime against humanity was committed here. Even without the perpetrators being prosecuted or jailed, our knowledge of what happened here under apartheid shames the perpetrators. It is there. It is in the light.

We know about the industrial-scale thievery at state-owned enterprises, in government departments and at the spy agencies

The failure of the TRC process was that the government did not follow up and prosecute perpetrators. Indeed, it seems increasingly clear that our own post-apartheid leaders deliberately chose to look away and not allow prosecutions to take place. We must all hope that that does not happen in the case of the Zondo commission.

Even if it does, the truth is out. We know about the industrial-scale thievery at state-owned enterprises, in government departments and at the spy agencies (it is impossible to call them “intelligence” agencies when they were quite openly the former president’s gang).

Which brings us to the three men at the centre of the report — Zondo, Zuma and Ramaphosa.

Zuma was pressured by his loss of power in December 2017 to appoint the commission and for Zondo to head it. The commission has savaged him. He must face the music.

Ramaphosa is in trouble over his foreign currency debacle. Yet history will record that he is the SA president who tried to lead us away from the precipice state capture had brought us to.

Zondo has been a principled South African and a true marvel throughout. If the people in our top judicial offices have just half of his qualities, there is great hope for our country.

Today, however, the personalities don’t matter. It is the release of this detailed, exquisite piece of work that we should celebrate. The journey to a corruption-free country is long and arduous, but the Zondo report takes us a few hundred steps forward. Its light is shining on the dark corners of our country. We cannot say we did not know.

When there is light shone on the shenanigans of our power elites then we, the people, are empowered. The bad guys have fought tooth and nail to undermine, discredit, delay and torpedo the work of the commission. They have failed, and we, the people, are the winners.

This torch was worth every penny.

‘There was a time when I wasn’t sure that this day would come,’ says chief justice
National
1 week ago