DAVID FURLONGER: Tech-en for a ride 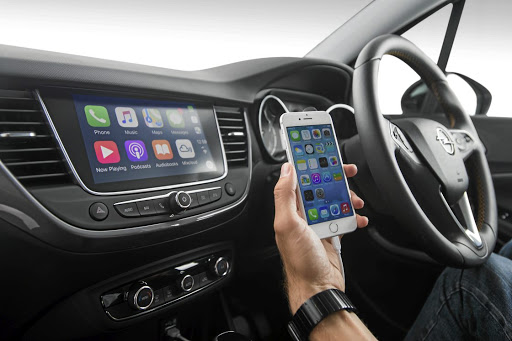 Are technology giants like Apple, Amazon, Microsoft and Google planning a takeover of the global motor industry? Established motor companies are becoming increasingly reliant on the input of technology groundbreakers. But will they, as one leading analyst suggests, use their influence as a “Trojan horse” to eventually run the whole show?

Mark Boyadjis, head of mobility technology consulting at international automotive market intelligence company S&P Global Mobility, says that in the past, tech companies were mostly limited to in-car entertainment. Now, as cars become more complex, with the development of self-driving vehicles and technology that controls almost every vehicle activity — including the override of driver decisions — they threaten to become all-powerful.

Boyadjis says: “They are not coming in to take part. They are trying to rewrite the rules.” He says the motor industry must avoid a repeat of what happened to the music industry at the start of the century when Apple promoted its iTunes product as a means to protect the music industry from piracy. Instead, says Boyadjis, it led to the collapse of large sections of the industry and gave Apple dominance.

In the motor industry, he says, tech giants “are moving to dominate the cabin experience and more”. Artificial intelligence, automation, data, electrification and shared-mobility platforms that allow consumers to pay for the use of several forms of transport, rather than owning one, all require cutting-edge technology. So do systems that allow cars to “talk” to each other and to transport grids, to warn of traffic jams and other hazards.

Drivers themselves want to be in constant touch with social media, friends and entertainment. They also rely increasingly on technology to control car speed, following distance, staying in lane, parking and even braking. This is all rich pickings for tech companies.

“Big tech wants to control every part of our life and mobility user experience is one of the last horizons,” says Boyadjis. “They are investing to dominate.”

Some tech companies are already developing their own cars. It’s an open secret that Apple, through “Project Titan”, has been working on a self-driving car for some years. No firm date has been set for its launch but estimates range from 2024 to 2028. Amazon has been directly involved in the design of electric delivery vehicles, and Google in self-driving cars. Microsoft has developed strategic partnerships with companies like General Motors and Volkswagen, to secure its automotive future.

Tech companies don’t want to become full-scale vehicle manufacturers, says Boyadjis. Engineering and manufacturing would be outsourced. But they do want to play a leading role in design and content.

There is one obstacle, however, that even the most ambitious tech companies are battling to overcome: the border separating China from the rest of the world

There is no guarantee that this control transfer will happen, but Boyadjis says motor companies must wake up to the risk and avoid sleepwalking into subservience. Tech companies “are overreaching and capturing too much of the customer experience.”

He notes than in 2014, Apple launched CarPlay, which allows motorists to use iPhone features like phone calls, messaging, navigation and music while driving. By 2021, S&P estimates the system was in 40-million new vehicles, or 36% of motor industry production. Similar products from other companies were in most of the others.

This month, says S&P, Apple announced that the next generation of CarPlay would also be able to manage speedometers, seat heaters, temperature gauges, fuel and electric-battery levels, tachometers and climate control.

These are all things that used to be the preserve of motor companies and their traditional components suppliers. While Boyadjis welcomes the fact that tech companies’ innovation is driving the industry forward, he wonders how much more control can be surrendered before the master becomes the servant.

There is one obstacle, however, that even the most ambitious tech companies are battling to overcome: the border separating China from the rest of the world.

China is both the world’s biggest vehicle market and the biggest vehicle producer. Its protectionist policies severely limit the ability of Western companies to put their technology in vehicles made or sold there.

Likewise, Western technology sanctions, based on accusations of espionage-style data breaches by Chinese tech companies, means the likes of Huawei, Baidu and Banma don’t have free rein outside China — even if their technology is built into Western car brands exported from China.

“There are security concerns that have been exposed over the past couple of years,” says Boyadjis.

YouTube video playback will come to all Volvo cars with Google built in, reflecting a continuation of the partnership between the car and tech giants.
Life
5 months ago
Next Article